Midnight Suns Magik Build Guide: How to use Magik – In this Marvel’s Midnight Suns Magik Build Guide you will learn how to use Magik in combat effectively, as well as the Ability Cards you should use in order to get the most out of this hero. We’ll also explore two different strategies for combat and how they differ from each other – including how they affect your party. Let’s delve into it!

Magik is one of the first characters you begin the game with. She is a Crowd Control and DPS oriented class and is one of the tougher characters in the game to setup properly. There is an ‘‘easier’’ way to play her that we’ll touch on later in this article, but we’ll focus mainly on the set up I found to work best, which is more of an advanced version. 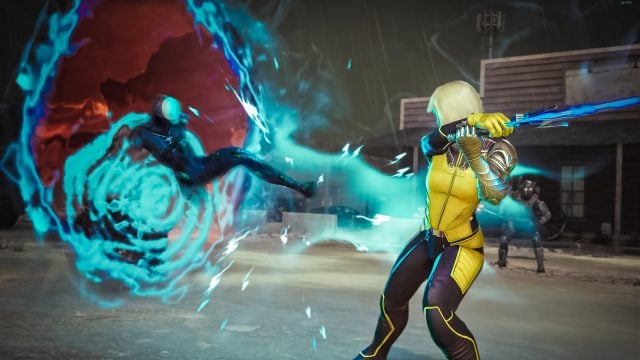 The “thing” about Magik is that she has a huge focus on Portals. She opens them for the characters throughout the whole game, and her passive bonus actually gives her a chance to gain a portal for free, which you can then cast on the battlefield. There’s a very slim chance of it happening at the beginning of the game, but it goes up as you upgrade her passive ability and become more friendly with her.

What Cards to use with Magik in Midnight Suns? 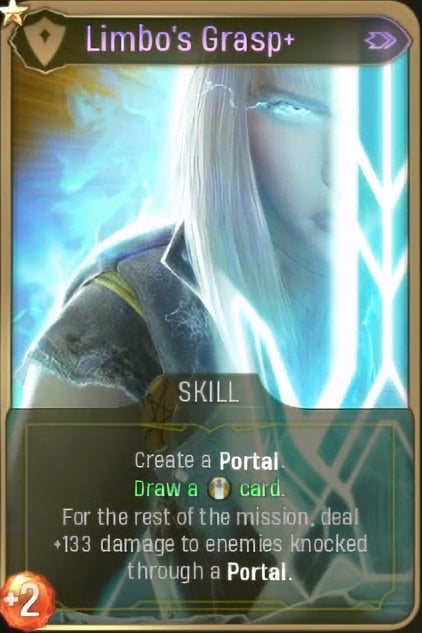 Limbo’s Grasp allows you to deal damage to enemies when you knock them through portals, on top of whatever damage you might deal from them landing into environmental objects. When upgraded, it also creates a portal that can be used to knock enemies through, dealing increased damage. Adding modifiers to it, you can also draw a Magik card when using it.

So if you play it, place your portal, draw a Magik card, maybe one of those cards have Knockback on it, and then you can knock them through the portal, hopefully into something that explodes and does an AOE. That’s pretty much the best combo you can do right at the beginning of a mission, so you definitely want to draw this card at the very beginning of your fight. 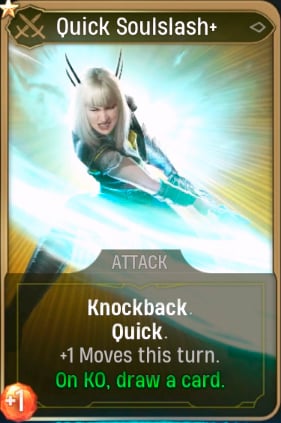 This is a Quick ability, meaning if you defeat an enemy with it, you get your card play refunded. Quick Soulslash also has Knockback, so if you knock an enemy through a portal and dies, you get your card play back – enabling you to knock some more things through portals. And it also gives you an additional move, and that’s great, given she doesn’t use a lot of Heroism. She builds it very easy but doesn’t use it. So she can just use a lot of Heroism on environmental objects, and Moving is the key to doing that successfully. 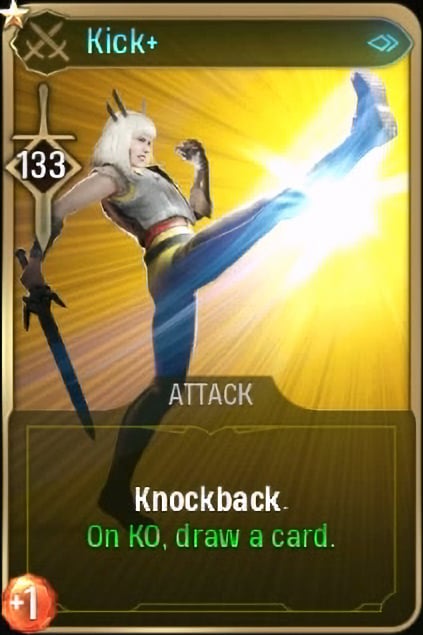 Kick is a fairly good damaging ability that generates 1 Heroism and has Knockback on it. It’s very important that your attacks have Knockback if you’re going to go to the portal strategy. If you have a portal out but you only have attacks that don’t push enemies back, then the portal is pretty much wasted. That’s one of the reasons we use Kick, but also because you can modify it in order to give you a Magik card whenever you KO an enemy. So if you kick an enemy and defeat them (hopefully through a portal), you can then grab a Magik card – which might be a Quick Soulslash or a Limbo’s Grasp. 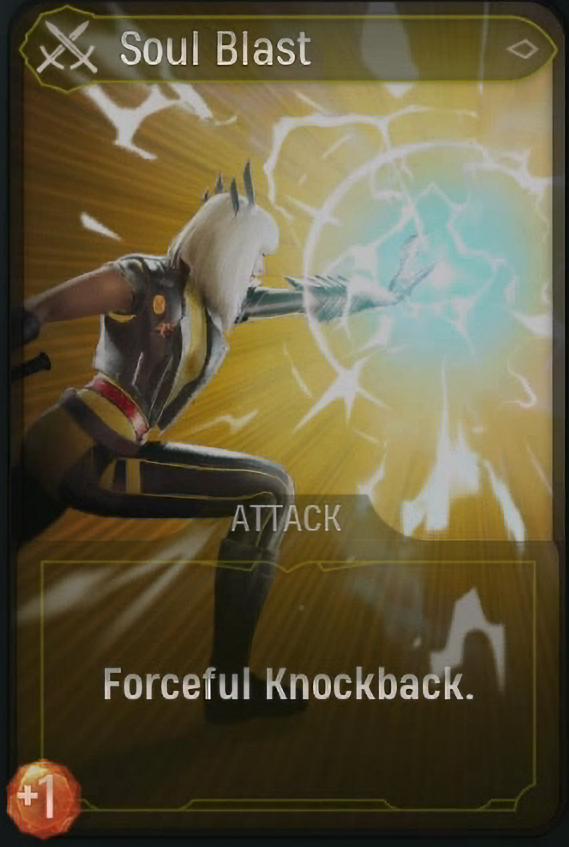 A good alternative to this last card, Kick, is Soul Blast. This will allow you to perform a Forceful Knockback, and on KO you gain Counter. These are really good for Magik because enemies tend to focus a lot on her whenever she’s on the battlefield.

You could use two Soul Blasts here instead of two Kicks, or you could have one and one. The downside of Soul Blast however, is that it doesn’t deal any innate damage, meaning if you can’t knock enemies into something, Kick will then come out ahead, so just keep that in mind. 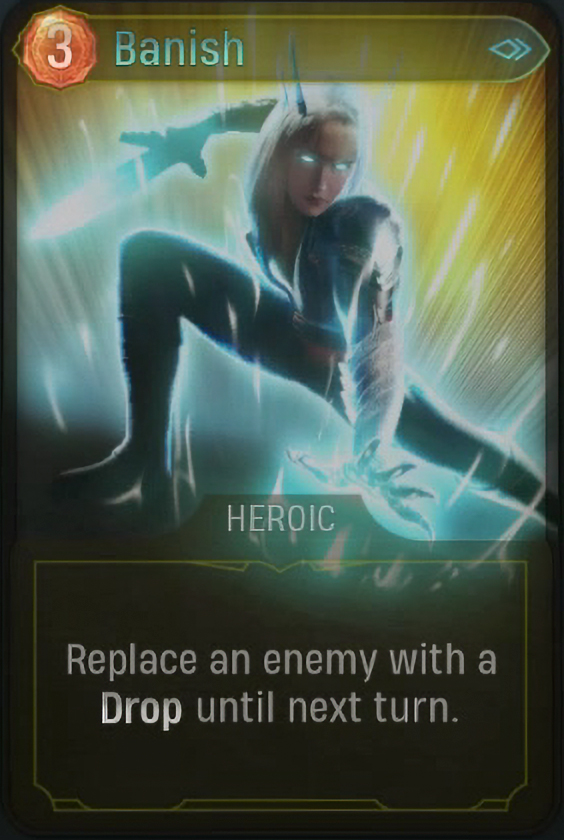 The Banish card doesn’t really have anything to do with portals, but it replaces an enemy or ally with a drop until the end of turn, and that can be useful to protect somebody that’s about to die or to remove a Boss from the battlefield for a turn.

Maybe you can’t kill your opponent just yet, but you don’t want to deal with it right then, so you just CC it out of the match for a round while you deal with something else. You must have one Heroic Card minimum and this is the best one she has until she gains her Legendary Card.

Cast. Kick. Draw. Repeat. So you can see that the general strategy here is to play Limbo’s Grasp as soon as you can, making it so that you deal more damage when you knock enemies through portals, because this is what really ramps up Magik’s damage. 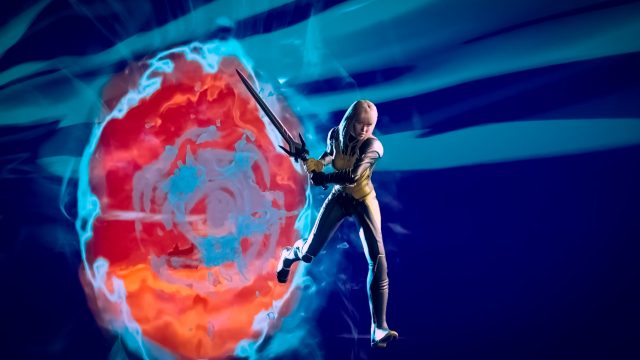 Put a portal as you try for it to go into something like an exploding AOE: draw a Magik’s card, hopefully a Kick or a Quick Soulslash in case you have nothing else with Knockback. Use that to push the enemy through a portal and into an explosion as you wipe out a bunch of them and get the Magik’s card refunded with Kick or through Quick Soulslash. Then hopefully you gain some more Magik cards, open another portal and kick an enemy through it again. You get the idea.

There’s also these nice modifiers on cards like Banish that give you back the last card that you played so you can pull back Kick or Quick Slash, which is great.

For the portal-phobic. There is another way to play, an easier way – especially if you don’t have all these cards. This involves completely disregarding portals and just focusing on the other Magik’s cards.

For instance, Gather, which is a nice sized AOE that deals tons of damage to a lot of enemies and piles them up in one place. Or something like Trap Door, a great card that not only deals damage to an enemy but also allows you to reposition them. You may use it to put them next to an exploding barrel or in the path of an object you can kick and shove into them. Try grouping enemies up while dealing damage within an AOE attack. 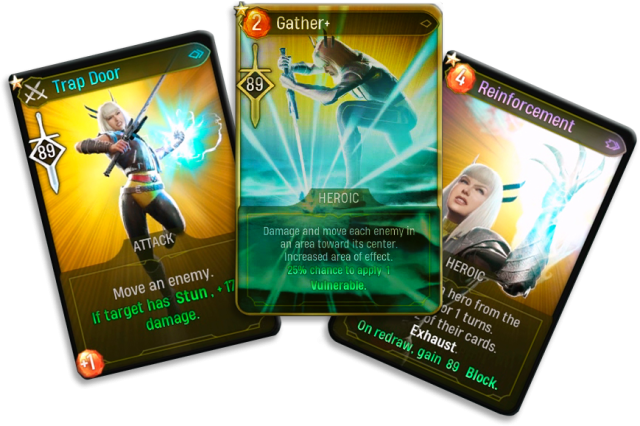 You can use something like Reinforcement too, which allows you to summon a hero and some of their cards that aren’t in the match. The downside of this is that it’s completely random, so I don’t necessarily recommend that.

But none of these three cards are tied to the concept of setting up a portal. In our main strategy, if you had a portal but nothing to knock through it you’d just be wasting portals – same as if you have Knockbacks but no portals, you’re not maximizing. So these are kind of interdependent on each other.

And when you’re playing the portal way, you need to keep drawing Magik’s cards. Specifically, her cards. This is to keep funneling the portal-kick-draw-portal chain going. But this easier strategy allows you to just draw the cards and use them when it makes sense, without needing her cards specifically that much.

Which Heroes to Use with Magik in Midnight Suns?

Depending on the strategy you use, Magik can be the shining star of the group or just fit into more of a supporting role. If she’s in a group where she’s the focus, like with this build, you’re going to want to use someone like Doctor Strange to help power up and draw her cards. You can also use Nico to strengthen her attacks and be able to use Double Up on her cards thus gaining a lot more Kicks, Soul Slashes or maybe Limbo’s Grasps so she can get even more portals cards.

She also generates so much Heroism that she doesn’t really use at all, making her a really good teammate for Heroism-hungry characters, like Niko, Ghost Rider or even Blade to some degree. 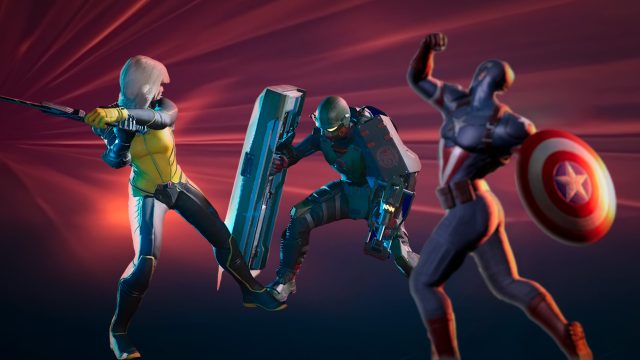 Captain America has got a lot of abilities that allow him to draw cards, making him another one of these really good party members. Just don’t put her with Iron Man or Captain Marvel who really need their own cards. If that’s the case, and you are using these characters, you’d be better off setting her up in this other way. The non-portal approach.

Essentially, Magik is a CC/DPS character that can be played really well in one of two ways – the method suggested in this build which heavily relies on portal usage, and another, more straightforward one, consisting in playing her cards and having more of a supporting role in combat – with a little bit of RGN action. Of course, the strategy you chose will affect the role she plays within the group, thus conditioning what other characters to bring along.