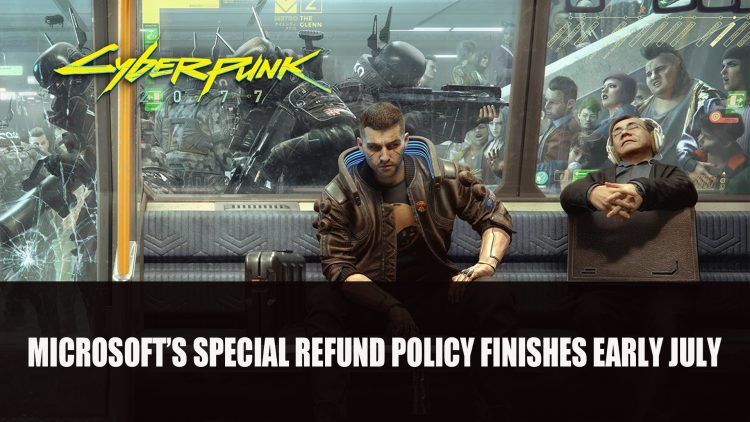 Microsoft have noted on the Microsoft Store that the special refund policy for Cyberpunk 2077 will be ending in early July.

The Microsoft Store has added a note to the listing page for Cyberpunk 2077 stating that updates to the game have caused changes to the original special refund policy that was put in place.

“Given these updates, Microsoft will be returning to our standard digital game refund policy for Cyberpunk 2077 on July 6th for both new and existing purchases.”

Microsoft put in place a refund policy to cover all those who bought Cyberpunk 2077 on its digital store after the game came out in December. This was in response to the number of players who had requested a refund due to the initial release of Cyberpunk 2077. The terms were “until further notice” which now have changed with a July end date.

This follows the news of the recent reinstatement of Cyberpunk 2077 on the Playstation Store. But Sony has stated that players may still run into “performance issues with the PS4 edition” when it comes to the base console. The developer has been releasing patches with a number of fixes and improvements to the game’s performance across platforms.

For more news find it here in Genshin Impact Gets New Trailer Featuring Kaedehara Kazuha and No Place For Bravery A Dark Fantasy Action-RPG Launches Q4 2021 On Switch And PC.