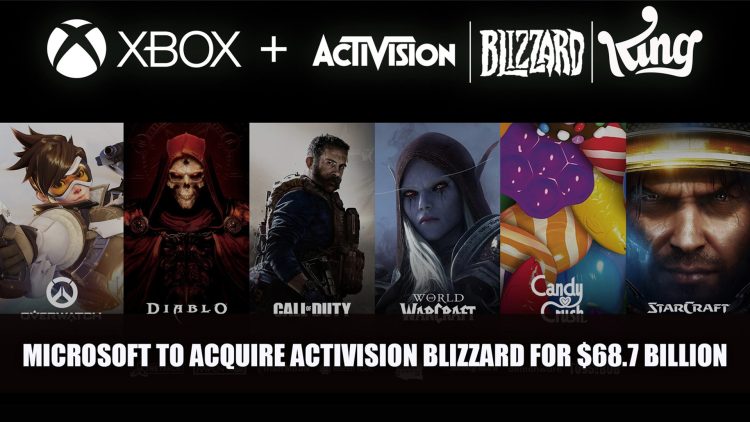 Microsoft announces the biggest gaming deal for the acquisition of Activision Blizzard.

Microsoft is snapping up the likes of franchises Diablo, Warcraft, Overwatch, Call of Duty and more as they set to acquire Activision Blizzard in a $68.7 billion dollar deal. Microsoft have been on quite the acquisition spree in recent years, gaining studios such as Obsidian, inXile but also major parent company Zenimax Media housing Bethesda Softworks. This means Microsoft has not only acquired major franchises such as Elder Scrolls, Fallout and Starfield, but now taking on Diablo, major MMORPG World of Warcraft and more. 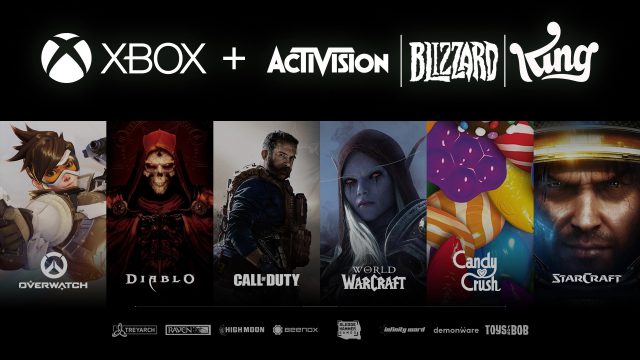 The acquisition will add franchises Diablo, Warcraft, Call of Duty and more under Microsoft

This powerhouse now has quite a few franchises that can be brought to their platform and subscription service Game Pass. What could exactly happen to Blizzard’s own platform which is used to access games such as WoW, Overwatch, Call of Duty, Starcraft and more will be interesting to see. The Game Pass subscription service offers a game library for PC, console and mobile with now “more than 25 million subscribers”.

We probably won’t see the integration of these games anytime soon as the deal is expected to be completed in 2023. But the post does outline that we can expect “both new titles and games from Activision Blizzard’s incredible catalog” to be joining both Xbox Game Pass and PC Game Pass.

What we do know is that while the deal is being processed, both Microsoft and Blizzard will operate independently, but once complete Activision Blizzard business will be under CEO Phil Spencer.

Another interesting point to watch for is whether these franchises will become platform exclusives. The acquisition of Bethesda meant that Starfield became an Xbox exclusive, also becoming part of the Xbox Game Pass subscription service. What do you think about this news? Let us know in the comments below.

For more news be sure to check out next Kingdom Hearts Games Come To Switch Via Cloud Version February 2022 and Monster Hunter Rise Shipment And Digital Sales Surpasses 8 Million Units.