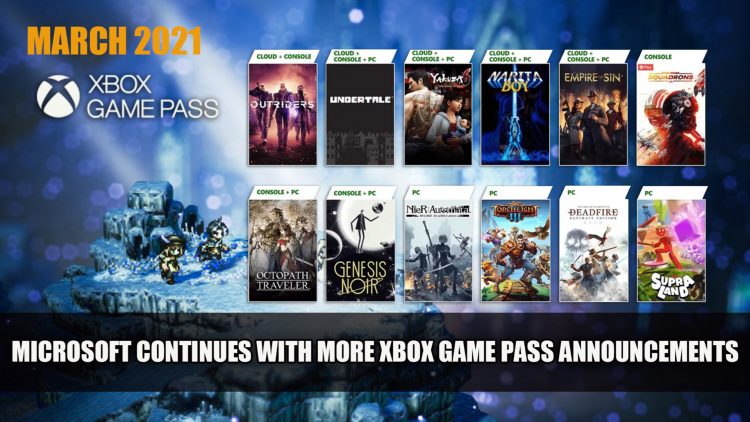 The bundles of games coming to Xbox Game Pass today, Microsoft has one more surprise in addition to the previously announced titles.

A number of games are heading to Xbox Game Pass, and Microsoft have added one more which is Octopath Traveler. The JRPG was previously only available on PC and Nintendo Switch, but now players on Xbox Game Pass for both PC and consoles can enjoy the title on March 25th.

There have been a few announcements for Xbox Game Pass news recently, including the announcement of Outriders coming to the subscription service on day one of its launch. Other games joining the platform include Undertale which joins today.

More titles on the way include: 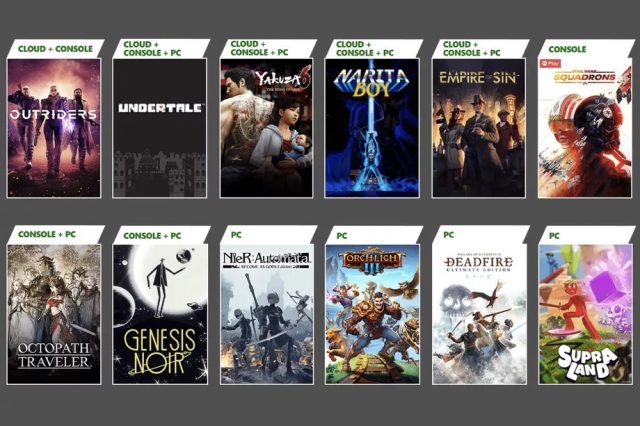 If you’re curious to find out more about Octopath Traveler check out our preview. You can also find more about the upcoming title Outriders, NieR Automata and Pillars of Eternity II: Deadfire here.

For more news be sure to check out next Dark Alliance A D&D Action RPG Release Date Announced and Gothic Remake New Details.