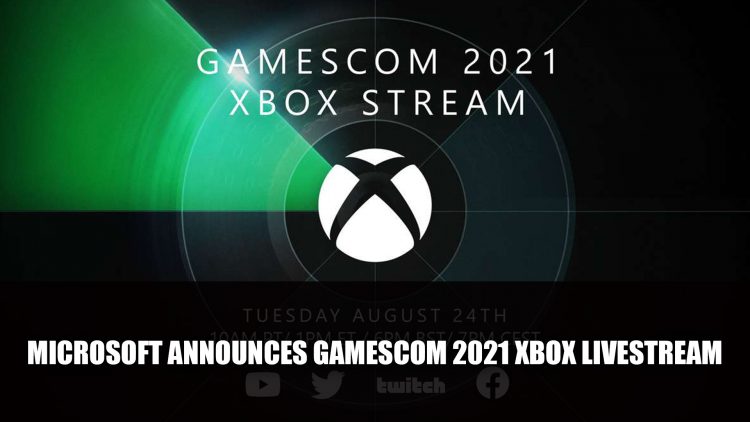 Microsoft have announced their presence at Gamescom 2021 will be exclusively online taking place on August 25th and August 27th but with the first Xbox Stream happening on August 24th.

The event will have the “biggest exclusive games lineup ever” according to Microsoft:

You’ll get in-depth updates from some of our previously announced Xbox Game Studios titles alongside some of our third-party partners, including some of the incredible titles coming to Xbox this holiday, upcoming releases to our monthly subscription service, Xbox Game Pass, and much more.

This year will feature Bethesda Germany, which will be hosting livestream programs over several days, starting on August 26th which can be found on Bethesda’s MainStream on Twitch.

Save the date for new looks at upcoming games during the Gamescom 2021 Xbox Stream: https://t.co/2JPZrhJqqj pic.twitter.com/DsXmYazaTJ

The announcement also mentions there will be an up 75% sale running during Gamescom got both Xbox consoles and Windows 10 PC games.

For more news be sure to check out next Future Games Show To Feature Over 40 Games At Gamescom 2021 and Rumour: Playstation State Of Play Of Event Coming Next Week With “Surprise Announcement”.