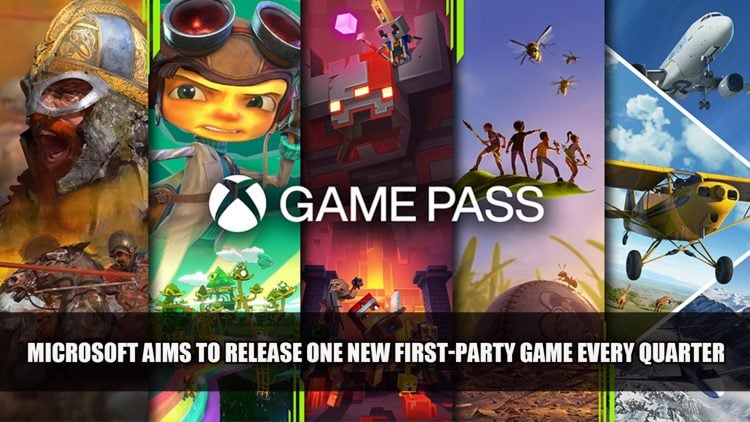 Microsoft has announced they plan on releasing at least one new first-party game every quarter.

Ahead of the Xbox & Bethesda Showcase which is taking place on Sunday, the head of Xbox Phil Spencer hosted some conversations with Satya Nadella, the CEO of Microsoft and members of Microsoft’s Gaming Leadership team on they perceive is the future for gaming when it comes to Microsoft. According to this series of conversations which was posted on Xbox Wire Microsoft is “All In”.

Part of the conversation talked about first-party games which Spencer said will focus on Game Pass, continuing to build its value. This is apparent with the moves Microsoft has been making especially with the recent acquisition of ZeniMax meaning a number of franchises are now under the publisher including Bethesda’s The Elder Scrolls, Fallout, Starfield and more.

In a recent video briefing shown to press, Xbox Game Studios Matt Booty shared that Microsoft aims to release “a new game every quarter”. As for what their first-party developers are working on these consist of “Role playing games, shooters, strategy titles, adventure games, and more…”.

Microsoft also announced they are working on new stand-alone game streaming devices, as well as bringing Game Pass to TVs. This relates to cloud gaming, which seems to have endless possibilities when it comes to devices that can support the platform. Their aim is to ultimately work with TV manufacturers, with TVs that can connect directly to the internet, meaning all you’ll need to play is Game Pass and a controller.

There is still the Bethesda and Xbox joint showcase to look forward to which is happening on June 13th at 10 AM PT. With high anticipation in the air for what they may show, fingers crossed for more Starfield.