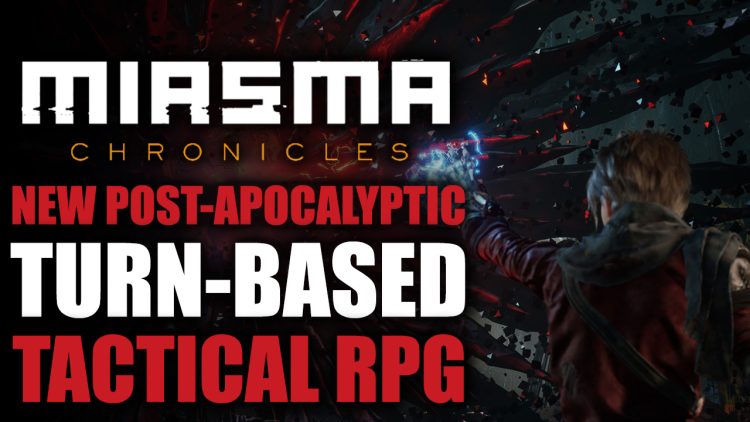 Miasma Chronicles is the Newest Tactical RPG from the Creators of Mutant Year Zero: Road to Eden

A new turn-based tactical RPG was just announced today. Introducing Miasma Chronicles, a new game developed by The Bearded Ladies. While there isn’t much in terms of info or gameplay footage, we do know that they plan to release this game in 2023.

Stuck in a Miasma

The story takes place in a ravaged America in the “not-too-distant” future. America has been destroyed by an unnatural and destructive force called the “Miasma”. This primordial force reeks of black, obsidian crystals and unnatural red energies. It actually gives off a lot of Control vibes, which is another game that 505 Games published. 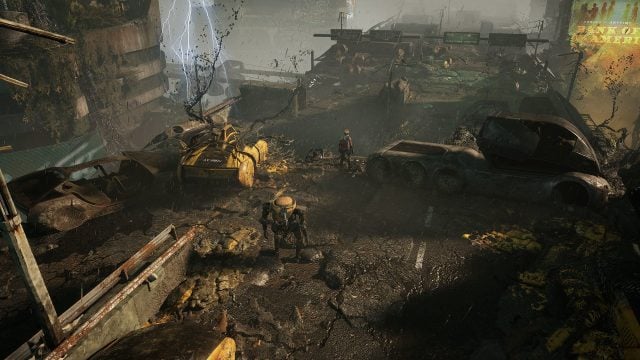 Hope We Can Blow This Place Up Even More

However, that’s where the similarities end.

Instead of a psychic agent who can throw things with her hand, we follow Elvis, a young man who can control the Miasma with his hand. Elvis grew up in the mining town of Sedentary, where he was abandoned by his mother. His only companion growing up is a robot brother that took care of him.

Stuck Between a Rock and a Hard Place

Both Elvis and his brother go across a ruined America in search of answers to the miasma and Elvis’ history.

Miasma Chronicles will blend real-time exploration and tactical-turn-based combat. This will hopefully play out a lot like Wasteland 3, wherein players had utmost freedom in choosing different options on how to handle situations. Both games seem to be taking the post-apocalyptic USA setting quite seriously. For more on Wasteland 3, be sure to check out our review here. 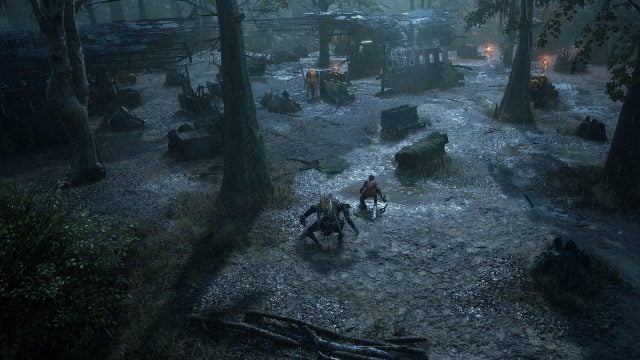 The Bearded Ladies have also worked on a post-apocalyptic situation before, so they should be right at home here. One of their previous titles, Mutant Year Zero: Road to Eden was also a turn-based tactical RPG, and was described as “like XCOM but with more ducks” which seems like a perfect way to introduce a game.

Mutant Year Zero showed what it would be like if humanity was wiped out and nature and mutants took over the world. Mutants roam the land in search of food or safety. One of the more notable characters in the large cast was Dux the duck. Dux had the arguably great talent of easily sneaking into enemy encampments despite being a walking, talking duck. 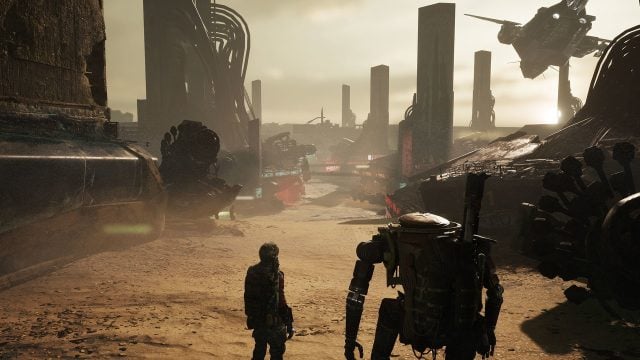 The game even featured destructible environments, which are always fun to blow up with rockets or big, hulking robots.

If the team can include even just half of the fun or the functionalities of Mutant Year Zero, we’ll surely be in for one heck of a ride.

We Aren’t in Kansas Anymore

Miasma Chronicles was announced prior to the 505 Games Showcase this May 2022. Fans of the publisher were treated to a quick cinematic trailer that introduced us to Elvis and his robotic brother. Using his technologically advanced glove, Elvis attempts to quell the dark energies of the miasma. 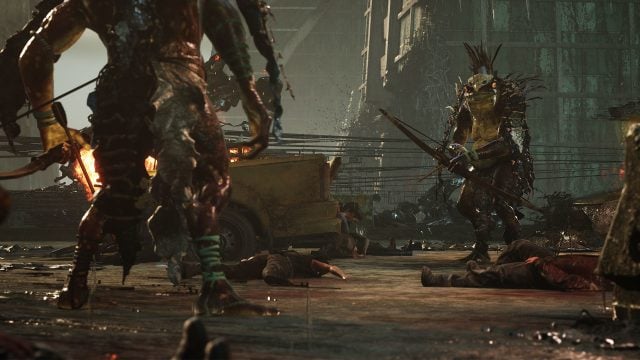 Try as he might, Elvis did his best to try and dissipate the troubling darkness. However, his attempt ended in failure and a somewhat burnt glove, but his brother was able to put that out.

The trailer actually puts in more questions than it solves. What kind of dynamic will Elvis have with his brother? Will the power of the glove be limited to shutting down the miasma, or will it also have some roleplaying or combat uses? Will we be able to get more companions? 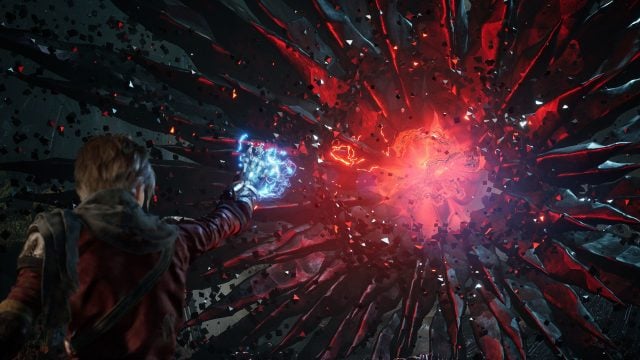 There are many more questions at this time. Hopefully, we see more soon from The Bearded Ladies and 505 Games on Miasma Chronicles.

Aside from Miasma Chronicles, 505 Games took to (virtual) stage many other titles. 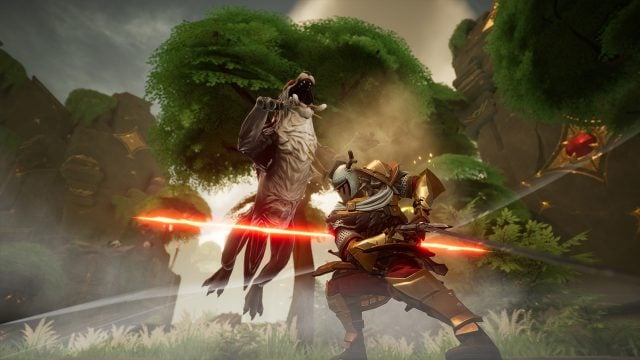 First up is Stray Blade, a soulslike game that was initially revealed last year. Stray Blade looks to be a fast-paced action RPG and has similar vibes to an updated version of Kingdoms of Amalur: Re-Reckoning. The colors and the overall art style just scream Kingdoms of Amalur. Players will even be constantly assisted by their wolf-like companion, Boji.

Also announced was Among the Trolls, a survival game created by developers who have worked on Skyrim, Fallout 4, and Vampire: the Masquerade. The game is extremely photorealistic and tries to imitate the forests of Finland. Players will be able to discover various Finnish mythologies and folklore, all while trying to survive the unforgiving landscapes.