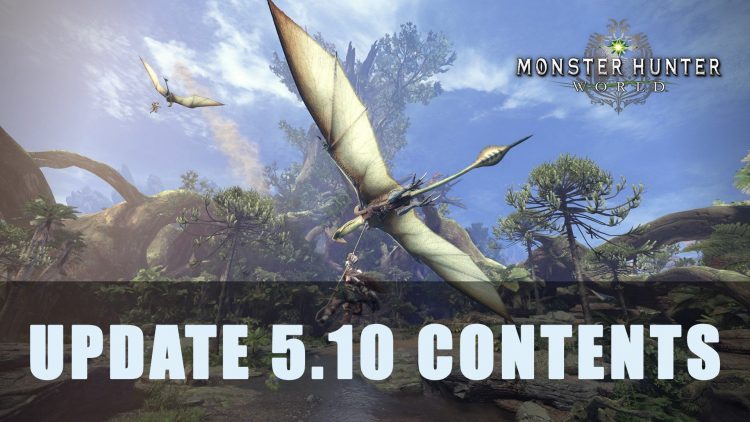 Capcom’s Monster Hunter World gets a new, small update delivering mostly minor bug fixes along with changes that were implemented in the last update but had not been made public. You can read Patch Note History on its dedicated page on the wiki.

Xbox One Only:
Improved the processing of the retrieval of session information to reduce the incidence of the error code “50088-MW1”, which would prevent you from joining online sessions.

The new text is listed below, with old text in parentheses. While item names have changed, it won’t leave your inventory.

[Brazilian Portuguese] Fixed some grammatical mistakes in the names of armor pieces from the “Aloy” series.

[French] Fixed the name of the Kushala Daora γ series of armor to be consistent with the α and β series. The new text is listed below, with old text in parentheses.

Added unique translations to each of the charm descriptions to make clearer which skills are activated by each charm.

Changed the names of the “Harvest” armor and layered armor series that were added for the Autumn Harvest Fest.

Changed the names of certain bows and lances.

Changed the names of certain tools to better reflect the effects they have, rather than their appearance.

Changed the names to be consistent with those used in other languages, instead of using numbers.

[All Languages except Traditional Chinese, Korean] Fixed the description for the Housekeeper option “Change the Handler’s Outfit”, which was mistakenly too specific.

Example (English) Before:
Change the Handler’s outfit.
(You can change into the Busy Bee Dress for a limited time.)

Example (English) After:
Change the Handler’s outfit.
(You can change into a seasonal outfit for a limited time.)

Changed the name of the Gathering Hub NPC named “イベント案内嬢” in Japanese to the following.