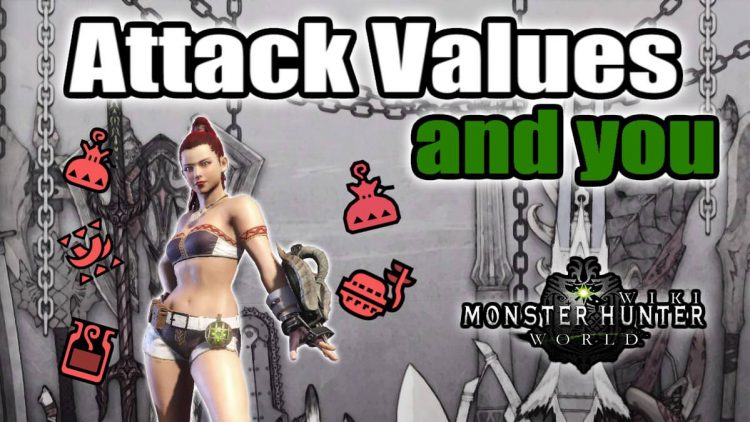 It’s time again to dive into yet another semi-secret mechanic of Monster Hunter World. Today we will be talking about weapons, bloated values, and how to properly buff oneself. 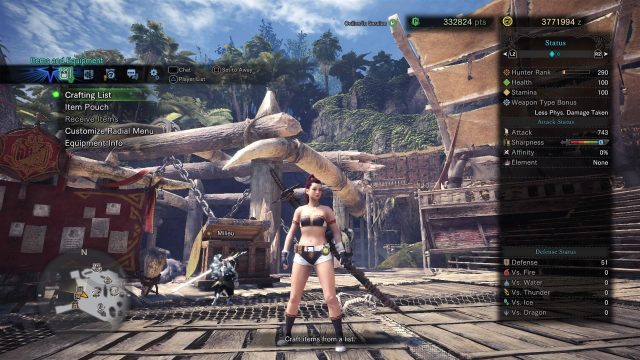 On a player’s status screen there are listed attack, sharpness, affinity, and several other important values. For right now we will focus on the listed attack value. Despite what hunters believe this listed attack value is not your true attack. Instead they are inflated by what we call Bloated values. Bloated values are what you divide listed values by to get your true raw. For example, let us look into the Divine Slasher.
Divine Slasher listed attack power of 743 divided by 3.3 Bloated Value of long swords becomes 225 raw attack. *Disclaimer: I am using the powercharm and powertalon, the statement above is strictly for educational purpose and is not stating that 225 is the Divine Slasher‘s raw attack.

Weapon and their Bloated Values

Now that we know what raw attack is, we can move on to how to properly buff oneself. There are consumable items, inventory items, Canteen food combos, and hunting horn melodies. At the bare minimum all hunters should have the Powercharm and Powertalon. If players like they can consume several items to buff their attacks even further.

Everything That Impacts Attack Power

Attack up boosts that do not stack:

All buffs are lost on death with the exception of Canteen meals if you have the Felyne Foodie skill activated.