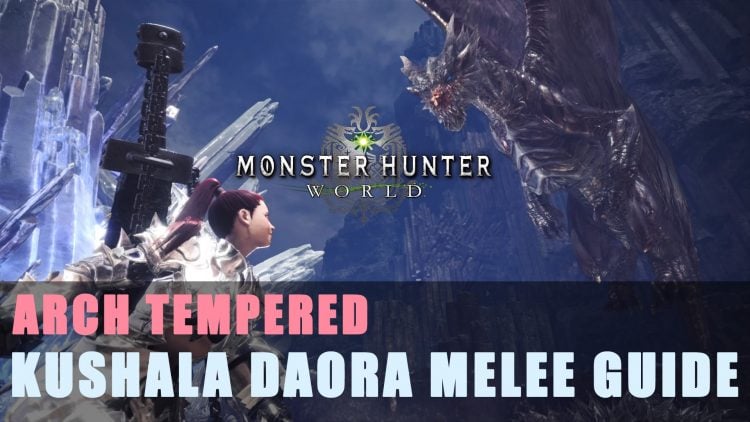 Kushala Daora is an extreme nuisance for melee players and the Arch Tempered version takes the cake. Defeating Arch Tempered Kushala Daora allows players to craft the new Kushala Gamma Armor as well as forge the new Guild Cross Layered Armor. Follow this guide to avoid being knock around in the wind like a rag doll.

In order to tackle Arch Tempered Kushala Daora there are few items you should prepare to bring into the fight with you. 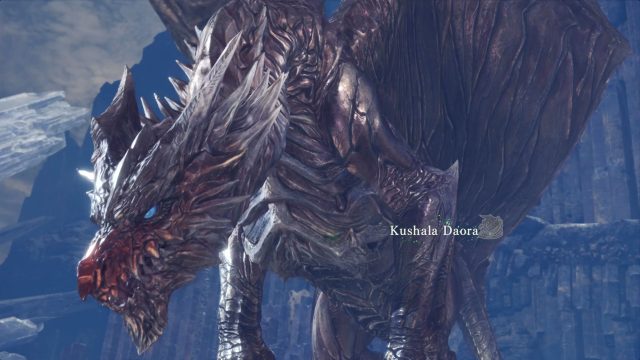 Start by eating something at the canteen which should always be a given when heading to battle. Make sure camp 8 is selected and spawn there as it’s the closest to Kushala. 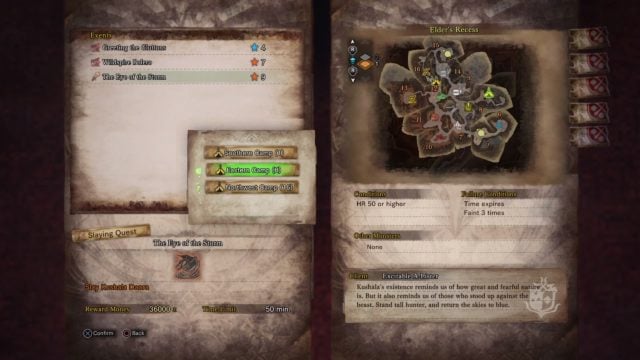 Camp 8 is the closest spawn site to Kushala

Once you have spawned, head towards area 3 and have your Bongo Cat (Palico with Coral Orchestra) start buffing you. By the time you are all buffed out from your Palico, Kushala should be stationary. Dawn on your Rocksteady mantle and place 2 Mega Barrel bombs at his feet. Attack Kushala while setting off the bombs, this will lead him to roar. Get in attacks while he is distracted, but make sure to not get greedy while wearing the Rocksteady mantle as it can be your demise. Most of the time its best to stick to Kushala’s neck if players can block or evade, but if this is not possible; stick to its torso, legs or tail. Make sure to avoid the claw swipes and the charge attack. 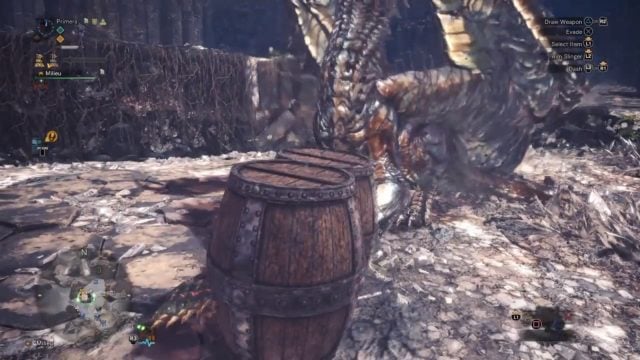 Place Barrel Bombs at the feet of Kushala

After dealing a certain amount of damage, Daora will take to the skies often shooting off his various wind blasts at the player. Players should make the best of their Rocksteady to stand under him and attack his legs/tails if they can. Once Rocksteady wears off wait until Kushala lands to use the Temporal Mantle. Use the remaining uptime of the mantle to deal damage. If it wears out and Kushala haven’t migrated yet, play defensively as his wind aura should be back at this point. 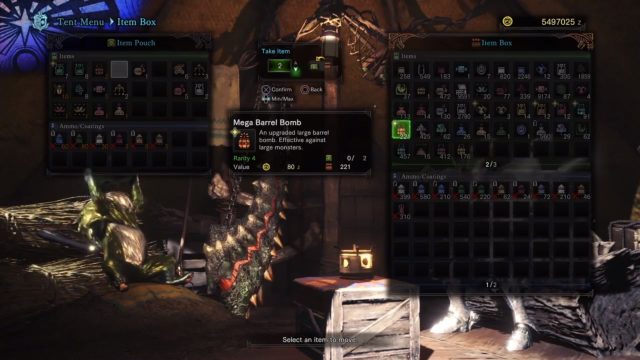 Stock up on barrel bombs

When Kushala moves to area 9, players should warp to camp 16 to restock on mega bombs and whatever else they may need. Pick up the attack seeds outside and head towards Kushala and Teostra. Educe the turf war between those two and be ready to flash Daora when he lands. This tactic is different from normal or tempered Kushala, as they fall towards the ground when flashed. Arch Tempered Kushala reacts like Lunstra where they hover in the air in a daze which makes it quite different to attack. Use whichever mantle is available during this time. 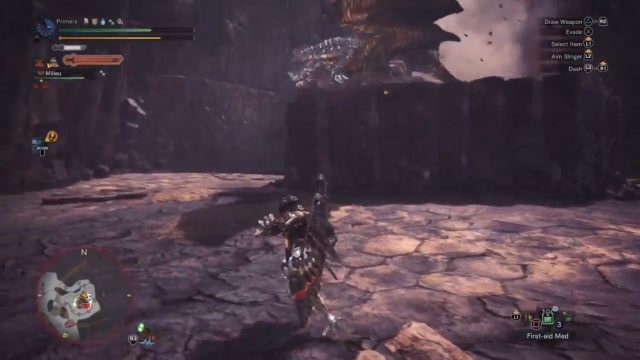 Finally, when Daora is weak, he will fly towards area 4 to rest. Use the time to apply your buffs when hes sleeping at your feet. Place the 2 mega barrel bombs near his face and set them off. This will leave him open for a short while, so hit him hard. Then use the remaining available mantle during this section of the fight. Be cautious as Daora likes to create several tornadoes in this location and with the large raised rock formation in the middle, it is easy to be cornered.