The Metroidvania genre of gaming is making a comeback. This 2D adventure genre (sometimes within an RPG framework) was made popular by the obviously named Metroid and Castlevania series of games of old, which featured a sprawling world that would gradually unlock the further you progressed. Along the way, as you explored the side scrolling nooks and crannies you would encounter challenging enemies, traps and platforming sections. Successfully defeating foes and exploring would earn you special items, abilities and keys that you used to unlock doors and shortcuts that opened the map up further. The stories of the games were often closely tied to this progression as the further you progressed the narrative, the more of the interconnected map you would unlock. This intimate familiarity with the map made the game type an instant classic. 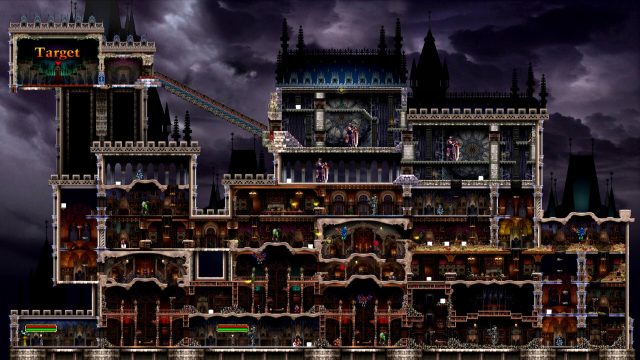 As the years went on and tastes changed, the genre fell out of favor, with game development shifting towards 3D and experiences that catered more to large open world settings. The Castlevania and Metroid series themselves evolved along these lines, while retaining some of their unique unlock-as-you-go mechanics, they transitioned into the 3D realm and focused more on action and less on memorizing a map. The rest of the gaming industry largely followed those same trends of 3D, large open world experiences. Some titles like Dark Souls and The Surge featured soft Metroidvania elements such as areas that were locked until a boss or story portion was completed, but overall minus a few blips like Cave Story and Guacamelee, the fundamental genre experiences were sparse. 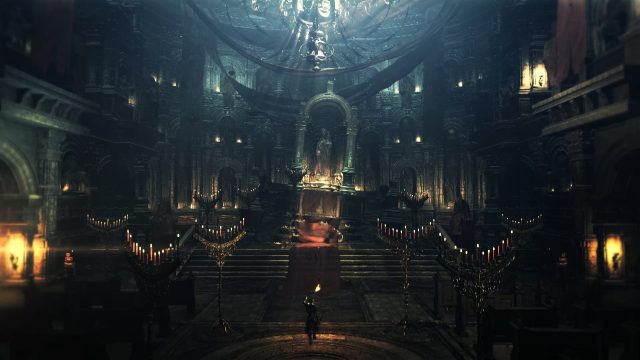 However, recently the 2D Metroidvania is experiencing a resurgence, if not a boon. Recent games like Hollow Knight, Ori and the Blind Forest, Alwa’s Awakening, Axiom Verge, Dead Cells and even the more Soulslike RPG, Salt and Sanctuary have all made an instant impression at launch with their sprawling and challenging twists on the genre, becoming some of the best Metroidvania games available. And that’s just what’s been released. There are more games coming like Blasphemous, Runic, Sundered, Unformed, Unworthy, Usurper and perhaps most significantly, the return of genre legend Koji Igarashi in Bloodstained: Ritual of the Night. This all amounts to a deluge. 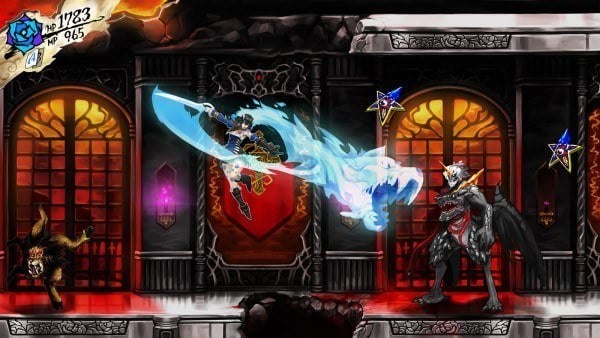 The Old Made New

So what’s behind this resurgence and why will it continue to thrive? For starters, we can point to nostalgia. At its simplest the return to prominence of the 2D Metroidvania is a case of gaming tastes coming full circle, with older gamers who cut their teeth on these experiences now finding them instantly familiar and comfortable. This is true of both the gamer and the game maker, as many creators are and players grew up playing these games and now have the means and desire to recreate them. You see the same phenomena repeat itself in other mediums, with musical acts from decades ago all of a sudden selling out arenas to rabid 30 and 40 somethings (who have the cash to spend where they may have lacked 10 years ago) and in movie reboots of titles that are 20-30 years old. We form strong attachments to past positive memories and as a species seem to love reliving them. The Castlevania and Metroid series were right there at the start of the NES cycle, and for many of us, were some of the first games we ever played for hours on end. 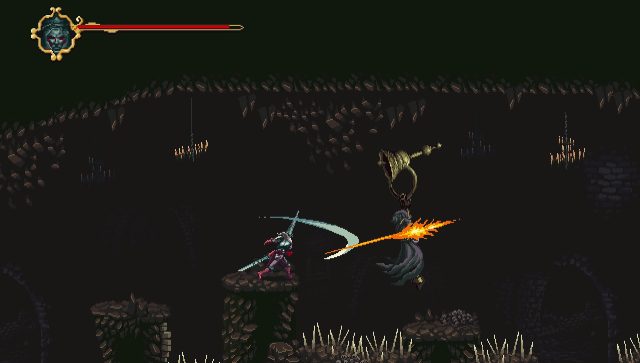 We form strong attachments to past positive memories and as a species seem to love reliving them.

This old school throwback not only appeals to the aging gamer, but provides a fresh alternative to the samey nature of modern open world gaming. The 3D open world game spun the industry on its head and has now created almost an expectation out of the box. When franchises like The Elder Scrolls and The Witcher come along and nearly perfect the experience and achieve commercial and critical success, you wind up with a flood of clones and approximations. This has resulted in a bit of a ho hum fatigue, where the gamer thinks, “ok, this is yet another open world game.” With distinctive elements within that format tougher to achieve, it’s natural to seek out a different paradigm especially when overexposure fatigue starts to set in. 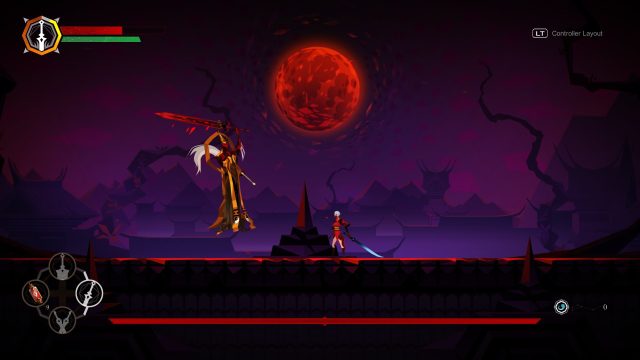 I Can See Clearly

So what is it about the Metroidvania that makes its difference so refreshing? In keeping with the prior example of the open world game, fundamentally, the Metroidvania reduces the complexity of the open world game’s typically cluttered wall-street-ticker-HUD without comprising on the sense of exploration or adventure which are the actual hallmarks of the genre. Peeling back a dimension to 2D allows for this, as it streamlines the cardinal directions of open world navigation to a much more straightforward left, right, above, below. The maps are just as sprawling and dizzying but existing on another plane allows for an opportunity at memorization and mastery. 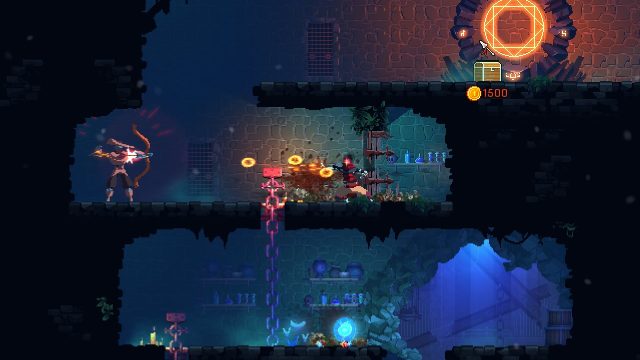 Gameplay is the meat and the Metroidvania is a lean steak.

Furthermore the objectives are allowed to become much more clear, and more engaging. You’re no longer tasked with a meandering side quest that amounts to “just keep walking in the direction of the waypoint on the compass”. In some instances, arriving at the waypoint is just the first in a series of quest steps whose ability to complete relies on the game not glitching when it comes to elements like NPC pathing, or recognizing that an objective has been completed. Objectives and activities in the Metroidvania are always going to be carried out in an inherently more straightforward experience. This and the other gameplay streamlining isn’t making it more accessible, just making it more clean, the way a sharpened knife would cut. Gameplay is the meat and the Metroidvania is a lean steak. You boot the game, press start and go. 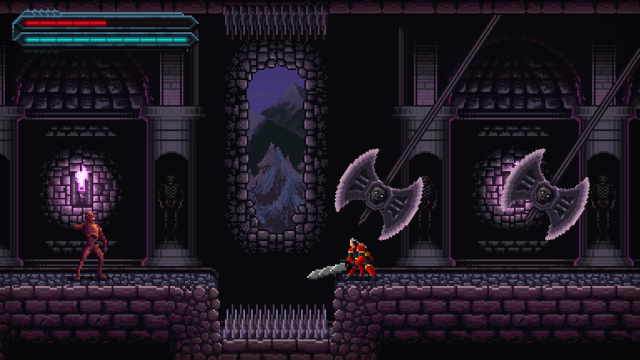 Focusing on the Challenge

So the Metroidvania is straightforward. But that’s not to be confused with easy. The genre doesn’t compromise on difficulty, in fact one can argue it’s defined by it, and yet this hallmark of the genre does not turn people off. This is partially due to the lack of clutter in how you actually play the game. This scalpeling of the superfluous actually allows you to focus specifically on the moment to moment difficulty, whether it’s nailing a boss fight or a tricky series of platforming. The difficulty comes front and center, and allows the game to be what a good game always is: a challenge to overcome. That clarity and bold sense of purpose is what keeps players coming back again and again. The sense of progression as players learn the environment and advance after unlocking areas and new abilities creates a palpable mastery that is extremely rewarding. This is all because of how tight a focus the genre maintains and with modern tastes trending towards a higher tolerance for difficulty this is yet another way the Metroidvania capitalizes on the zeigeist. 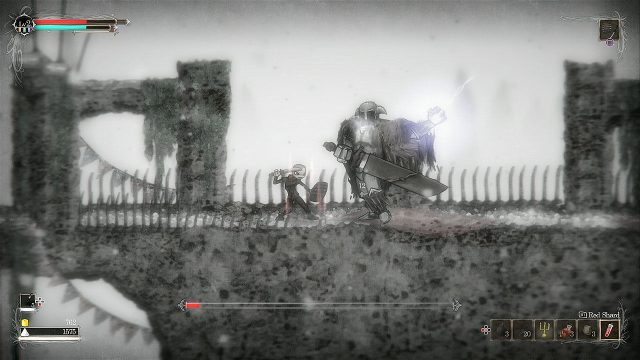 The genre doesn’t compromise on difficulty, in fact one can argue it’s defined by it.

When it comes to the trends within the gaming industry and development, the straight ahead 2D nature allows indie developers an easier jumping in point to develop a modern and challenging game on a shoestring budget. Developing in 3D is intensive both time and resource. That’s not to say developing in 2D is easy, rather it’s more doable for indie studios which are often only comprised of a handful of people. In this new era of game development we are treated to sometimes an entirely solo produced project that is the execution of a tremendous stroke of imagination. We’ve seen an increasing amount of indie games developed in 2D, and this hasn’t been limited to the Metroidvania. Indie-made traditional platform and adventure games in the 2D realm are proliferating on Steam for PC and the consoles’ digital stores and often at prices under 20 USD. The popularity of indie game development combined with their traditionally attractive pricepoints is a recipe for a genre resurgence, particularly when it’s a genre like the Metroidvania, steeped in hardcore nostalgia and history. 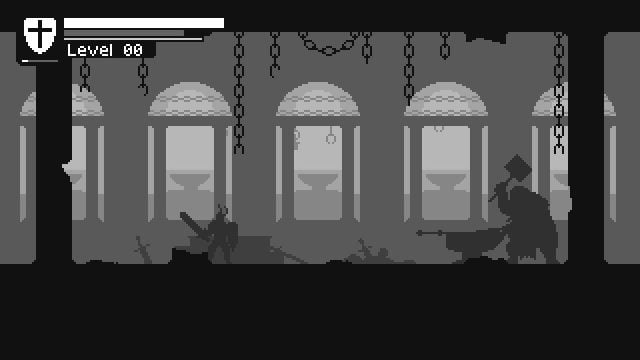 Back to the Future

The Metroidvania for many, was our first experience with hardcore gaming and in some ways it reached the pinnacle of the core experience early. It’s strict and tight focus on gameplay creates an immersive and gratifying experience that is a refreshing change from the increasingly common 1 hour long tutorials without compromising on difficulty. Moreover, its design aesthetics and expectations make it an appealing genre for an indie developer who is looking to deliver a challenging experience. For all of these reasons, the Metroidvania has a made a strong comeback into gaming consciousness and it doesn’t look like that momentum is going to slow down any time soon. My inner child couldn’t be happier.

7 comments on “Metroidvania Games: Which Are The Best and Why They are Making A Comeback”