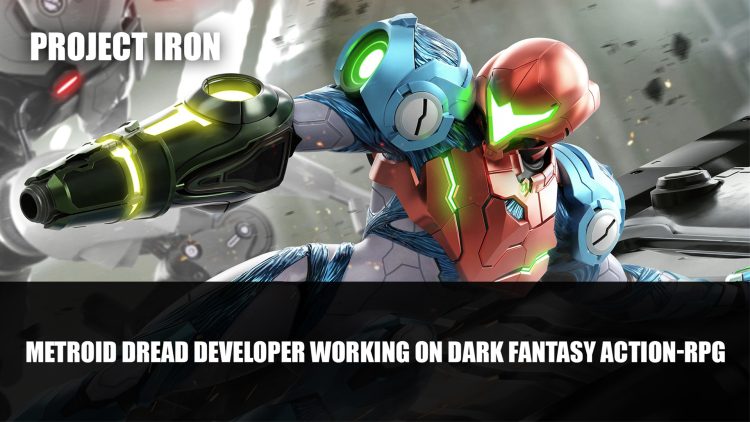 Developer MercurySteam are working on Action-RPG sets in a dark fantasy-based world.

The developer of Metroid Dead is working on a new Action-RPG set in a “dark fantasy world”. In a press release from Digital Bros., it revealed new information about a third-person title, which was shared by this entertainment company that owns the publishing arm of 505 Games. The parent company made an announcement that 505 Games would be the publisher of the game to come from the Metroid Dread developer MercurySteam.

The working title is currently under “Project Iron” which doesn’t give too much to go on, except maybe “Iron” refers to the weapons.

MercurySteam recently released the latest Metroid Dread title on Switch which launched in October, so the new project seems in the early stages of development if that.

The developer’s previous work has more of a focus on action-based titles, including Spacelords an online action-adventure which launched on PS5 and Xbox Series X|S. They also worked on three Castlevania: Lords of Shadow games, collaborating with Kojima Productions.

It will be interesting in which direction they will go with Project Iron. The “dark fantasy” description is definitely intriguing as to what kind of fantasy world will be involved.

For more news find it here in  Playstation Plus Titles For December Include Mortal Shell, Godfall And More and Dead Cells Gets A The Queen And The Sea DLC Teaser Trailer.