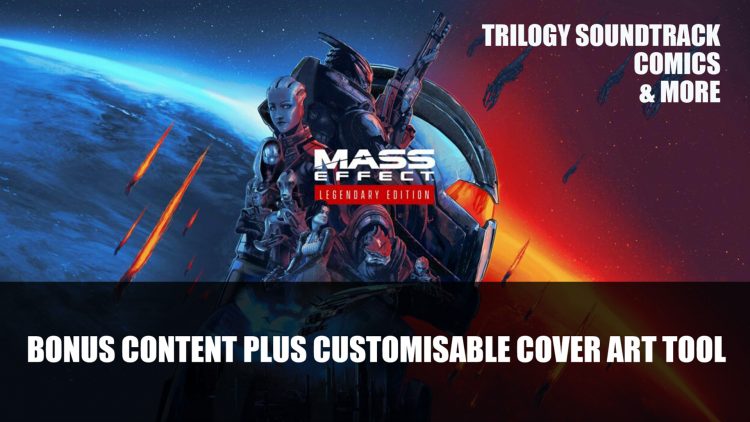 This month is the release of the remastered trilogy Mass Effect: Legendary Edition and Bioware are going all out. They have announced a “bonus content download” which includes not only the soundtrack, but artbooks, digital comics and a separate online tool that let’s fans of the series create their very own customisable cover art.

That’s right, with this online tool you can choose your own two favourite squadmates, even picking your own morality: Paragon, Renegade or Neutral. You can add even more with Trusted Companion, the Cavalry and the Backups. There are also five Mass Effect locations, and once you’re done choosing your selections it puts it all together, downloadable as a 4K wallpaper, box art or for sharing on social media.

The bonus download includes an 88 track soundtrack with music from the Mass Effect trilogy, digital art books from Mass Effect 2 and 3, plus two digital comics from Dark Horse Comics and a high-resolution “digital lithograph” of the Normandy.

Previously Bioware talked about the major changes they made to the trilogy remaster including to the Mako’s controls in Mass Effect 1, additional enhancements and more.

Find out why Mass Effect Legendary Edition and more made our Top 5 Upcoming RPGs Of May 2021.

For more news find it here in Gamescom 2021 Confirmed As All-Digital Event and Pathfinder Wrath Of The Righteous Releases September 2nd On PC.