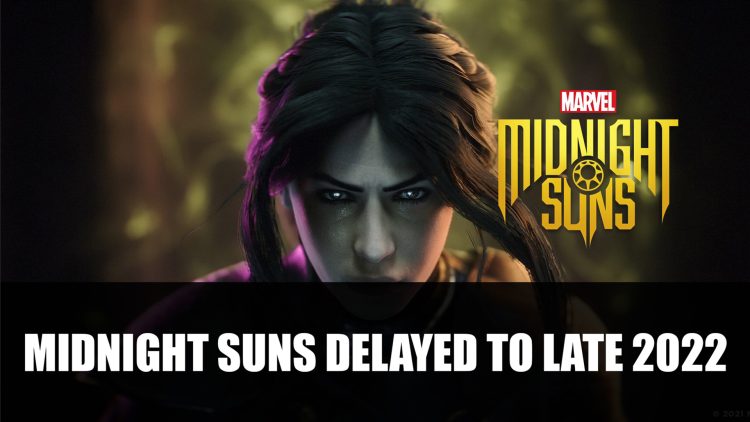 Marvel’s Midnight Suns has been delayed to late 2022.

Marvel’s Midnight Suns Delayed to Second Half of 2022

Originally set to launch for March 2022, Marvel’s Midnight Suns will now release in the last half of 2022. Developer Firaxis announced that the card-driven, turn-based RPG will be delayed to later next year, sharing that a “tough decision” was made in order to gain “more time to make this the best game possible.”

We have an important development update to share with our fans pic.twitter.com/ycNDCVtbwD

The post goes on to say that the additional months in development will go towards “more story, cinematics and overall polish”.

Marvel’s Midnight Suns was first announced during Gamescom 2021 in August, where the developer Firaxis who is behind XCOM, revealed a Marvel set card-based, turn-based RPG was in the works. Players can use a range of life skills, damage dealers and more.

Players will team up with three other superheroes and take on turn-based missions. Together with their own and team member’s skills, will be able to level up and improve. One of the biggest differences players will experience compared to XCOM games is how the skills advance.