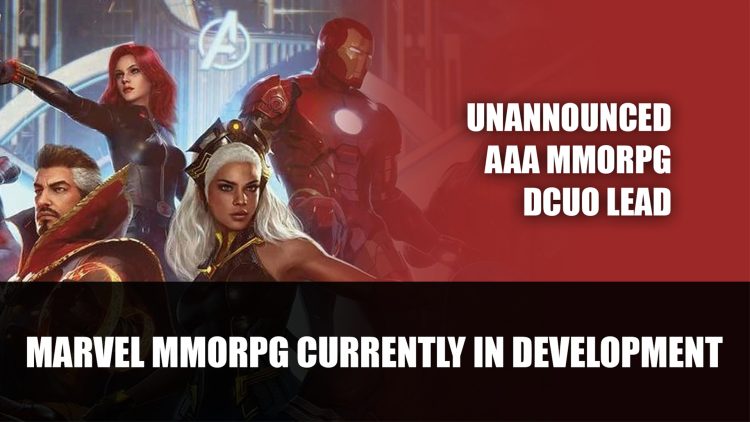 According to a recent investor’s presentation of Swedish game holding company EG7, developer Dimensional Ink Studios is working on a Marvel based MMORPG.

According to a recent Q3 2021 investor’s presentation for EG7 who is a Swedish game holding company that recently acquired studio the Daybreak Game Company (who developed DC Universe Online), their Texas-based branch Dimensional Ink Studios is working on a new Marvel MMORPG.

The presentation included a slide titled “Exciting Product Slate for 2022 and Beyond” which included some of the upcoming games the company is working on. It showed expected titles such as Lord of the Rings Online and DC Universe Online as well as a mysterious “unannounced MMORPG”. It’s described as a “Marvel IP based massively multiplayer online game” and AAA title. It also shared it was under Dimensional Ink Studios and led by Jack Emmert who designed and was in charge of City of Heroes, as well as the current lead for DCUO.

The new AAA Marvel MMO is being developed by Dimensional Ink Studios and spearheaded by CEO Jack Emmert, whose lengthy resume includes DCUO, City of Heroes/Villains, and Marvel Universe Online (which was also cancelled before release though ultimately succeeded by Marvel Heroes.) pic.twitter.com/ko0kyNvB2o

The news was shared on Twitter user Miller and reported by Eurogamer. There were no other specifics given but an important detail to take into account is that the Daybreak Game Company was previously working on a Marvel MMO a few years back which got cancelled in 2018.

Other interesting points in the presentation slide includes that The Lord of Rings Online will be gaining a “major revamp to upgrade the visuals, modernize the experience and release on consoles” which would release in anticipation of Amazon’s new LOTR series which is reported to have one of the “biggest budget[s]”.

DC Universe Online which celebrated its 10th anniversary this year, will also be an “investment in graphics upgrade and the largest expansion content to date for 2023”.

This isn’t the only Marvel title to be currently in development. Recently Firaxis’ card-driven turn-based RPG Marvel’s Midnight Sun was delayed to late 2022.