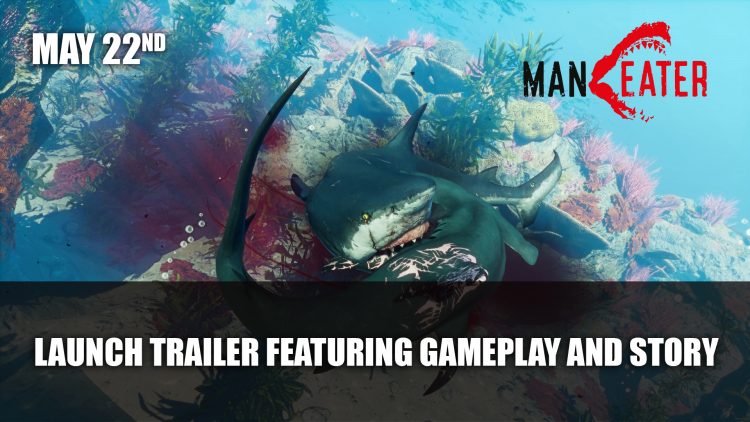 Deep Silver and Tripwire Interactive have released a launch trailer for upcoming shark RPG Maneater which releases later this month.

Maneater Gets A Launch Trailer Featuring Gameplay and Story

Maneater an open-world shark RPG or shaRkPG if you will, will be releasing on May 22nd for Playstation 4, Xbox One and PC. Deep Silver have released a launch trailer which highlights the shark munching action and story behind this “tail” of revenge.

Players will be pitted again humans, deep water creatures and even other sharks, as they explore US Gulf Coast. But you’re not limited to just open waters, you can venture up stream and even rivers. Players will take on the role of a giant bull shark, with it’s blood thirsty revenge against a human that murder its mother, and then left it for dead after being gutted from it’s mother’s belly.

As the shark feeds, it will evolve with specific body parts gaining improved functions. There is also a variety of stats you can customise to become the ultimate killing machine. Start off as a small shark pup where you will have to learn to survive by eating your way, fending for yourself against wildlife and man. Find what you need to grow and evolve even further than what nature intended to take your revenge.

Maneater will release on May 22nd on PS4, Xbox One and PC via Epic Games Store, as well as Nintendo Switch later this year.

For more news be sure to read next Rumour: Playstation 5 Event Expected To Take Place In Early June and Assassin’s Creed Valhalla Get Details About Bird Companion, Hoods Plus Hair Colour.