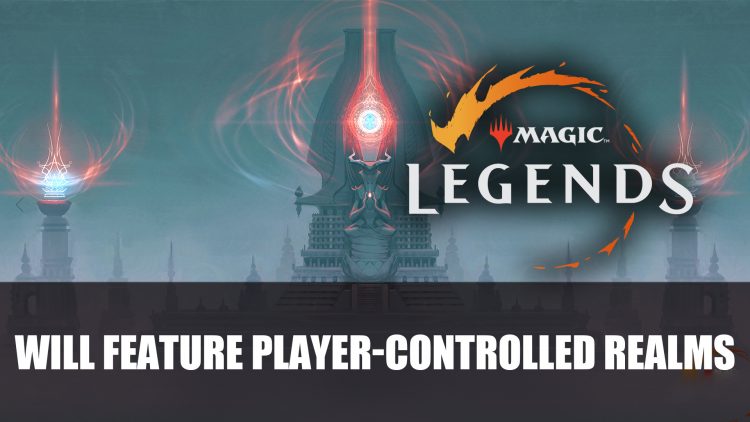 Cryptic Studios shares in a recent post some new details about upcoming ARPG Magic: Legends, about a player-controlled realm feature.

Cryptic Studios have been sharing a series of posts which dives into more detail about the upcoming ARPG based on the Magic: The Gathering universe called Magic: Legends. One of the interesting takeaways from their recent post is about Realms. The Realms system is suppose to reflect the player’s character growth as well as provide a deeper feel to the fantasy of being a planeswalker.

In this Realm, the players has “control over an entire realm of their own that they can build upon and upgrade as their power grows”. It provides a player with a safe area to hone their power. In the Realm there is the Aetheric Core, a place where players can take on projects from a number of workstations, these reward players with artifacts, class unlcocks, mission reward multipliers and more. They also provide many in-combat benefits for players, as well as a place “of long-term progression”.

Magic Legends is a fast-action paced RPG, using the Magic: The Gathering card system to provide spells for your character at random. If you want to know what we thought of the game after trying the demo for Beastcaller and Geomancer classes, be sure to check out next Magic: Legends Hands-On Impressions.

For more news be sure to read next PC Gaming Show 2020 Happening June 6th. To get a round up of recent RPG news find it here in Top RPG News Of The Week: April 26th (MHW Iceborne, Digimon Survive, Torchlight 3 And More!).