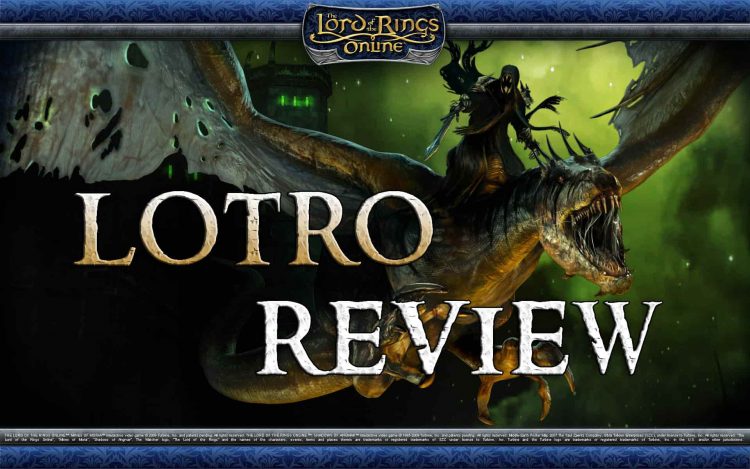 A review of the MMORPG Lord of the Rings Online, or LOTRO, which released in April 2007 by Turbine. It went F2P in September of 2010, and I started playing it shortly after the F2P release.

I had played a handful of MMO’s in the past but none had really pulled me in hard enough to stick around for long. However I am a huge fan of Lord of the Rings and the Silmarillion so I was quite interested in trying this game out. Read on to find out how the game fairs in the long run. 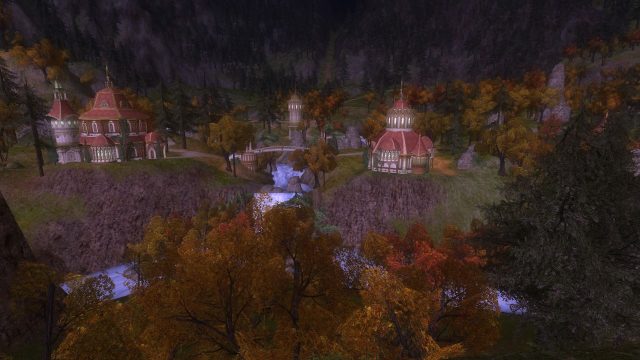 During your trips, you will come to meet the elves at Rivendell

You can play as four different races: human, elf, hobbit, or dwarf, and as a fantastic nine different classes:

There are some restrictions on race/class combos and the Runekeeper and Warden are expansion classes you have to pay for. My first character was a Dwarven Guardian and I started off in the dwarf halls of the Blue Mountains a bit west of the shire, near where the elves leave middle earth.

Lord of the Rings Online is undeniably beautiful, from the sunny elf homes of Rivendel and Lothlorien to the dark murky remains of Moria, they did a wonderful job building the landscape. The game actually has a standard and a high resolution version that you can pick between, if your computer can handle it the high resolution looks incredible – at least for something released in 2007.

The music score is also excellent, usually fairly slow calm music with faster paced and sometimes menacing sounding music in dungeons. Speaking of music the game has a very nice feature that allows you to play music on various kinds of instruments, and it has the ability to play pre-written music from text files. Its not unusual for people to make small bands, and once a year there’s a major festival where people come from all the different servers to one spot to have a giant concert. 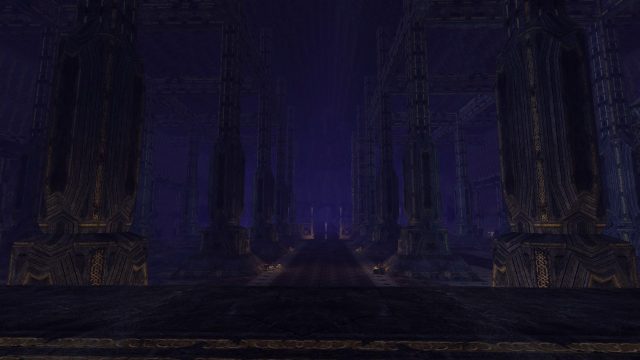 The 21st Hall of Moria 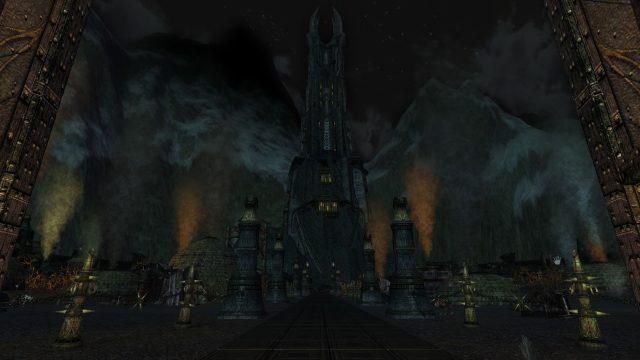 The Tower of Orthanc

Much of the game play and leveling is going on quests, most of which are solo. Unfortunately lotro does little to improve on the standard fetch quest and slayer quests you find in most MMORPG’s, but it does offer a wide variety of different area to quest in as well as instanced group content as an alternative to questing. The story that goes with the quests are pretty good, drawing heavily on the Silmarillion and the deep amount of lore written by J.R.R. Tolkien.

The main story quest drives you to different regions of a world at war. This epic saga is divided into three main parts, the first being the Shadows of Angmar, where you fight against the black throne of Angmar where Sauron used to rule. The second part you help the Dwarves to retake Moria after the fellowship has already passes through and then assault the forest of Mirkwood with the elves. The third and current story that is still in progress has you going to the south with the rangers to the aid of Aragorn, rightful king of Gondor. Doing so you pass through tribal villages, fight Sauramon the White, and head into Rohan and Helms Deep. 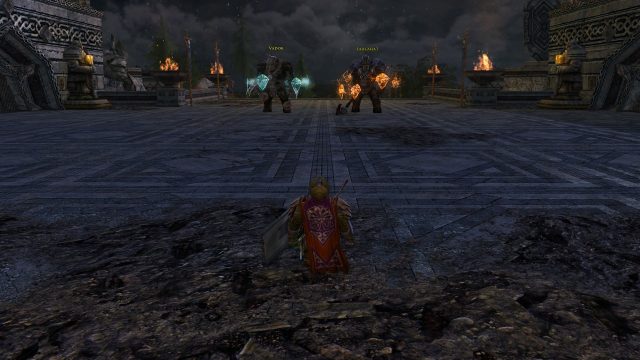 The double trolls of the Battle for Eregion raid

At around level 20 you can start playing instances, a separate section of the game designed for one,two, three, six, or twelve people that join in a group. It only took a few runs through an instance for me to know that it would be the bread and butter of the game for me. They start out fairly easy and gradually get harder as you level up and gain access to more of them. The largest instances, 12 man raids, are by far the hardest part of game, requiring all 12 people to coordinate and play at their best to beat some truly nasty bosses.

A nice feature the game has is that it includes an optional in game voice chat which will help you greatly in a large group of people. Most of the instances can be scaled to a chosen level, however Turbine didn’t do that well keeping the difficulty from scaling intact. If you play an instance originally meant for level 65 at level 65 it was hard, but if you play it scaled to 85 when you are level 85 it is significantly easier.

Now, a little on the crafting system. Lotro enables players to make Armor, weapons, jewelry, food, and buffs of various kinds. Mostly the crafting professions are self contained without needing the other ones, however some low and mid level recipes will require a few things from other ones, like the armorer will need some gems from the jeweler for example, later level recipes don’t really require this though except for rare recipes. For the most part you should be able to get plenty of materials to work on your crafting as you quest along, if not the auction house always has a good supply of stuff.

Unfortunately in recent months problematic game decisions and issues have been becoming commonplace. The first one effects everyone, the servers have been lagging so much that many people have had a hard time logging in, and I personally had to re-install twice before I could connect to the game. Even after connecting the whole server can get a giant wave of lag, with everyone more or less frozen from anywhere to a few seconds to minutes. Performance issues such as this can be really really bad when you are doing  harder content like raids, where even a few seconds can wipe everyone out.

The second problem effects mostly people at the level cap and ones looking for a challenge. Turbine have been neglecting the end game raiding community more as time goes on, with the release of Riders of Rohan having the least amount of end game instances yet in an expansion, having one of the instances delayed for a time while they finished it, and having all three raids be generally easier, less important to the game,  unimportant story, and lower quality loot. The next expansion will contain no raids in favor of a “Big Battle” system. I can only speculate on how the big battle system will work and hope for the best, but it looks like many of our players are moving to Rift.

To see more gamer reviews on a variety of games and platforms please visit our Game Reviews section!

8
Summary: In conclusion, LOTRO takes place in a beautiful world with a compelling story. It is pretty easy to learn but hard to be the best, with many different classes, skills, traits, and equipment to customize your character. There are issues with lag right now and there are many expensive expansions you might want to buy to get the most from the game. Overall I loved the game, but I'm hesitant about the direction the developers are taking it. It's a great game but it's been declining steeply in recent months, and as much as I love it I fear for its future.
Story & Setting (9)
Gameplay & Performance (7.5)
Visual & Audio (8)
Replayability (8)
Pricepoint (7.5)