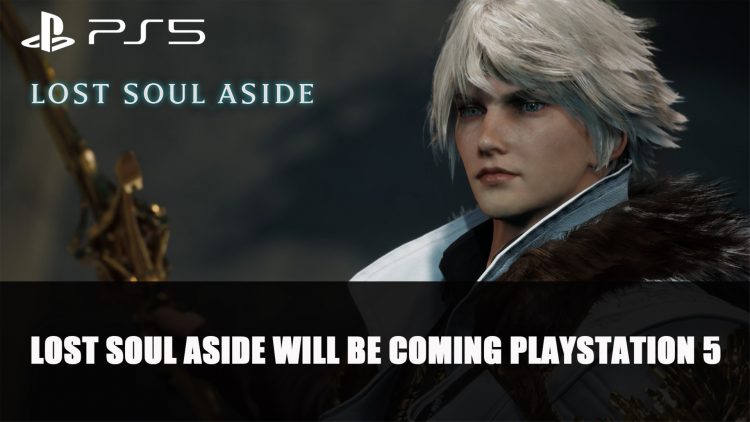 Fast-action title Lost Soul Aside has been announced it will be coming to Playstation 5.

Lost Soul Aside Will Be Coming to Playstation 5

The official Twitter account for Lost Soul Aside has confirmed it will be releasing on Playstation 5, joining previously announced platforms PC and PS4. Earlier this week an 18-minute video of the gameplay was released previewing the combat and a peek at a cutscene.

I have received many to ask me why #ChinaHeroProject only showed one game, don’t worry, they will be there, be patient. In China, we’ve been supporting variety and creative small studios for years and it will continue, when it is time, the rest will show up. CHEERS! pic.twitter.com/9qSiTRnjZ3

The news was announced at the Chinese PS5 event Playstation China Conference 2021, which confirmed the PS5 will launching in China on May 15th, with a pre-sale happening on April 29th.

In case you missed Lost Soul Side has had quite the journey since it started out being developed by one person, Yang Bing. It first garnered interest when he released his first trailer which started out as a solo project. The game is influenced by such titles as Ninja Gaiden and Final Fantasy XV. The title was brought under the China Hero Project which helped to expand the team under Ultizero Games.

The latest video of gameplay released also looked reminiscent of Devil May Cry games, and actually now has a closer connection to the franchise. Just this week the Devil May Cry 5 composer Cody Matthew Johnson announced he will be writing music for the game.

Thrilled to announce Im writing music for @Lost_Soul_Aside @UltiZeroGames the new gameplay reveal features a bunch of my music in the combat sequences! #LostSoulAside

The development team has been a dream to collaborate with & I cant wait to share more!https://t.co/LyTSGeWJ01

Lost Soul Aside has yet to have a release window, but will now be coming to PS4 and PS5.