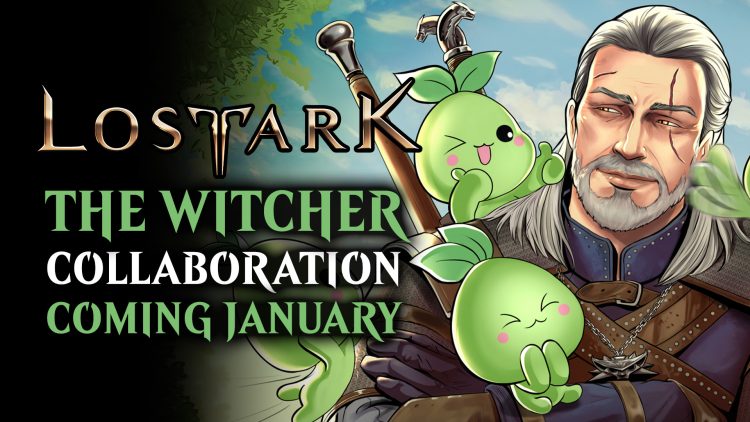 Lost Ark is getting a bit more Witcher-y in the upcoming collaboration in January 2023 and will come with new cosmetics and more.

Geralt, the eternal hater of portals has found himself at the tail end of yet another one. This time, he has continued his jump around different worlds with Ciri, finding themselves in Arkesia of all places. The famous Witcher has brought with him a slew of cosmetic items, so let’s take a peek at the goodies he brought over from The Continent.

Kaer Morhen Joins the Search for the Lost Ark

The Lost Ark x Witcher collaboration actually just released in Korea, specifically on November 23, 2022. It will run all throughout the Christmas season and the event ends on January 18, 2023. The Western shores, on the other hand, has confirmed that it will receive the goods sometime in January of 2023, presumably alongside the first major content update of the year.

Following the precedence of previous patches, we can possibly assume that we will get the Witcher collaboration the day that it ends in Korea, January 18th. 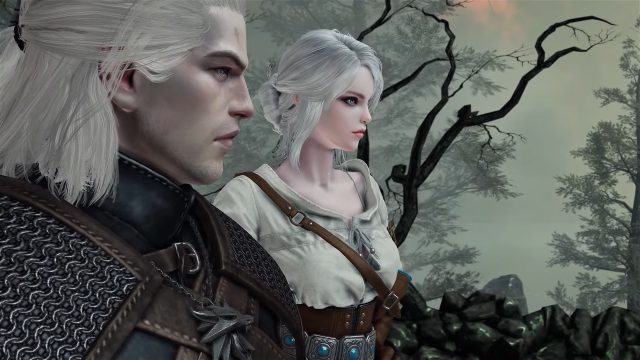 Geralt and Ciri in Lost Ark

The Lost Ark x Witcher collab adds a new island into the game with a few of our favorite characters. Both #TeamYennefer and #TeamTriss will be glad to know that both femme fatales look to be added into the game and can be interacted with. Of course, we will get Geralt and Ciri, as they have been heavily used in the promotional materials. Everyone’s favorite troubadour, Dandelion will also be joining the cast, it seems. 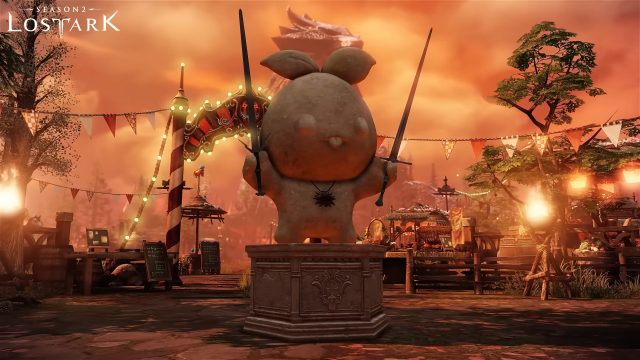 While we may not be getting new Guardian Raids (like the Leshen in MHW), we will be getting some story-related activities to partake in.

Players who venture over to the new island will be happy to see it Witcher-themed with a gigantic mountain adorned with the image of a Wolf School Witcher Medallion. You’ll also get to strike a pose with an oversized Mokoko statue complete with Silver and Steel Swords and his very own pendant. 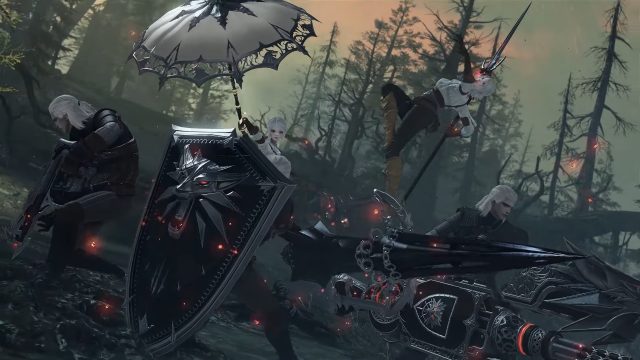 The main meat of the update are the cosmetics though. Players will be able to purchase outfits that will transform themselves into exactly Geralt and Ciri lookalikes, for male and females, respectively. Each of these outfits are the character’s default outfits, and look quite at home in Lost Ark. 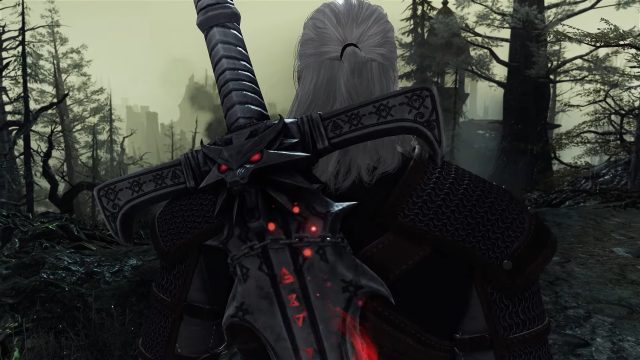 Each character class’ weapon also gets a cosmetic in the Lost Ark collaboration. All of them are aptly fantasy-themed, and come in various various silver and steel colors. We will be getting shield with huge Wolf School Insignias for the Gunlancer, or even Artillerist miniguns that have the Wolf’s mouth open up to reveal a gattling gun. All good stuff. The most absurd and hilarious of the selection though has to be the Destroyer’s weapon. 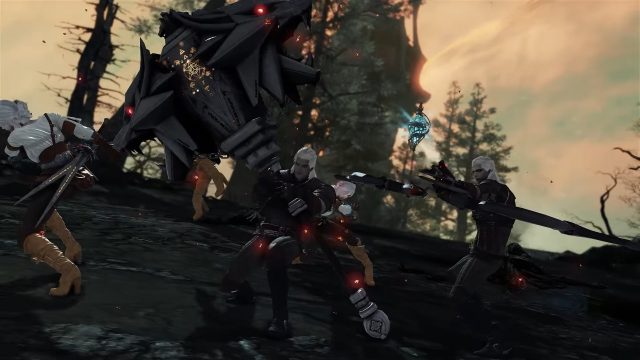 Destroyer Gets the Best Weapon in Lost Ark

The hammer-wielding class will be getting a gigantic mallet that has comically oversized Witcher Medallions in place of the two faces. If there was a weapon ever intended of causing huge amounts of pain, it would be the Destroyer’s Medallion Mallet.

Geralt and pals are no stranger to crossovers. Due to the nature of portals in the mythos, having him and Ciri appear literally everywhere is actually quite lore-friendly. Aside from the upcoming Lost Ark collaboration, we’ve seen Witcher-themed events or items in Monster Hunter World or even Soul Calibur. 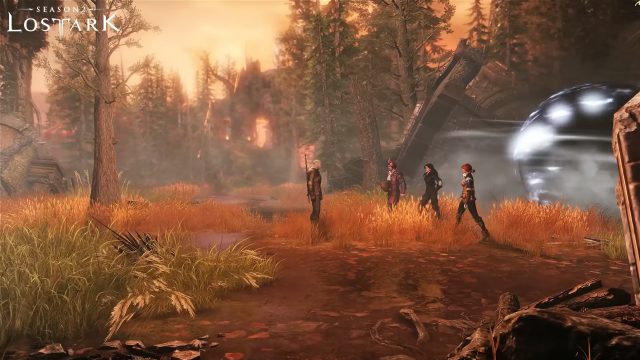 The Witcher has been making quite a buzz as well recently. Geralt’s debut game, The Witcher, has been confirmed to have a complete remake in development. It has been pegged to be an open-world RPG, which is quite the departure from the original game’s segmented areas. Hopefully you’ve picked up The Witcher III in the last Steam sale, as owners of the title will be receiving free next-gen upgrades in December. 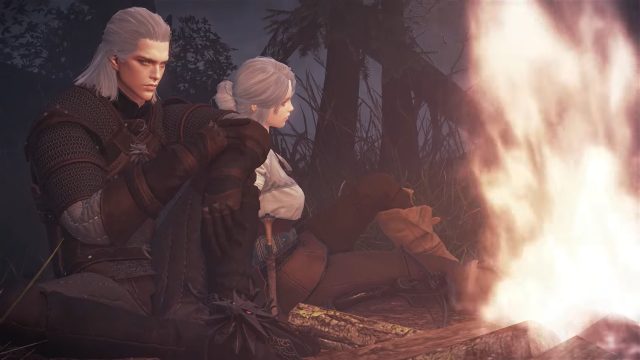 Taking a Break from Monster-Slaying

Lost Ark, on the other hand, just got the November Update “Feast with Friends” that added the new Reaper class. December will introduce Brelshaza, the Summoner, and even more activities and events. The Lost Ark x Witcher collaboration was originally announced in June 2022, during the Summer Showcase for the popular MMO. Western Lost Ark is also missing the Artist class and its subclasses, which will add another much-needed third option for support players.