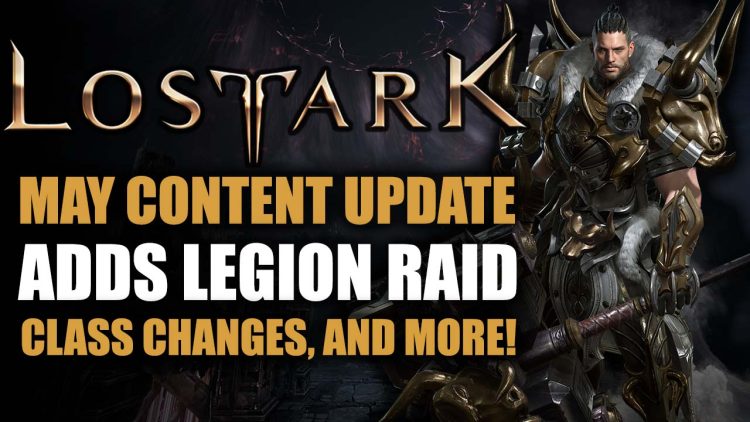 Lost Ark’s May content update for the NA/EU version of the game comes with some massive features. This will include the first Legion Raid, new South Vern Activities, and more.

Good news, heroes of Arkesia! Mark your calendars for May 19, 2022, as this is the date that Amazon and Smilegate RPG are planning to unleash their latest content update. 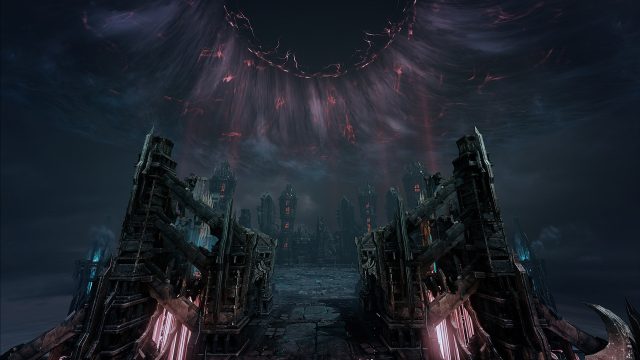 One Does Not Simply Walk to Valtan

Amazon previously teased us with a laundry list of features last April, but let’s look again!

Introducing the first-ever Legion Raid, Valtan. Eight players will need to group up to be able to face off against this foe as Legion Raids are considered the pinnacle difficulty in Lost Ark. Amazon and Smilegate haven’t revealed the full list of tools that Valtan will have at his arsenal, but players should be able to look at other regions for more ideas. 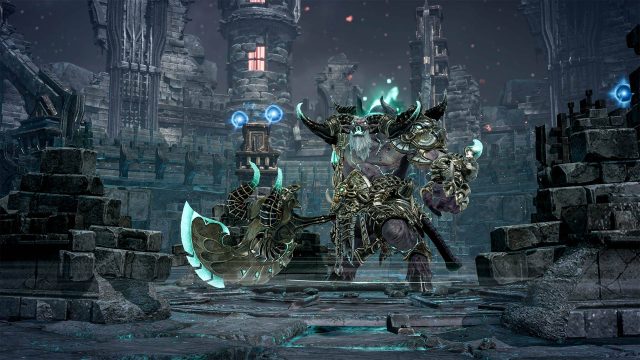 As the Valtan Legion Raid is a difficult encounter, it will have “gates” or checkpoints to save players’ progress. This means that, unlike Abyssal Raids, Legion Raids can be continued at a later time. To enter the Legion Raid, players must first reach item level 1415.

To reward players for their efforts, the Valtan Raid will award Relic tier gear and materials. This is the highest level gear currently available in Lost Ark. These upgraded equipment will provide greater stat bonuses, better Tripod allocations, and higher Engraving levels.

Deskaluda Guardian Raid Plus Others

Flying in alongside Valtan to reign terror down on players is the newest Guardian Raid, Deskaluda. This black and green eagle will overtake Velganos as Lost Ark’s premiere difficulty Guardian. Similar to Valtan, details are scarce on the actual Deskaluda fight. However, we can be sure that players will also need to have reached item level 1415 to participate. Deskaluda will also drop Relic tier necklaces, rings, and earrings. 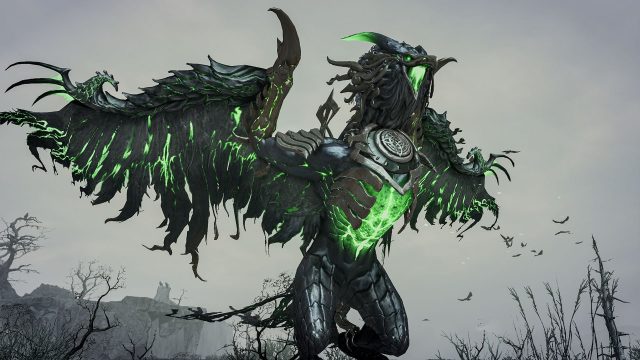 A new weekly activity revolving around Guardians is also being added called the Challenge Guardian Raids. This event will let players take down three different Challenge Guardians, each of which has its own requirements for entry.

The unique thing about the Challenge Guardians is that players’ stats and item levels will be adjusted, depending on which boss they choose to fight. This is to ensure that there would still be sufficient challenge in each encounter.

To help beat down these new gargantuan foes comes the newest advanced class, the Destroyer. The Destroyer is one of the 7 missing advanced classes from the west and is the second to be added after the Glaivier. 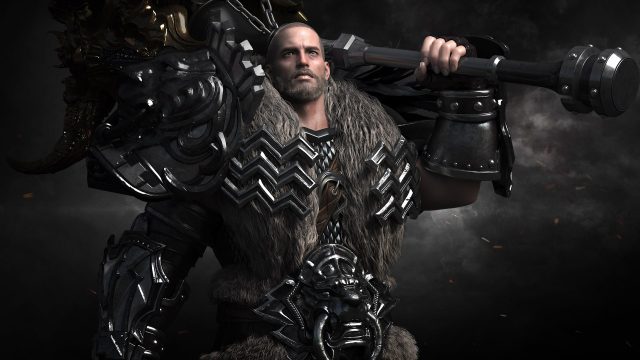 The Destroyer is the Warrior’s fourth advanced class. They are slower than Berserkers but still faster than Gunlancers. Being massive, hulking warriors, the Destroyer is able to wield a mighty hammer and can clobber his foes with ease.

It is also said that the Destroyer’s Hammer attacks are so powerful that they can even manipulate gravity around them, controlling their enemy’s movements in the process. The Destroyer is definitely ready to destroy foes in Lost Ark.

Will the Destroyer Get a Power Pass?

Unfortunately, the introduction of the Destroyer won’t give players a Power Pass as they did in the Glaivier’s release. The reasoning behind this is that other regions only received new classes once a year. The Western release will have a new advanced class every few months.

Players who haven’t taken advantage of the ongoing Express Mission event might want to save that for their future Destroyers.

More general content available to a broader reach of players will also be added in Lost Ark’s May content update. Many of these will be focused on expanding South Vern, the area added last April. 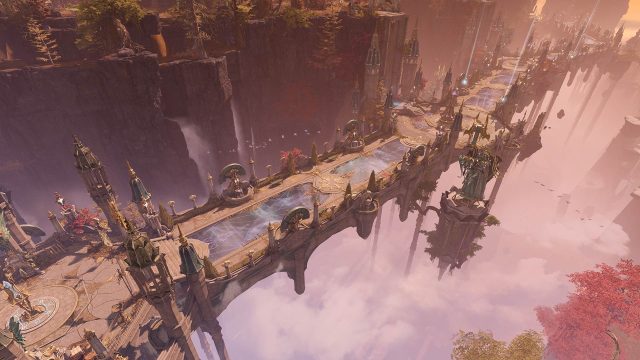 Being added in May are the Chaos Line’s Hard Mode, the Thunderwings Field Boss, the South Vern Chaos Gate, Chaos Dungeons, and Ghost Ship.

A new Island, called WIld Wings Island is also one of the additions. Crispy Golden Chicklings are angry at the heroes of Arkesia for constantly hunting (and cooking) their delicious friends and family. As such, they intend to raid the Wild Wings Island and take control of it for themselves. 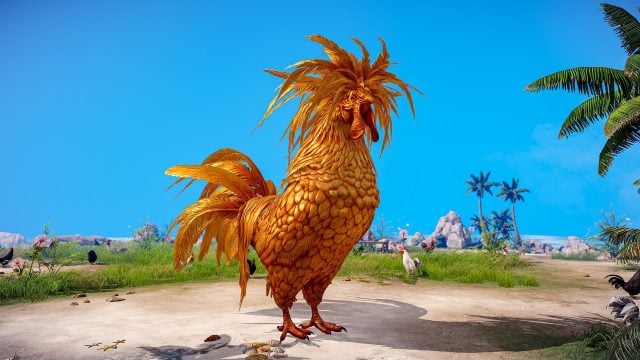 Players must then transform themselves into either chickens or beer, and take up arms (or wings) against the Golden Chickling uprising. The more enemies you defeat, the better the rewards.

As Lost Ark is an MMORPG, more social aspects are also given importance. New Guild Activities are being added in May. The first is Island Siege, a PVP activity that pits one guild against another. The next is the Raid Match, which lets players challenge a powerful boss called Sylmael Devourer.

Players will receive a balance pass for all classes for the first time in the NA/EU release of Lost Ark. There are a massive amount of changes that will tweak literally every class. Some underperforming classes will receive buffs, while those that are too strong will be toned down. 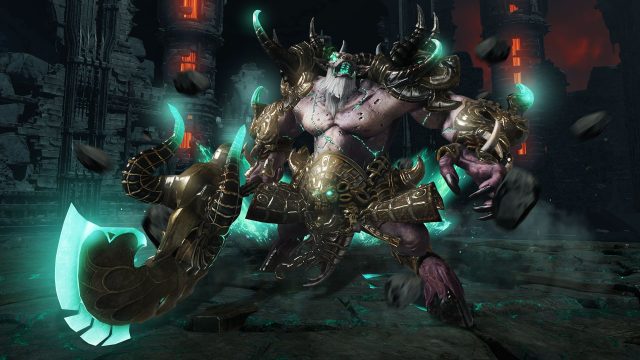 A Closer Look at Valtan

One notable change is to Bards. The skill Prelude of Storm can now Counterattack some bosses’ special abilities. Their debuff effects that cause monsters to take additional damage from their groups are having their duration increased by a full 1 second, bringing them to 3 seconds total. This affects skills such as Sound Shock, Stigma, Note Bundle, Harp of Rhythm, and Rhapsody of Light.

Sorceresses, on the other hand, are getting some nerfs to the popular Igniter class identity. The bonus damage from the Arcane Torrent state will be decreased from 20% to 18%.

Berserkers are also getting a few damage nerfs in terms of their most popular skills, Hell Blade, Red Dust, and Sword Storm.

This is just the tip of the iceberg for class changes, so be sure to check back later for more info!

Lastly, we have a few small, but welcome, quality-of-life changes. The first coming is Front and Back indicators on bosses. This is a very important addition, as it will make it easier for classes that Rely on Front or Back Attacks to better determine if they’re in the optimal position for dealing damage. 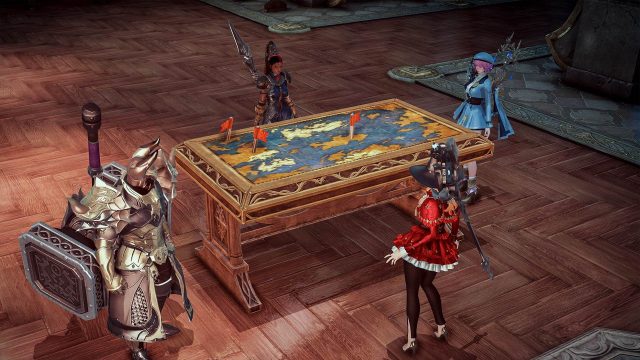 Plan with Your Guild

The interface will receive a few changes as well. We will get a new Daily and Weekly Checklist that will display all the progress of these activities across all your characters in a server. Auto dismantling will be made easier with the addition of filters for unwanted Stats. Say goodbye to useless items with Domination, Endurance, and Expertise! 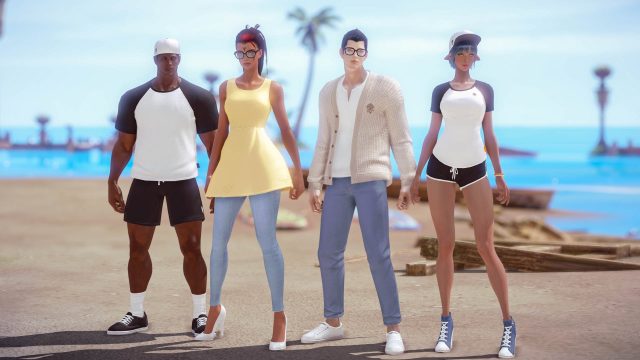 Players who have a full stable of mounts will also appreciate the new summon random mount feature. And as with any content update, new cosmetic items will also be available in the in-game shop called “Neria’s Wardrobe”. This features some more casual outfits, just in time for summer.

May 19, 2022, is going to be an exciting time for Lost Ark fans. Hopefully, the content update goes smoothly. For more on the game, be sure to check out our Lost Ark Wiki.