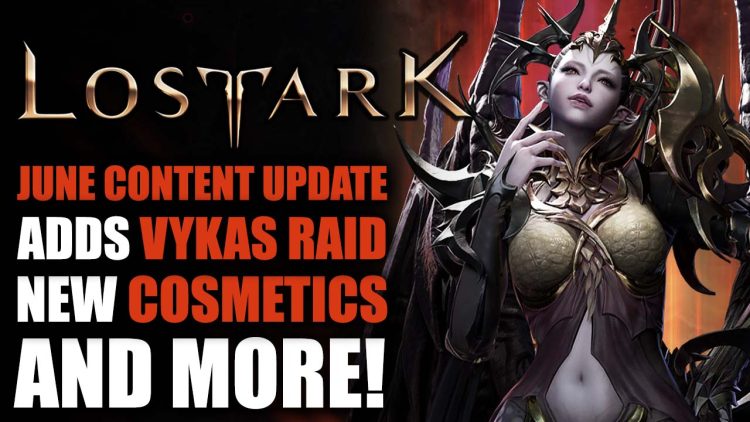 The last time we talked about Lost Ark, we explored the various things to look forward to from the Korean Release. Korea will be receiving the Aeromancer advanced class quite soon. They will also be getting new Guardian Raids and a streamlined Tripod system.

Those on the west servers though are just about to get the June Content Update and have a bit of catching up to do. When the patch completes after maintenance, the Vykas Legion Raid will be introduced, among many other new bells and goodies.

Let’s take a look at what Vykas and the Covetous Legion will bring to the table this time around.

The most anticipated part about the Lost Ark June Content Update will definitely be the arrival of Vykas, the 2nd Legion Raid for the NA/EU release. She will be joining Valtan in terrorizing players and the continent of Arkesia.

Vykas is the Demon Commander of the Covetous Legion. Players will have to deal with the Legion’s agents before they can even think of facing Vykas herself in her Garden of Crimson Delight. To assist players are the Siderreals Wei, Inanna, and Nineveh, all of which can bring their powerful abilities to the table. Wei can stagger enemies, Nineveh can inflict massive damage with her bow and arrow, and Inanna can create an impenetrable barrier that can protect and heal allies within. 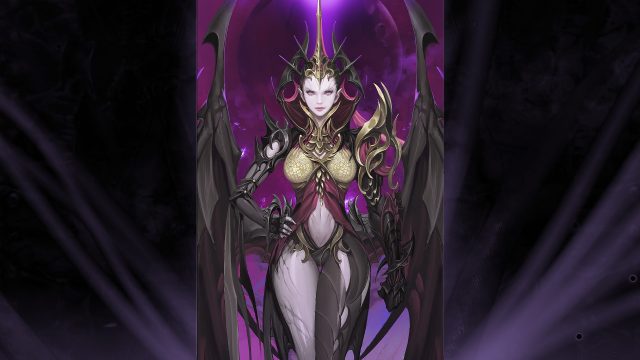 Vykas will be a difficult encounter, and thus will be split into three different gates or checkpoints. Players will be rewarded with Legendary and Relic tier materials that they can use to forge even more powerful equipment.

We have a new Guardian Raid, Kungelanium. This will be the third turtle guardian (the other two being Chromanium and Lava Chromanium), and will join Deskaluda as the strongest available in the west. Much like Vykas, this guardian raid will reward players with materials for Relic gear. Players will need to be item level 1460 to face off against this new Guardian. 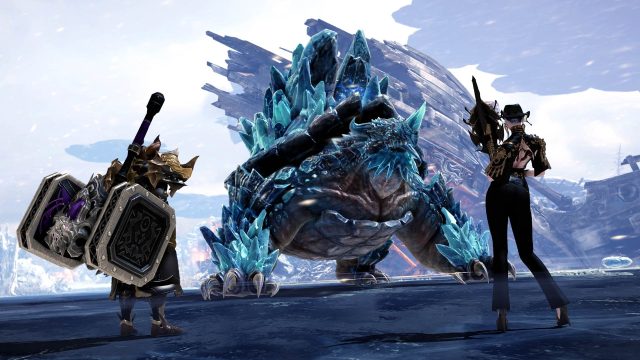 Thronespire will be a new Tower for solo players. Much like Shadespire and Fatespire, this will be comprised of 50 levels in total. The difference here, however, is that Thronespire’s first 25 levels will give rewards upon the first completion. The remaining 25 levels will be counted for prestige and leaderboards.

Lost Ark’s last content patch gave us the Wild Wings Island, where we would have to do battle with giant chickens as either a chicken or beer form. Weirdness aside, it was a pretty generous piece of content that gave out nice rewards. 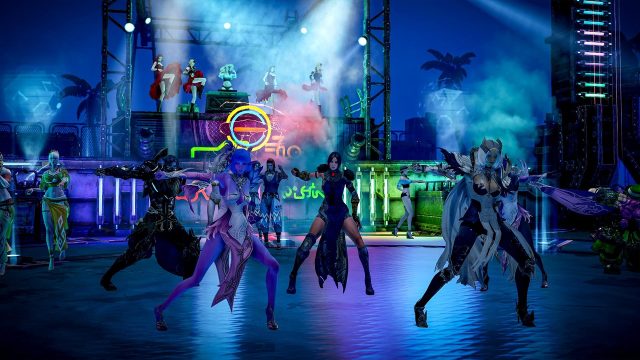 Heartbeat Island on the other hand is meant for a bit more rest and relaxation. Just off the coast of Annika is this island-turned nightclub where it is a perpetual party. Players can earn Festival Coins by participating in different events that happen on the island. They may even get a shot at challenging Rekiel, the Dancing Queen of Heartbeat Island.

The biggest change to Lost Ark will come in the form of a modification to the weekly reset timings. Currently, major patches and weekly maintenance happen on Thursdays, at 12:00 AM PT. This usually means that the teams at Amazon and Smilegate have only two days to monitor servers for any instability or bugs.

Come next week, however, the weekly reset will happen on Wednesdays instead, still at 12:00 AM PT. This should give the developers more time to squash out any nasty bugs that might’ve gone past the QA team. 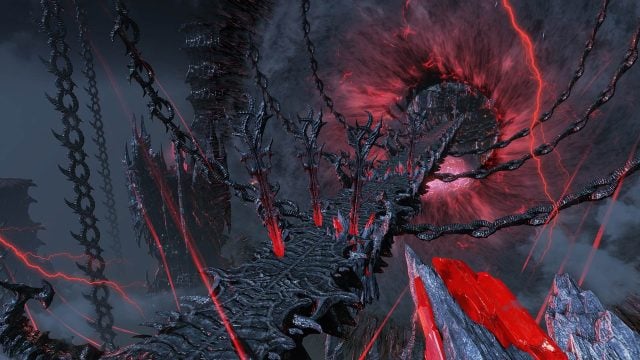 Our Stronghold will also be receiving new research options, one that was highly requested. A Honing Buff will be available to help the journey for alt characters between item levels 1370 and 1415. This buff can be researched once players get an ilevel 1460 character in their roster.

Smaller changes include the ability for players to change the font size of damage numbers. Hooray for people with larger monitors! Of course, there will be dozens of bug fixes. One of the players’ favorites seems to be making the “Crystal Benefactor” title no longer be highlighted when they log into the game. The infamous “stuck cursor” bug also has a potential fix that the team will be implementing in this content update.

Of course, Lost Ark needs to fund itself, so Smilegate RPG and Amazon Games are adding a few goodies to the store.

First up are a couple of Growth Support Packs that will help players catch up in terms of item level. The first will be the Growth Pack, and the second is the Punika Pack which will cost about $5 and $10, respectively. Each will offer different contents, but all will be usable in the journey to increase one’s item level.

Growth Packs can only be purchased once per roster.

The Umar Cosmetic Collection is the first of the two skin collections in the Lost Ark June Content Update. These outfits come straight from the depths of Yorn. Each and every outfit in this pack has a somewhat steampunk, miner feel complete with goggles and various tools and pouches. Equipping these outfits will make anyone who’s up for some cave spelunking look quite fashionable. 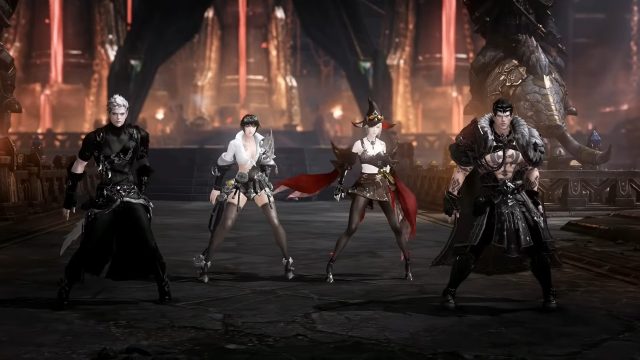 For the more outgoing type that prefers posh bars and clubs to mines and caves is the Shadow of Stern Collection. These outfits are all clothes that you might find in an upscale club, as they have some sleek pants, high heels, vests, and more. Look your best while you explore and relax on Heartbeat Island! 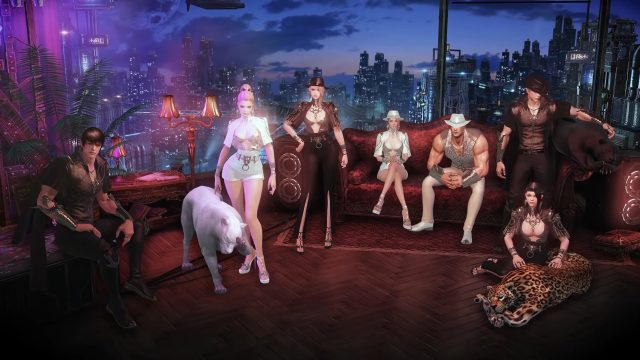 It’s a shame though that we won’t be getting any summer-themed skins this time around. Maybe next month?

The Lost Ark June update will be released today, on June 30th. We eagerly await more news on next month’s patch as that will be including the Arcana class. Be sure to check out our Lost Ark Wiki for more information on the game. We also have Lost Ark guides available to check out, so be sure to visit those.

For more news, check out our Top 5 RPGs of July 2022, Harvestella is a New Mix of Stardew Valley and Final Fantasy by Square Enix, Releases in November 2022, and Blizzard Interested in Acquiring Spellbreak Studio to Work on WoW Dragonflight.