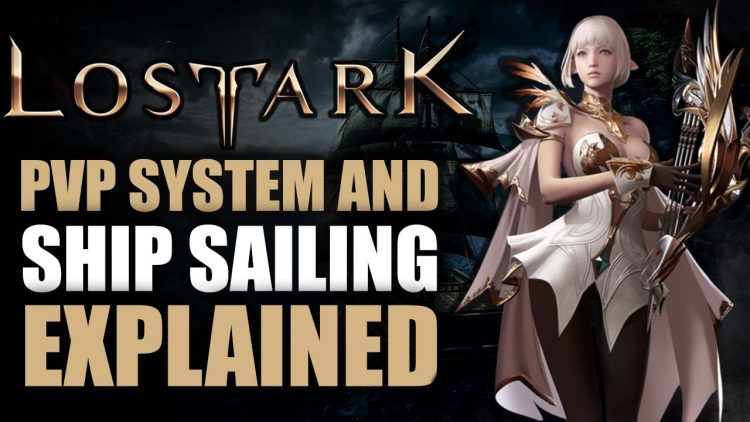 Lost Ark received multiple trailers this week, focusing on both the PvP and Sailing mechanics. In these “Encyclopedias” as Smilegate RPG and Amazon Games calls them, general details are provided about the different PvP modes, the rewards you can get together with the ways in which you can customize your Ships. 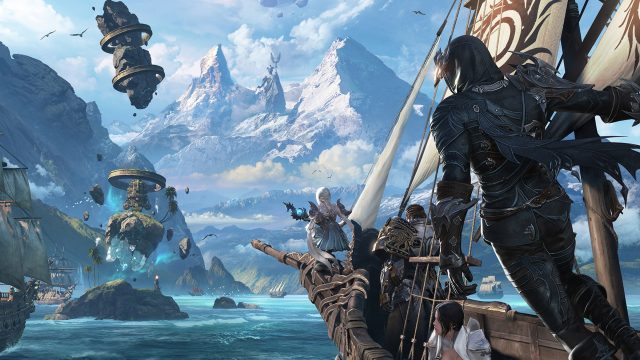 Welcome to Arkesia! Smilegate RPG and Amazon Games are continuing their tirade of introducing the different gameplay systems available in Lost Ark. They first started with the story behind Arkesia followed by the customization options available to players in Character Creation. This week, they released two new trailers featuring PVP and Sailing mechanics together with the subsequent rewards that can be obtained from either activity.

Lost Ark is only a bit over 2 weeks away. Those who have purchased the Founders Packs are in for a treat since they’ll be able to experience this MMORPG 3 days before its official launch date. February 8 to be exact. So without further ado, let’s jump right into it!

What to Expect from Lost Ark PVP 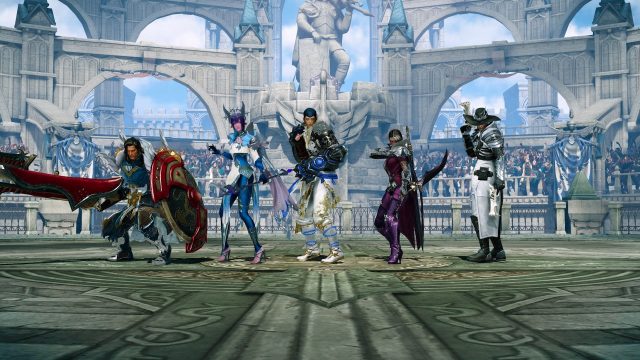 Get Ready to Rumble

You won’t immediately have access to the various PvP modes available in Lost Ark when you start your adventures in Arkesia. You’ll only be able to engage in duels with your friends as well as other players while you’re levelling up. This lets you test out your skills to know how you measure up compared to them early on.

Upon hitting Level 26, however, you’ll find yourself in the Luterra Castle. One of the Main Story Questlines you have to complete is called Rebuilding Luterra. Completing this will be part of your first foray into the structured PvP activities of the game.

You’ll then gain access to the bounty board, which consists of the Normal, Competitive, and Custom Games you can participate in. Do remember that this board is available in all of the major cities of Arkesia so you don’t have to keep teleporting back to Luterra Castle. The board is also accessible via the in-game menu, right beside the minimap.

If you wish to try out PvP for fun or with friends, you can go for Normal or Custom Games. But if you’re interested in climbing the Ranks of Lost Ark, then Competitive Matches should scratch the itch you’re having. To get you started, it’s necessary to play a couple of Normal PvP matches until you unlock Ranked Matches, which would lead you to do competitive battles.

Lost Ark PVP was also available back in the Closed Beta test done back in November. 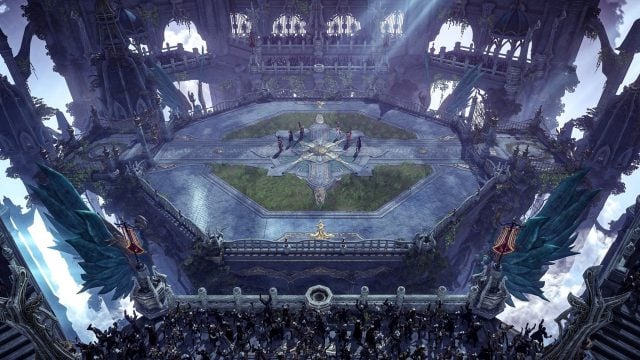 Masters of the Arena

In these Ranked Matches, you’re initially categorized into one of seven leagues with the highest receiving the Grand Master title. The goal is to win as many matches as possible to accumulate points. Losing, naturally, causes you to lose points.

There are 3 competitive PvP modes, namely Team Deathmatch, Deathmatch, and Team Elimination. Team Deathmatch consists of a 3v3 setup where you and your teammates will kill as many opponents as possible within a set timeframe. Whoever racks up the most number of kills, wins! Deathmatch is quite similar in the sense that you have the same goal. But this time, you’re on your own as you battle it out against the rest of the players in the arena.

Last is Team Elimination, which is another 3v3 setup except that you’ll be individually matched against another player. The idea is to ultimately eliminate all members of the other team. Before the start of the fight, you can choose who among the team should go first. Whoever wins the first round will move onto the second until that same player dies. In this case, the following teammate will be stepping in.

It’s important to remember that all modes are considered as “equalized matches”. This means that your current level, the gear you have equipped and the stats you’ve enhanced prior to PvP will have no bearing on the activity itself. Everyone starts with a blank slate, in terms of the attributes and abilities you’ll allocate points into.

What You Can Get Out of PvP

Playing in competitive PvP grants special and seasonal rewards including titles, cosmetics, and even unique effects that you can flaunt in Arkesia.

What’s more is when you reach a high enough level, you’ll begin earning Coins of Courage. You can exchange this currency for PvE items like cosmetics and decent crafting gear should you wish to switch activities. In essence, you don’t only gain PvP focused rewards, but you’re also able to leverage your experience here to engage in PvE content. Players who dip into both game modes will get the most out of their Lost Ark experience.

The Book of Coordination 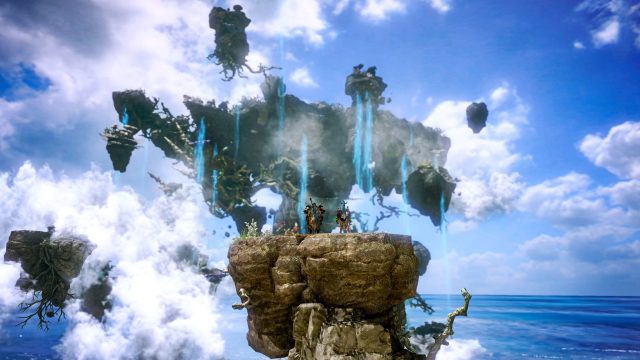 Of course, you’ll want to have a separate loadout for PVP and PVE skills, as some abilities are more effective in one mode versus the other. This is where the Book of Coordination comes in. This sub-menu allows players to create skill and tripod presets specifically for PVP.

Players can also get a preview or try out skills that they haven’t even acquired yet if they’re lower level. You can even use this to theorycraft various builds. Perhaps you can even find out if your class is the best class to play for PVP.

This system handily bookmarks your favourite setups so you can switch quickly from your PVE setup to PVP.

All Set Sail to Arkesia 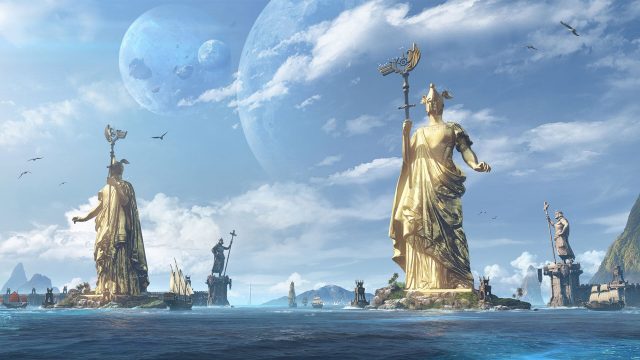 One of the ways that players will be able to explore the world of Arkesia is through the sailing system. This feature unlocks once you reach level 35 and enter the Wavestrand Port in Eastern Luterra. Sailing will be essential to players after a certain level to reach other continents. Endgame areas, rewards and NPCs are also scattered throughout the world. People will need to get used to the system because Triports, the fast travel system, only works among waypoints in a single continent.

Players will be able to select one of 8 different types of ships, each with its own looks and stats. As with anything in Lost Ark, these can all be upgraded and customized. Players can even hire their own crew to be able to fully tailor their ships to their needs. The ships will also need to be maintained and constantly repaired.

You’ll need to ensure that you and your crew are all thoroughly prepared to sail in open waters. Various encounters will try to impede your progress, ranging from an attack from Sirens or violent storms. Other timed events will also occur in the open seas. These will be specific places that players will need to visit and complete different objectives and gain some unique rewards. 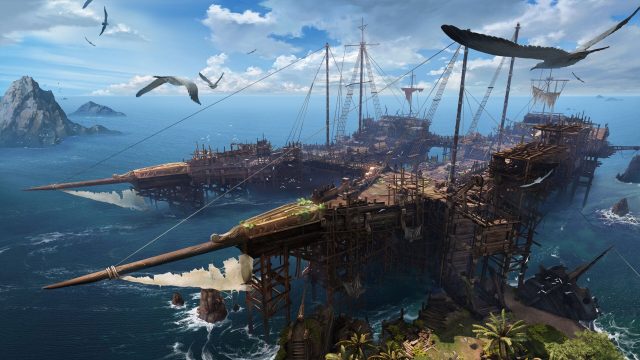 Get Your Ship Ready

That was definitely a lot to unpack. Competitive players should really appreciate the various modes that will be available during the full release. While waiting for the February release, be sure to check out our Lost Ark Wiki for more information on the game. Here’s everything we currently know about the game as well.

For more news, be sure to check out Coromon Takes on the Classic Monster Taming RPG System Adding Nuzlocke Mode and More and Castle Morihisa is a Roguelike Cardgame Set in Feudal Japan Releasing February 2022.