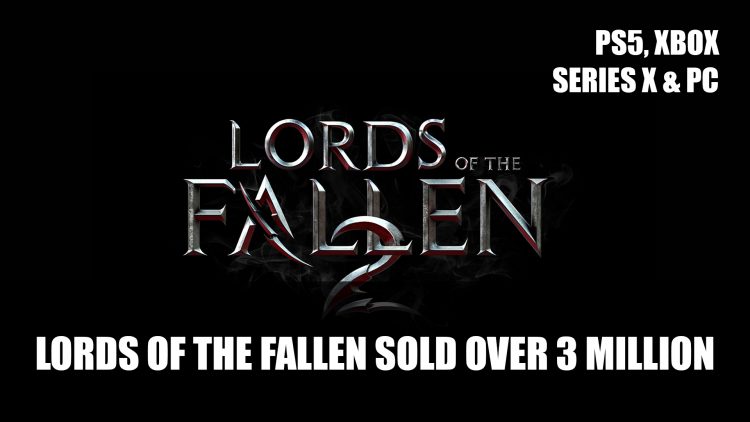 Lords of the Fallen Sold Over 3 Million Units; Sequel Full Steam Ahead

CI Games has now surpassed over three million copies sold for Action-RPG Lords of the Fallen. That’s not the only good news for the developer as their Sniper Ghost Warrior franchise also toppled the eleven million mark. With great success also comes some news about their next upcoming title Lords of the Fallen 2.

The sequel in the franchise, Lords of the Fallen 2 is full steam ahead, being developed for Playstation 5, Xbox Series X, Xbox Series S and PC under CI’s new internal studio Hexworks. Hexworks has two major teams working on the game, one in Barcelona, Spain and one in Bakarest, Romania. The two teams include a number of highly experienced developers:

Lords of the Fallen 2 is our largest project in terms of the whole of CI Games. The previous game was a full priced, full featured release and we’re approaching the next one with an even larger scope. The sequel will move the franchise to dark fantasy and will offer a revised and challenging combat system.

Lords of the Fallen 2 was announced a couple of years ago, as was revealed to be a AA game but since then the scope has grown. The Hexworks studio is working on a “fully featured game” according to their press release, focusing on not on the soulsborne/souls-like community but beyond. The press release mentions that “Lords of the Fallen 2 is fully priced” which could mean they’re now leaning towards to a more AAA title.

CI Games has now more than 80 members in their game development team, and continues to grow. They also raised over 6 million euro which will be focused on their latest projects Sniper Ghost Warrior Contracts 2, a mid-priced game, and Lords of the Fallen 2.

It’s exciting to hear some more news about the sequel as it’s been a while since there has been an update. It was back in 2018 when when Lords of the Fallen 2 was announced to be gaining a new developer. There is no current release window for the game, but we’ll be keeping an eye on this one.

Lords of the Fallen the first part to the series was originally released in 2014 on Playstation 4, PC and Xbox One. It had taken a lot of it’s influence from the Dark Souls series by FromSoftware. The story follows a convicted felon by the name of Harkyn who takes on the demonic Rhogar army. The developers of LotF went on to develop the game The Surge.