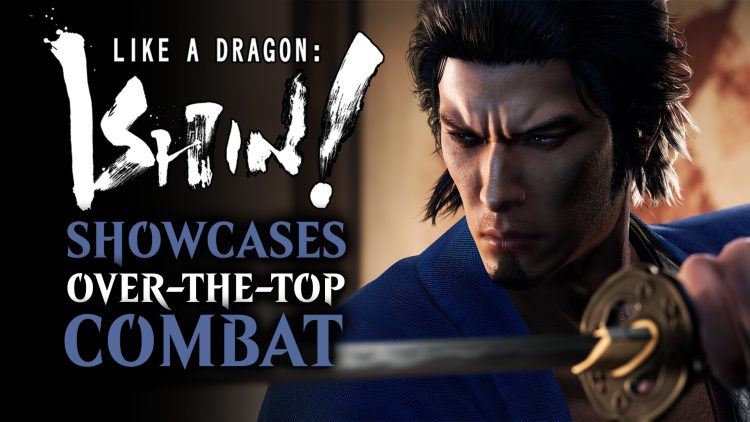 Like a Dragon Ishin, the remake of the spinoff of the Yakuza Series shows off its satisfyingly over-the-top combat and more.

It has been quite a while since the RRG’s Livestream Showcase back in September. During that time, the developers announced not one, not two, but three upcoming games for the “Yakuza” series. Also, it’s no longer being called “Yakuza”, but “Like a Dragon” moving forward.

Publisher SEGA just released a shiny new trailer for Like a Dragon Ishin, the remake of a spinoff back in 2014. The two-minute-long footage features violence and quite a lot of it.

The Yakuza games have always been full of fun and over-the-top combat. While most of the series focuses on real-time brawler action, Yakuza: Like a Dragon shook things up by making it turn-based. Like a Dragon Ishin though will stick to its roots. 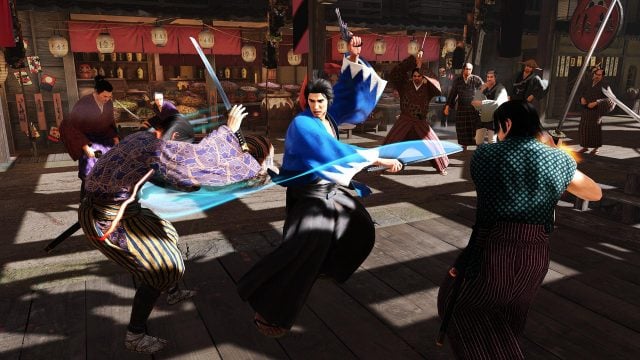 Combat will have various styles and forms for players to truly express their inner beast. Some of the showcased styles are the Swordsman, Gunman, Wild Dancer, and Brawler. 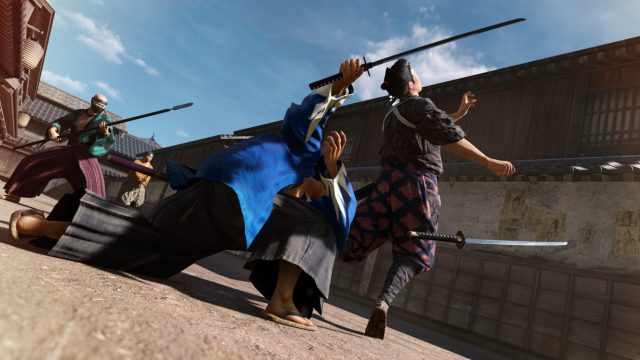 The Swordsman style is just what you’d expect: flashy and skillful katana strikes that are well-placed and target enemies’ soft and squishy spots. It is graceful and precise and looks absolutely brutal. Each hit that connects sprays a comically large amount of blood in every direction, just like in the old movies. The player character can even impale an enemy on the length of his blade, only to flick the body away like a messy ragdoll. 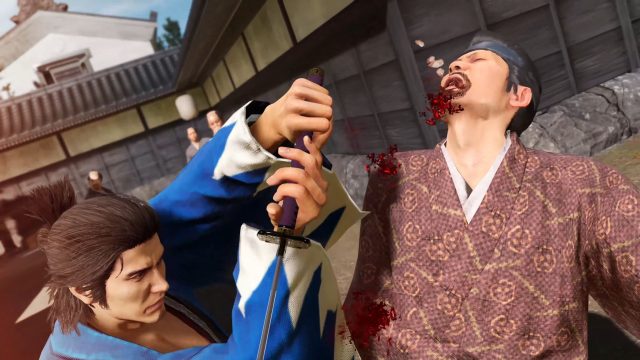 This Guy Is Gonna Need a Dentist Soon

Have you ever wanted to swing your sword so hard that the enemy’s teeth flew out? You can definitely do that in Like a Dragon Ishin. It is this over-the-top extremely silly but satisfying combat that the Like a Dragon series is known for.

It’s All a Matter of Style

Other combat stances such as the Gunman are just as effective and impractical to watch. Sakamoto Ryoma, the player character, takes his sweet time in lining up his hapless foes for the perfect skill shot. He even dances around the battlefield, spinning and exposing his back, sacrificing practicality for flair. It’s all quite entertaining to watch. 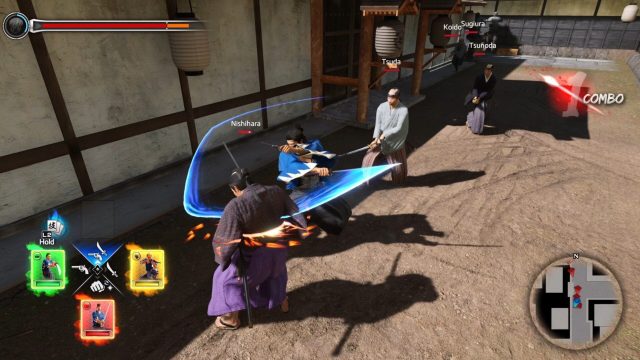 The enthralling violence doesn’t end there. The Wild Dancer also uses bladed weapons but focuses more on grace than heavy strikes. As per their namesake, they dance around the battlefield in a righteous flurry. Their blades move so fast in fact that they are able to deflect bullets aimed at them with ease. 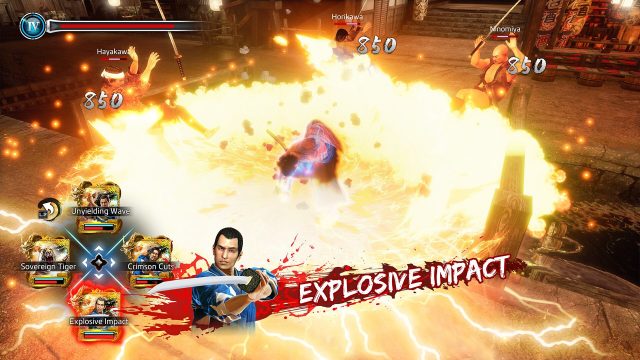 For a more direct approach, you have the Brawler style. This is a no-holds-barred and no-frills moveset that has Ryoma just dishing out the pain with his fists, feet, and forehead. Punches, grapples, kicks, and headbutts are just some of the things that you can pull off while using this combat art. And just like any brawler, you will also be able to pull off various wrestling moves to take down foes.

Of course, it wouldn’t be too satisfying to fight enemy swordsmen in Like a Dragon Ishin if you were locked into a particular weapon stance. Like a Dragon Ishin will have free-flowing combat that will allow players to quickly dance between different targets. Hopefully, we can easily swap styles on the fly, and the transitions are quite seamless. 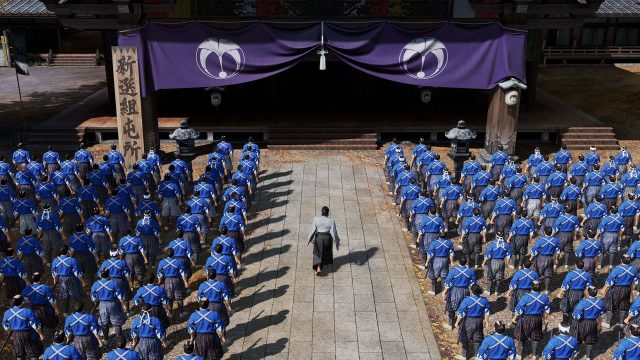 You Can Probably Take them All On

The rest of the Like a Dragon Ishin combat footage showcased Ryoma bringing on the pain for various unlucky characters. They also show off some different special moves such as pistols taking aim at groups of enemies or even the usage of a personal hand cannon. 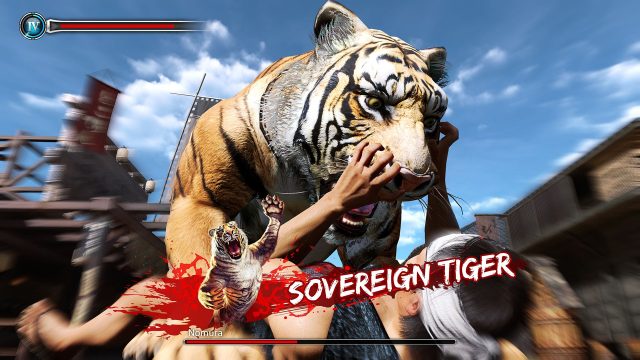 It also looks like the game will have a sort of slow-motion or bullet-time implemented. We can get a glimpse of our hero moving quickly between targets before they can even think of reacting, eliminating them quickly.

Like a Dragon Ishin’s combat is definitely quite an adrenaline-pumping affair. The over-the-top violence looks to fit just right in with the mainline games. The title is set to release on February 21, 2023, but no price point has been announced yet. Like a Dragon Ishin is a remake of a PS3 title that had no English localization back then.

For more news, check out Diablo 4 Teaser Could Mean An Announcement at The Game Awards and Lost Ark Unleashes the Summoner’s Fury this December.