Just 12 hours ago a number 3 landed on Larian Studio’s website, and now the internet is in an uproar to find out what the developer is teasing. You might be surprised to hear, however, that clues are pointing to Baldur’s Gate 3 (not Divinity Original Sin 3).

If you visit the Larian Studios’ website right now, you will be met with a huge “3” on the main page, which has sparked many to guess what Larian are trying to play at. You might be wondering if it’s the third installment in their well known franchise Divinity Original Sin. But as Larian is already known to be working on Divinity: Fall Heroes this is unlikely, and there are some clues that have pointed this teaser in another direction. 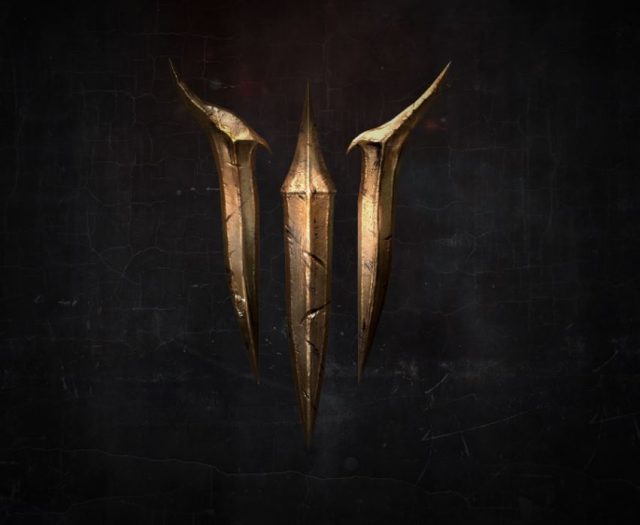 According to one Twitter poster by the name of kunken, who has looked into the source code of the video that’s currently running on the website, he has found a “BaldursGate_logo_III_retouched.png”. If you save the video and then open it in a text editor you can find the this file name. This strongly suggests that the game is not DOS III, and in fact we had previously been made aware by several sources that Larian’s next project would not be Divinity. This leads more credibility to this being Baldur’s Gate 3.

The Baldur’s Gate games were originally developed under BioWare and Published by Interplay and Black Isle Studios. The first in series Baldur’s Gate released back in 1998 for Mac and PC. The sequel was then released by Bioware Baldur’s Gate 2: Shadow of Amn in 2000. It was under Beamdog’s Overhaul Games that released enhanced editions later on.

With E3 2019 right around the corner, it will probably be during this time that we’ll hear any confirmation following this teaser.