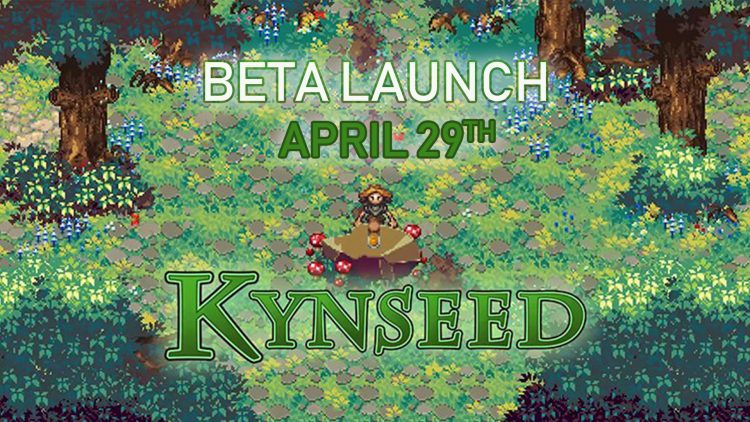 PixelCountStudios shared in a tweet today the official closed beta release date, backers of the game will be able to enjoy access as early as April 29th 2018 on PC. Here’s what you need to know about the close beta.

If you’re a fan of pixel plenty games such as Stardew Valley, then you will be interested to know that Kynseed has set their closed beta date for April 29th. Those who back the game will be given a key to join their closed beta. The game invokes inspiration from games such as Stardew Valley for it’s chilled-out gameplay and sandbox features of Fable.

Set your dandelion clock for April 29th, for the Kynseed Closed Beta soon begins. Journey to the link below for news of what’s to come.

In a thread on their Kynseed forum they go on to explain about how they feel about streaming during the closed beta:

We’d been mulling over this whole streaming thing lately. Speaking candidly, we were worried that letting folks stream such a rough version of the game would give off the wrong impression about the quality of game we’re wanting to make. But honestly, the idea of telling people they couldn’t stream the closed beta made us uneasy. It’s not really our style as a company.

Most developers can’t wait for their community to take hold of their game and stream on platforms such as Twitch which give a wide exposure to new games. However, PixelCount seem a little wary that their game is not it’s finished form, but understand how fans of the game will want to share it even at closed beta stage, and will let their community decide on this matter.

If you want to learn more about the game check out our Kynseed Hands on Preview and we recommend reading about Witchbrook.