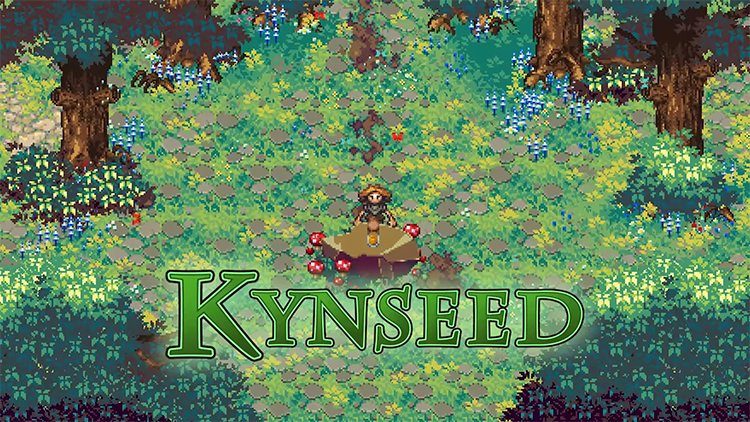 Things rise and things fall, and over time all things will pass away. So says pearls of wisdom found in many cultural wisdom traditions. In gaming, death and the end of a thing are almost a pre-requisite for gameplay. What’s a game if things don’t die? And yet, in an artistic medium so preoccupied with deletion, we so rarely see games that meditate on what exactly death means. At best, it’s a means to an end, a learning and teaching tool like in Dark Souls. But rarely, do we see it applied in its literal sense and its real implications. Planning for the future, setting up a foundation for future generations, living in the moment, all cliches and considerations that we make in response to impending mortality. Kynseed is a new game that has recently hit Kickstarter with a playable demo, created by a a couple of ex-Lionhead Studios members who worked on Fable. Taking the sensibilities from Fable and Black and White and merging them with folkore, legend and tradition, Kynseed is a sandbox RPG that lets you live a life with meaning as your clock and that of every thing ticks onward towards unavoidable death.

In Kynseed you have grown up in your parent’s farm in The Vale which is a peaceful valley in the land of Quill. Eventually you will come to meet a mysterious fey, Mr. Fairweather you gives you a magical acorn called the Kynseed. When you plant it behind your home, it will grow into an ever changing family tree that reacts to your life, growing apples when you have kids and will show your ancestors as roots.

As the seasons pass, everything alive will age and eventually die, including yourself. When you die your family tree’s Kynseed will pass to your children so they may continue your legacy and make their own mark on the world. You can opt at any time to cut down the tree and end your life and then choose a child to pass the Kynseed to. Your children will inherit some of your traits and everything you own and retain the skills they learned while growing. Once you die, you will then take on the role of your child and continue playing the game as you create friendships, romance and marriage. If you don’t ever have children, you can opt to adopt one upon death or simply allow the game to end for good. 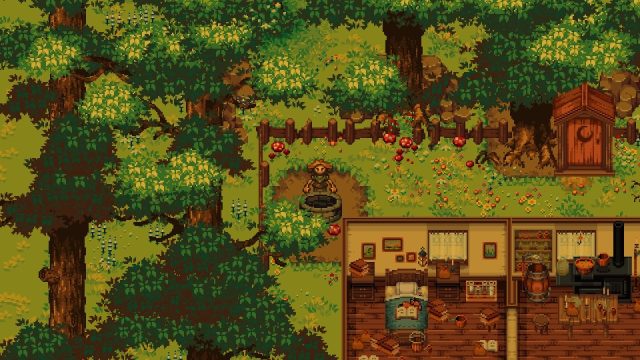 Quill is an idyllic land of valleys, meadows and pastoral towns. There is no king or large government, rather it’s an open and free land of forests, towers, caves and everything out of the pages of fantasy novels. The Path is what connects the human habitations of the world and you can travel it to visit others. Off the path, the wilds are populated with a number of creatures from folkore such as Hobgoblins, Wyrms and Banshees. 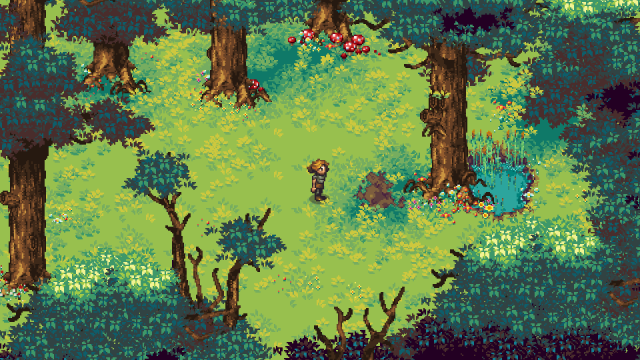 Kynseed is a big sandbox that lets you live your (timed) life however you wish. You can work the land and establish a healthy farm or other business, play minigames, explore the scenery or just hang by the creek and fish with a companion. However, through all of this, time ticks away and if you don’t set to laying down a solid foundation, your future generations will begin life struggling to catch up.

The world of Kynseed is an ever changing world that is impacted by the decisions you make. The game has a full seasonal cycle that you experience visually and in gameplay. Every living thing has its own memory and its own life cycle as well as day/night routine and as the game progresses the people and animals you encounter and befriend will all age and eventually die. Their memories persist through generations and the families of characters you encounter will remember what you do to them, whether good or bad. 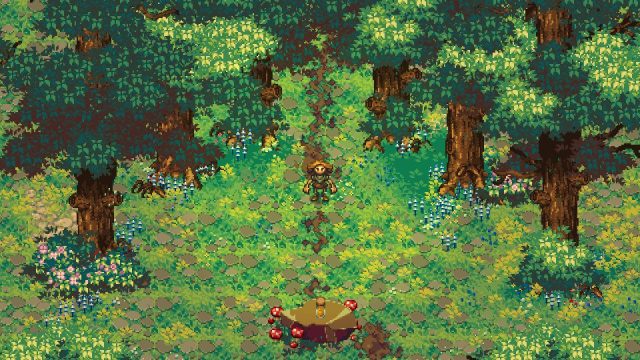 These interactions all unfold over the game’s relationship system in which you will strike up friendships with others and develop them into romances and loyal bonds. The more loyal your friends the more info and gifts you’ll receive. Those you romance can become your partners in child rearing as you create new generations to continue your legacy. The animals you encounter also have these levels of connection and the ones you befriend also unlock you perks such as becoming mounts. But the deeper the connections go, the more profound the loss you’ll feel when they do pass on. The game’s life mechanic can be tinkered with in a Faustian fashion however, and you can pay a mysterious NPC for upgrades and revivals in exchange for years of your life.

That’s really a large part of this game, the meandering freedom of it all and players will be able to spend all of their time doing anything they want without really any direction at all. You’re not tasked with kill x or fetch x. Your basic impetus will be to go forth and thrive and create a legacy for future generations as you watch beloved ones pass and new bonds come to fruition. You can get to enterprising however you prefer, such as operating a tavern, apothecary or a blacksmith where you create goods and weapons for yourself and to sell. NPCs you befriend will ask for favors which you can take on to improve relationships and learn more info about the world. 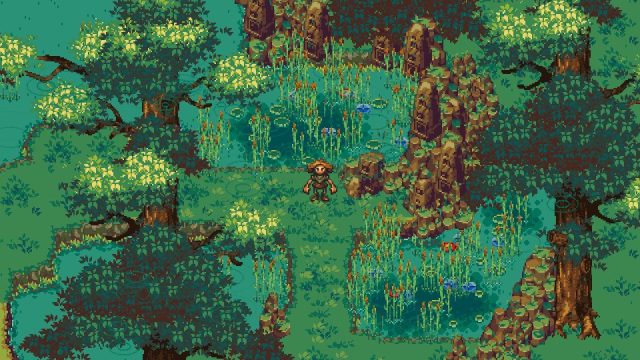 This isn’t just Farmville with emotions however and the game will allow you to indulge your monster killing inclinations. After all, even the famous passage on the turning of seasons mentions a time to kill. You can wonder off the path and do battle with creatures in the wild and taking them out will allow you to obtain materials and loot that you need to develop your legacy. As for weapons, you can equip a melee weapon, ranged weapon and item and swap between them. Each foe that you battle has its own unique traits and cycle as well that you can exploit to your advantage. So if you want to wait for a tough foe to take a potty break, that’s a valid approach. When you’re in combat, your effectiveness is related to your hunger so recipes are an important part of monster hunting. Similar to Monster Hunter of more recently, Final Fantasy XV, preparing a proper recipe before heading out will be the difference between success and failure both in buffing yourself and debuffing your foes. As you gain experience in combat, you unlock new moves and skills. Your weapon also levels up and has its own reputation allowing it in time to potentially become legendary. 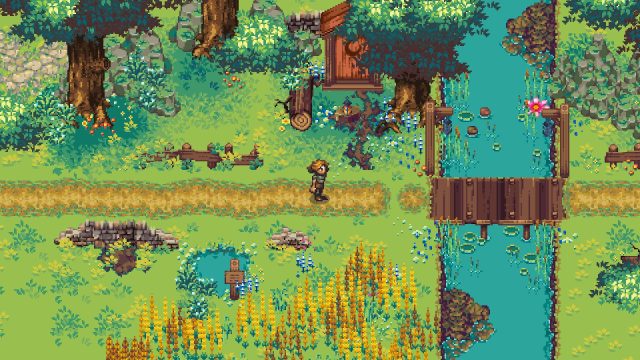 Every item and material you earn from killing monsters and doing your thing in the world contains unique traits that give you even more freedom in how you proceed through the game, whether its constructive behavior or just playing around with properties. Allergies, shrinking, flatulence, insomnia are just a few of the quirky traits you can employ for your own fun. If you pay attention to some conversations with locals in towns you’ll be able to find out where the best items are as well as other local hotspots (like where to get busy having a kid). Every village has their own traditions and customs which you can participate in for boons and learn more about the different characters in the world. You can keep track of all the comings and goings of these events and your personal commitments to others on the game’s event calendar. 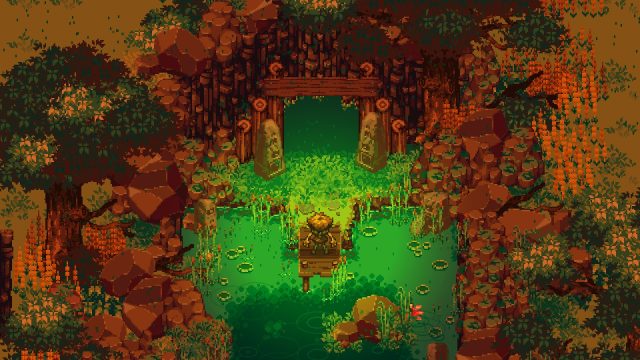 The prototype demo is slim but gives you a basic idea of what the game is like. Seasons change and time goes on and you complete your tasks of responsibility, creating bonds and connections as well as laying the foundation for the future. Combined with the score, you get this strong bittersweet sense of the beauty and sadness of life. Things rise and fall, fulfilling their lives and then fading away to make room for newness. There is still a whimsy and fun to be had by getting lost in the moment as you pal around with your pets and do whatever to your heart’s content. The visuals are pretty basic pixel art, with great color range. The music is outstanding and has a folky, acoustic flavor that is never too cheery and fits perfectly with the pastoral nature of the game. 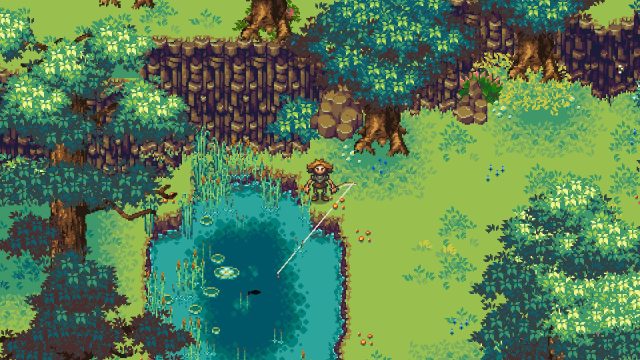 It’s all quite moving at times, and just the thought of losing a loved one was enough to evoke a strong, sad, emotional response. The developers really get to the essence of it. The stuff of life that keeps us going, yet ultimately hurts us with loss. It’s hard to play without feeling a bit of nihilism over the futility of it all, but when you understand the impact you have on future generations it starts to develop a sense of altruism in you. You begin doing it for them and less for yourself. Maybe that’s the reminder they’re trying to get across in Kynseed. The name after all does imply something you plant today that’s designed for tomorrow’s children. 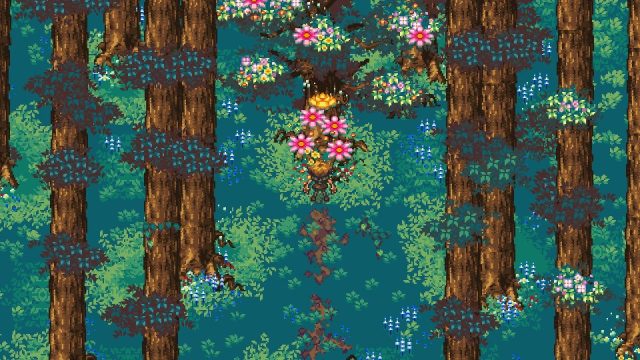 Kynseed is already an intriguing game. It’s an RPG, but a different one for sure, and is very much a philosophical nugget to chew in. It occupies the freedom space of games like Stardew Valley and Harvest Moon but adds a unique life mechanic that asks you to think about heavy concepts. It’s a sobering prospect and may not be for everyone depending on your appetite for contemplating mortality but regardless, it’s very commendable to see a developer using the video game medium as an art to explore some of the threads that run through us all. Definitely one to keep an eye on.

2 comments on “Kynseed Hands On Preview: To Every Thing There is A Season”