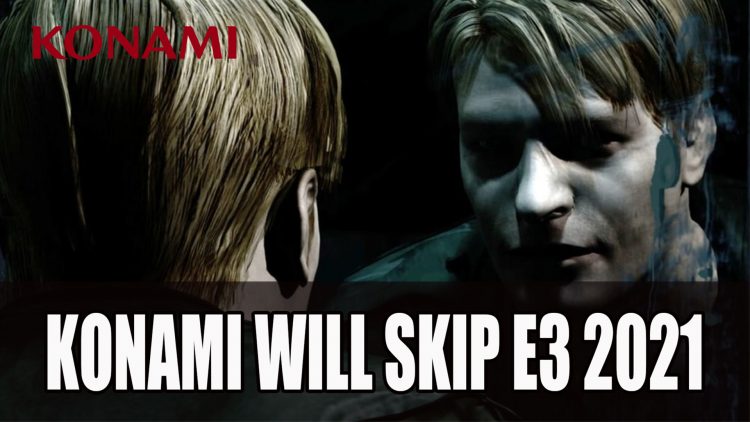 Recently Konami released a statement announcing they will be skipping this year’s E3 2021 due to a number of projects still in development.

In an official statement on the Konami Twitter account, the company announced they won’t be joining E3 2021 this year due to being “….in deep development on a number of key projects…”. They also teased to “stay tuned for some updates in the coming months”.

So that’s one more to cross of your list of E3 goers this year. Previously early commitments for E3 were announced by ESA which listed Nintendo, Capcom, Xbox, Ubisoft, Take-Two, Warner Bros. Game and Koch Media. Konami is no longer part of that list, but ESA promises more to come. But the good news is Konami has things in development and hopefully we’ll be hearing something soon.

E3 2021 takes on a different form this year, being an online event which has been confirmed as “available to everyone for free“. It will be taking place from June 12th to 15th as a “reimagine, all-virtual” event. Hosts have also been announced recently which will include Kinda Funny co-found Greg Miller, and Emmy-nominated Jacki Jing. Alex Mendez an esports commentator will also be part of the lineup.

Ubisoft has also shared they will be attending the show, recently revealing their digital conference series Ubisoft Forward, which will start June 12th at 12 PM PT.

If you’re looking for more news be sure to check out next Dragon Age 4 Concept Art Teases Grey Wardens and Mortal Shell: Enhanced Edition Now Only $20 On PSN.