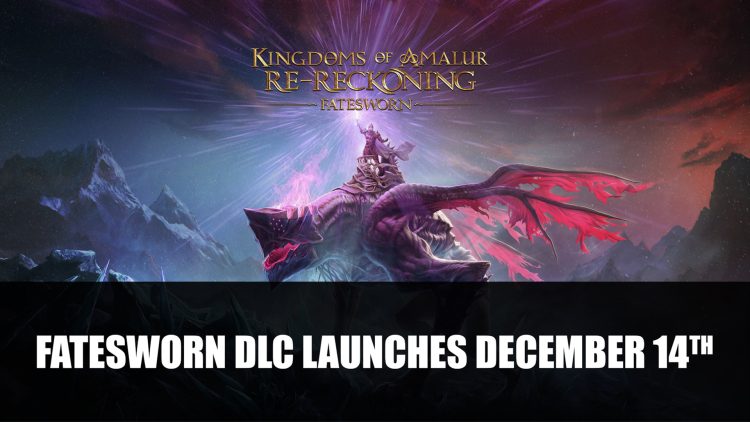 THQ Nordic have announced the new DLC for Kingdoms of Amalur: Re-Reckoning will be releasing on December 14th 2021.

Kingdoms of Amalur got a remastered version which launched in September of 2020. The title received all previous DLC including The Legends of Dead Kel and Teeth of Naros. A brand new DLC Fatesworn was announced previously and will now be launching on December 14th 2021.

The new story-driven DLC promises “a new thread in the tapestry of fate” according to the release date trailer. It also teases a “new God” whose aim seems to be to bring about chaos to the world.

The Steam page outlines that the expansion will introduce a new storyline, a new environment, new quests and missions. There will also be new Chaos Realm dungeons, a new gameplay mechanic, new weapons, armor, new enemies to face and much more. The level cap will also be raised to 50 and the DLC will even feature a new soundtrack by famous composer Grant Kirkhope.

Kingdoms of Amalur: Re-Reckoning is now available on PC, Playstation 4. Xbox One and Switch. The Fatesworn DLC will be releasing on December 14th for $19.99 USD.

For more news find it here in Demon Gaze EXTRA Western Release Gets Delayed To January 2022 For PS4 And Switch and Metroid Dread Developer Working On Dark Fantasy Action-RPG.