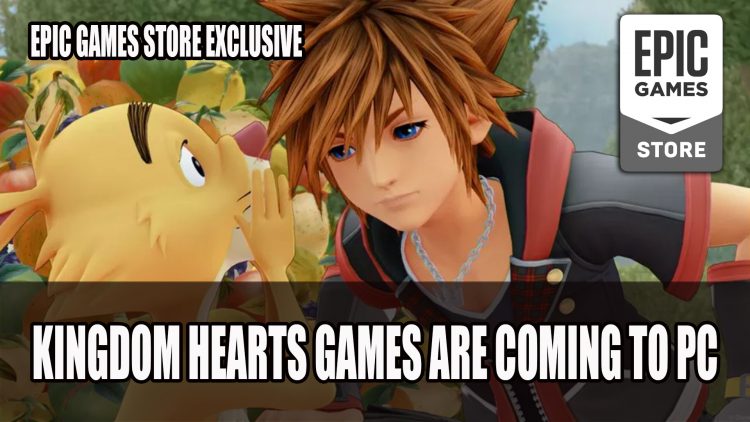 The Epic Games Store has announced they will be releasing a series of Kingdom Hearts games on PC as exclusives to the platform.

Just this week, Epic had shared that they would be bringing a number of games exclusively to the Epic Games Store in the next 2 years. Now they have shared that they’re not only bringing just one, but four Kingdom Hearts games to the platform during a livestream that they held this week.

This will be a first for the Kingdom Hearts series to be coming to PC. The series started on Playstation 2 in 2002. In a trailer, Epic announced the titles to be coming to the Epic Games Store on March 30th 2021:

The iconic @KINGDOMHEARTS Series is coming to PC for the first time ever on March 30th!

Are you ready to join Sora and friends in their battle against the darkness? Pre-order all the titles in the @KINGDOMHEARTS series starting today 👑https://t.co/nUKDdLoEcZ pic.twitter.com/RgcfVk3CFA

The latest in the Kingdom Hearts series is Kingdom Hearts 3 which released on consoles in early 2019, mixing a number Disney worlds including Frozen, Toy Story and more. This was quite the wait as the previous title Kingdom Hearts 2 came out in 2005. However, in between those two games were a number of spin-off titles and re-releases.

The Kingdom Hearts franchise is quite a long-running one, that has become rather complex with each game. After experiencing Kingdom Hearts 3 for myself, and jumping into the entanglement of plot lines, I would highly suggest either playing the previous games in the series or at least finding a good rundown video if you decided to play the most recent game.

For more news be sure to check out next BlizzConline 2021 Schedule Promises What’s Next For Diablo and The Witcher: Old World Board Game Kickstarter Starts In May.