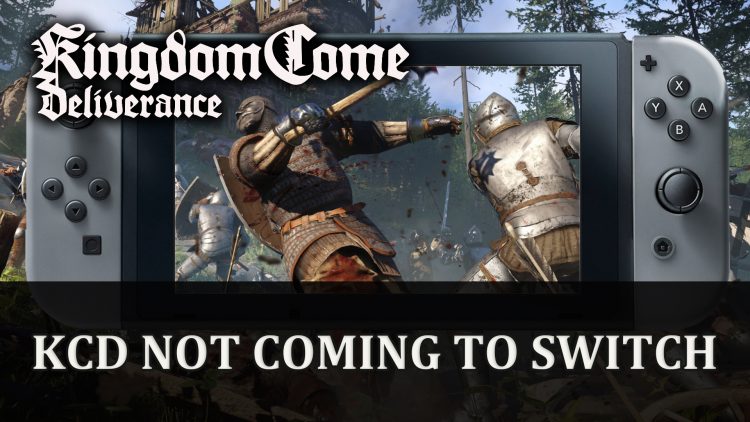 Earlier this week a listing on the Nintendo official website in Japan had a listing for the medieval RPG Kingdom Come Deliverance coming to the Switch. The listing had the game coming to Switch on February 18th in Japan. However now the developer has confirmed that this is not the case.

PR Manager Tobi Stolz-Zwilling has shared a message on Twitter explaining that the listing was an error, and that Kingdom Come Deliverance would not be coming to the Switch, at least not at the moment. The listing was erroneously added to the schedule for Switch games under DMM games, however DMM games is bringing a new version of the title to PS4 in Japan which is where the mixup happened.

As much as I would love a #kingdomcomedeliverance version on Switch – unfortunately there is none planned at the moment. We are investigating who was so ambitious to think differently but as for now… meh meh meeeeh….. Sorry guys. pic.twitter.com/Okp0ymHwdR

While it’s a shame it isn’t true, a Switch version could still happen in the future but is not planned for now.

Kingdom Come Deliverance is currently available on PS4, Xbox One and PC.

For more news be sure to check out next Path Of Exile New Expansion Echoes Of The Atlas Announced and Monster Hunter Rise Time Limited Demo Now Live; Pre-Order Bonuses. For a confirmed RPG Switch release be sure to not miss out on our Monster Hunter Rise Gameplay Impressions: Weapons, Monsters & More From MHR Demo And Beta.