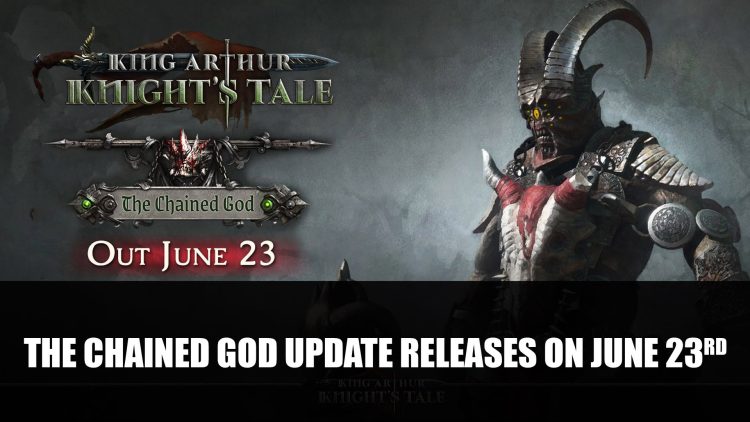 NeoCore Games has announced the first major update for King Arthur Knight’s Tale called The Chained God will be releasing on June 23rd.

According to the Steam post, the Fomorian mini-campaign will focus on how Balor, the God-King freed himself from the shackles binding him. But that won’t be all as NeoCore Games teases that there will be a “couple more things in store too!”.

The new patch will also be reworking Endgame which will work similarly to the Seasons in other titles. Season content will highlight a new enemy faction, for The Chained God it’s the Fomorians. Endgame will have dozens of maps, 12 of which will be against the season’s main enemy faction. Seasonal currency will also be available which can be exchanged for unique rewards and enchants, plus powerups for these items.

A number of fixes and balances changes will also arrive with the patch, meaning players will face “fewer difficulty spikes during the campaign, no matter which difficulty level you’re playing on”.

Lastly expect to a surprise guest appearance coming with this update, who is teased as someone players may already be familiar with. The patch will release on June 23rd for Steam.