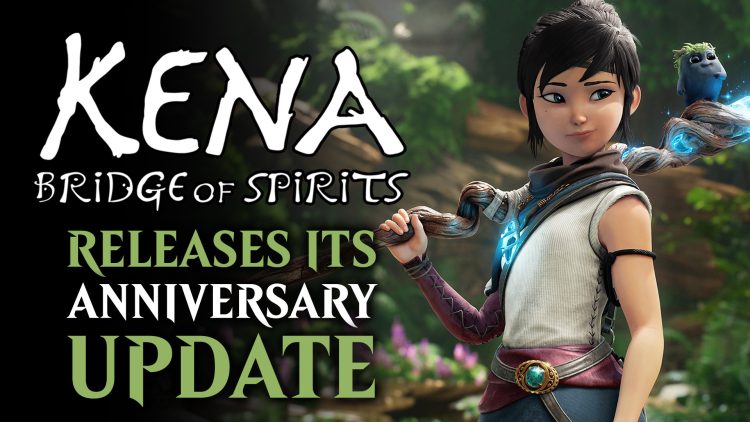 Kena: Bridge of Spirits brings along New Game+ and a ton of new features in its Anniversary Update. It is being released today, September 27.

Last year, on September 21, 2021, an underrated gem was released. It was an action-adventure game that featured a spirit guide, a girl who has been tasked with assisting the spirits of the dead in moving on from the physical world into the afterlife. Kena: Bridge of Spirits was an incredibly charming game, with its awe-inspiring visuals, satisfying exploration, and the cutest interpretation of creatures called “Rot” that there ever could be. 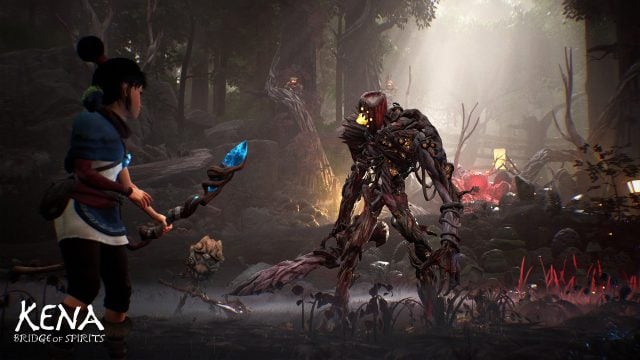 A year later, it celebrated its 1-year anniversary. With that, it brings upon update 2.0 that includes many free additions. On top of that, it will also be released on Steam. The original game was launched on PlayStation consoles and was an Epic Games exclusive.

About Kena and the Rot

Kena: Bridge of Spirits follows a young girl named Kena as she ventures forth in search of an ancient mountain shrine. In between, she and her objective are the spirits of the dead, who have been stuck in limbo for too long. Spirits in this world tend to linger much longer than intended, refusing to venture into the afterlife due to some hidden hangups. It is then up to Kena to help guide these souls so that they can finally find peace. 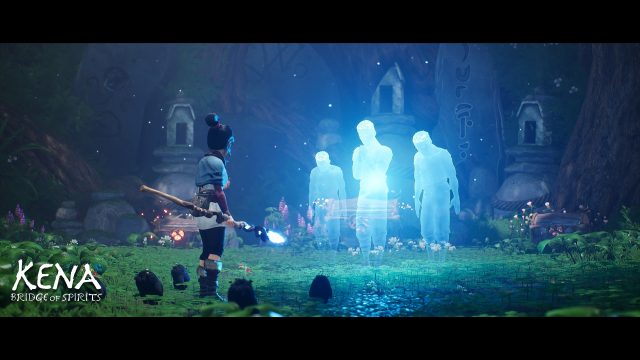 Time for them to Move On

Along the way, Kena collects little creatures hidden in every nook and cranny called The Rot. These small woodland critters are those responsible for maintaining the balance of the world. They are also the cutest things and can definitely melt even the stoniest of hearts. 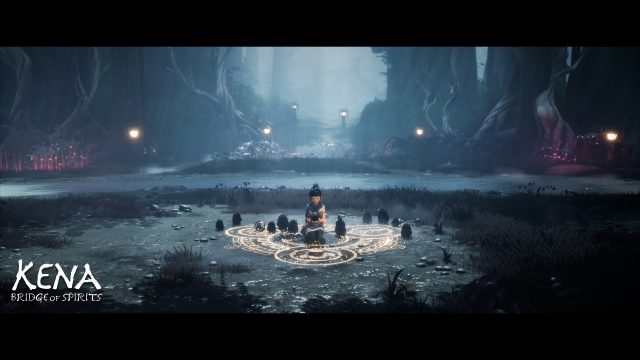 One with the Rot

The Rot are a big feature in Kena: Bridge of Spirits. They assist her with puzzles by cutely carrying oversized blocks, among other actions. You can also collect a multitude of Hats that you can equip your black furry friends with, making them even more “aww” worthy. 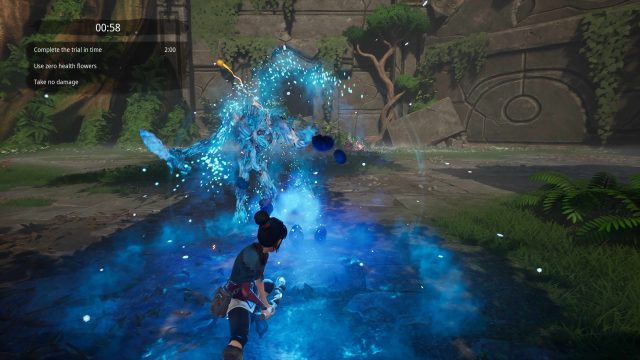 These little allies can also aid you in combat, provided they gain enough confidence while watching Kena do battle. Fights in Kena: Bridge of Spirits are also deceptively difficult, which is surprising given the relaxing atmospheres and Pixar-like visuals.

Releasing today, September 27 is the Kena: Bridge of Spirits Anniversary update. This will include the much-asked-for New Game+. This mode will keep all of Kena’s abilities unlocked while also retaining all of your Rot friends. To up the challenge, new enemies will be added and existing ones strengthened. The terrifying boss encounters will also get new phases and moves. 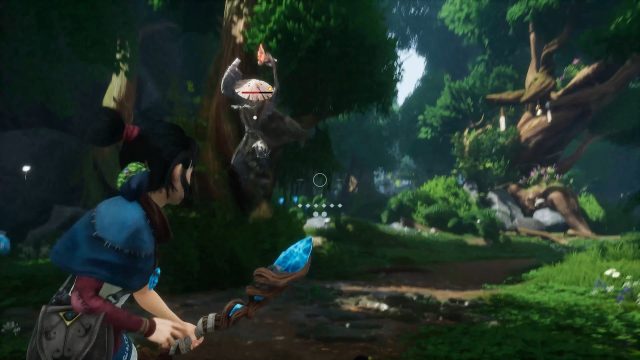 For those mid-playthrough or those who prefer not to complete the whole game again, a new Spirit Guide Trials mode is being added to the game. These are challenge modes that have increasingly difficult tasks that Kena must overcome. Tasks for this mode can range anywhere from time-sensitive obstacle courses, to combat encounters and other tests of skill. 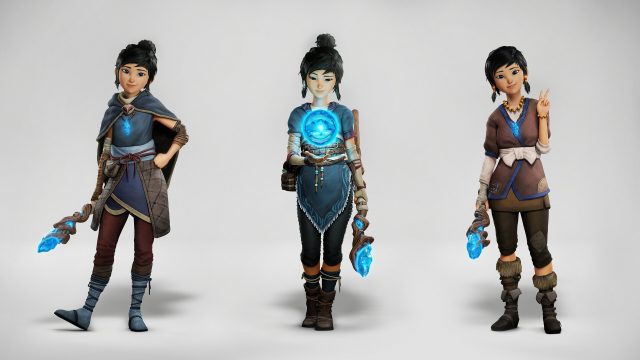 As a reward, Kena will be granted various new Outfits with many color variants. Kena will now finally be able to fashionably be able to guide spirits to their final resting places.

Putting the “Charm” in Charmstone

The other biggest addition in Kena: Bridge of Spirits’ anniversary update is the introduction of Charmstones. These are new equipable items that enhance Kena’s attributes. Some of these Charmstones even have effects so potent that they have negative attributes to balance it out. Hopefully, this will encourage players to modify their playstyles even just a bit. 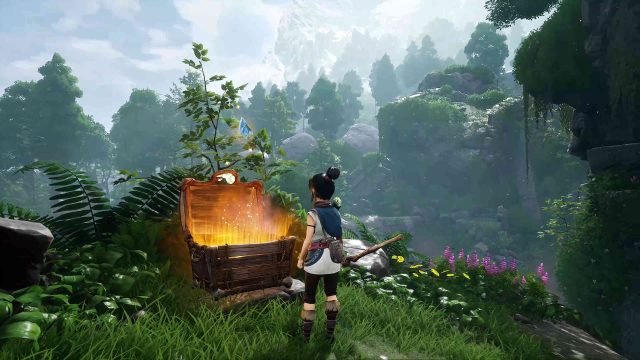 I Found a Charmstone!

Based on initial footage on the official PlayStation Blog, it looks like there will be a total of 20 unique charms to collect. You can only have one equipped at a time, giving players even more agency on choice. 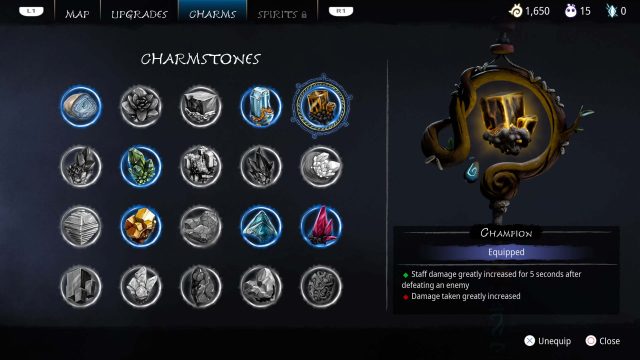 The most powerful of charms are called Cursed Charmstones. These will up the difficulty twofold, as they will reduce the efficiency of Kena’s existing abilities. It looks like these are built specifically for those who wish for an even greater challenge.

Charmstones can be found scattered and hidden throughout the world. They can even be found as rewards from the Spirit Guide Trials.

Aside from the major additions above, Kena: Bridge of Spirits will bring even more stuff. New Hats for the rot are being added, adding even more cuteness. Kena herself will receive two new ability upgrades for her bombs: Splatter Bombs and Split Bombs. 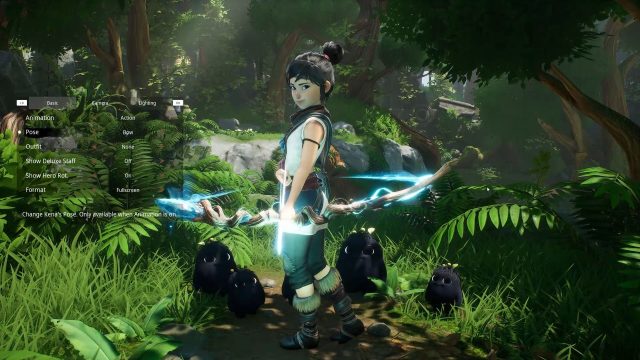 The game’s existing Photo Mode will also be getting some enhancements. Specifically, the Lighting, Animation, and Poses have been modified to make sure that Kena is in her most photogenic state. 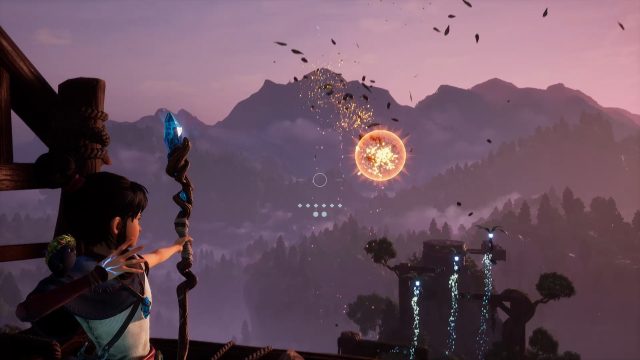 A new difficulty called “Apprentice Spirit Guide” is being added, and it is an in-between of the existing Story (easy) difficulty and Spirig Guide (normal). DLSS and Dynamic Resolution (which is prominent mostly in console games) are both being added into the PC versions of Kena: Bridge of Spirits as well.

Kena: Bridge of Spirits Anniversary Update is now live as of writing. It will regularly cost $39.99, but has a 25% launch discount that brings it down to $29.99. This sale will last until October 4, 2022 so be sure to catch it while it’s active!

For more news, check out Gotham Knights Will Need More Than One Playthrough for Story and NieR Automata Ver 1.1a Anime Series Will Debut in January 2023.