Ghost of Tsushima blew players away with it’s incredible graphics, excellent immersion and satisfying combat. But it has prompted many people to ask: which is better? Ghost of Tsushima or Sekiro? And even though these games are far more similar than it would initially appear, they do have drastic differences. In this article we’ll attempt to answer that question. So what do we think? Read on to find out.

Sekiro or Ghost of Tsushima?

First lets take a look at why people are even comparing these two games to begin with. The most obvious answer of course, is because they take place in Japan during a similar time period: Ghost during the 13th century and Sekiro: Shadows Die Twice in the 16th century. But what’s really strange about this is in my opinion, is that far less people have compared Ghost of Tsushima to Nioh, which is also set in Japan during a similar period of time and is also based on historical events. So why is that? 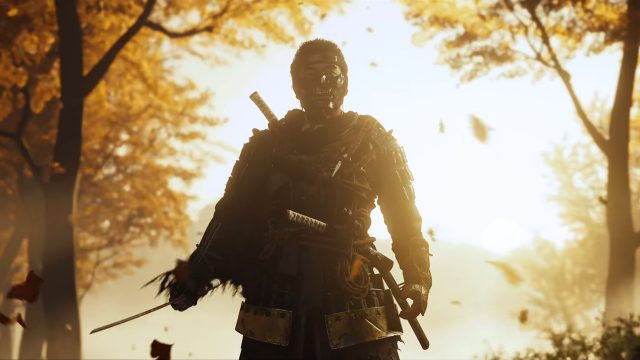 Why Are More People Not Comparing Nioh to GoT?

I think a large reason people are not comparing Nioh to GoT as much is because Sekiro is more of an action game than a role playing game, and Ghost of Tsushima is likely closer to the Action side of things all said and done, though I would classify it loosely as an RPG. Nioh on the other hand is easily identified as an Action-RPG, not only because of the shear amount of customization it has, but also the various builds and playstyles that are available. 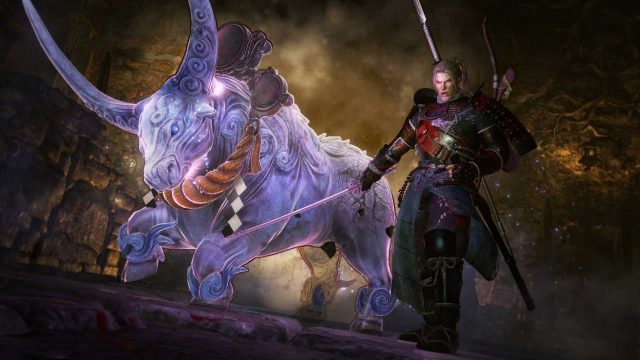 Additionally, there are more parallels between GoT and Sekiro in terms of the narrative where you see rather isolated parts of Japan (Tsushima and Ashina), being invaded by exterior forces. Whereas in Nioh you are just witnessing civil war through out the entirety of Japan. But the similarities don’t end there… 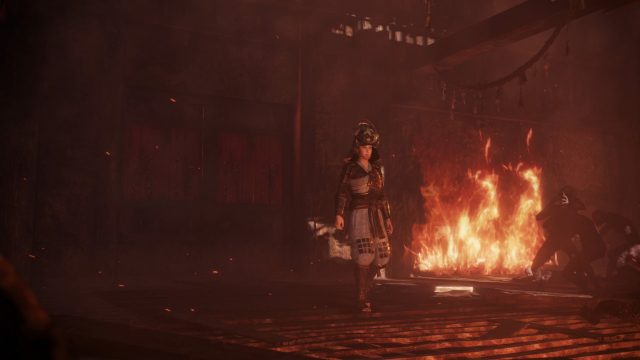 Ghost of Tsushima is set in one contiguous world, that is completely connected, and all though this isn’t entirely true with Sekiro, it is true more than it isn’t. Nioh on the other hand is not, and each mission is loaded into and has it’s own map providing a different overall “feeling”. All these things together make the comparison to Sekiro much more natural than comparing it to Nioh, and this is before taking into account that you play as fixed protagonists in GoT and Sekiro, something that has been changed with Nioh 2 with its introduction to character creation.

Ghost of Tsushima’s Immersion is Fantastic

Probably the largest difference between Ghost and Sekiro, outside of gameplay, is the sense of immersion. Ghost of Tsushima really makes the player feel like they are in a living breathing version of Japan that existed nearly 800 years ago, while Sekiro does not. That’s not to say that Sekiro doesn’t immerse you into the game world, because it does, but From Software chose a fictional setting (Ashina) for their game. This allowed them a ton of creative freedom, freedom which lead to some of the most amazing boss fights in the history of gaming, but what they lost was the opportunity to showcase the day to day life of ancient Japan. 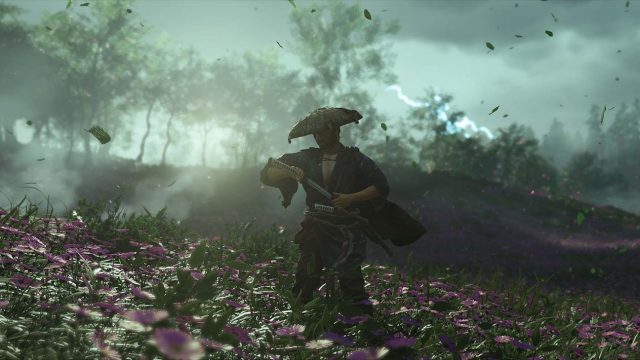 In Sekiro you very much get the feeling that everything was placed there for you specifically to interact with, and is tailor made with you in mind. In Ghost of Tsushima, it feels more like you’ve been dropped into a world that will go on existing with or without you. For instance, you’ll often come upon peasants being attacked that will be killed if you don’t intervene. Or sometimes you’ll find Mongols being attacked by the local wildlife, which all happens whether or not you are present or off fighting in a distant area of the island. It’s the difference between putting a “house” into a game and a “home”. One is just a building, and the other belongs to someone and is used by them as well. 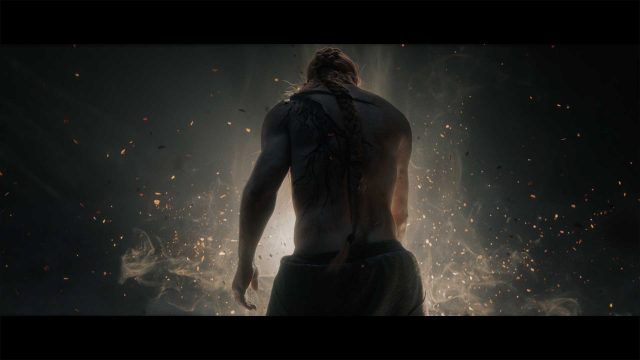 One thing that really excites me about Elden Ring is that it will be on a much larger scale than any previous game ever attempted by From Software, and we know that there will be mounted combat and you will travel by horse. This gives them the opportunity to add this sort of immersion to the “souls-like” genre that make take it to even greater heights. What if you could slaughter a whole village and change the world state of the game? It could be a very compelling combination…

Sekiro Still Has the Edge in Combat

The combat of Ghost of Tsushima was outstanding…eventually, and was indeed one of the most pleasant surprises about the game for me. Not only was it much improved over games like Assassin’s Creed Odyssey, which plays in a similar manner, but it has a certain style that excites you in many more ways than you’d care to admit. However, much of its flashy nature relies groups of enemies to create cinematic fight scenes that play out much like a movie. One-on-one scenarios are much less involved, and in most cases are uninteresting (unless you are dueling). But this is exactly where Sekiro excels, and even though fighting tons of enemies like a parry god is fucking amazing, defeating Isshin, The Sword Saint without being hit once is on a whole other level. 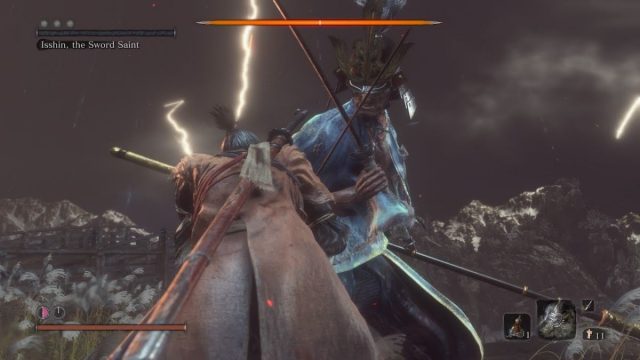 It isn’t difficult to compare the two games straight up here because Ghost rarely attempts to make the game challenging, even on the hardest of difficulties. It uses multiple enemies to make the game more difficult, and leans on this instead of combat mechanics nearly the whole game (except duels). While on the other hand, Sekiro is balanced around every fight being a one-on-one (particularly boss fights), and by doing so relies almost entirely on the mechanics of the player and boss for challenge. It’s a simple question of can you beat this guy with the tools at hand? yes or no?

If the game world of Sekiro being tailor made, instead of organic, is a negative when compared to Ghost of Tsushima, then the combat being tailor made is a positive. You want every house you walk into to feel alive and as if it’s important, just like you want every fight in the game to mean something. Sekiro excels at this and many players have died repeatedly before ever reaching the first true boss of the game, myself included, because of that.

So where does that then leave us? Which is the better of the two games, and if you could purchase just one which would it be? I think that really depends on what you find more compelling in gaming. If you’re a fan of story, immersion and the journey then Ghost of Tsushima is definitely the game for you. On the other hand if you prioritize gameplay, and tightness of mechanics, particularly in combat then Sekiro is an easy choice. But what if you like these things both about equally? What then do you do?

I think Ghost of Tsushima has a slight edge here, because it does a better job than Sekiro in many of the areas outside of gameplay and combat. The music is mind blowing good. The story is good. It has a longer journey with more gameplay hours in it than Sekiro: Shadows Die Twice, resulting in better value for your gaming dollar. That is not to say that everyone will like Ghost of Tsushima more, because they won’t. But if you’re just talking about pound for pound how they match up in each category, I think Ghost of Tsushima wins in more categories than it loses. It’s just up to you to decide which categories are most important to you.

If you’re currently making your way through Ghost of Tsushima be sure to drop by our wiki for help. You can also check out our Sekiro Shadows Die Twice wiki for all your shinobi needs. Curious about Elden Ring? Be sure to read our Everything We Know About Elden Ring: Release Date, Action RPG, Souls-Like, Open World.