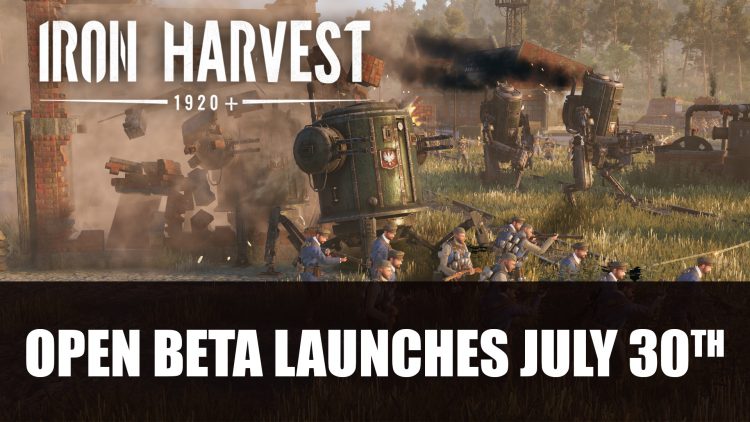 The pre-season open beta for the real time strategy game Iron Harvest 1920+ is starting this week.

Deep Silver and KING Art Games will be launching the Iron Harvest pre-season beta this July 30th. Iron Harvest is real time strategy game that takes place in the 1920s, but mixes post-Great War with an alternate-history full of mechs and agriculture.

The game features co-op and competitive multiplayer with a host of ladder matches, ranked matches and leagues with seasonal tournaments to take part in. The open beta will allow all interested players to experience the season content and earn in-game rewards plus rankings. Anyone who decides to compete will have a chance in taking part in the final round during Gamescom 2020.

There are three different factions to play for, the Saxony Empire, The Polonia Republic and Rusviet. Players will recruit soldiers, heroes and diesel mechs to fight in a number of scenarios in different sandbox levels. You can choose how you will obtain your objective through a dynamic narrative.

Iron Harvest 1920+ will release on PC on September 1st, with the pre-season open beta taking place this Thursday 30th July 2020.