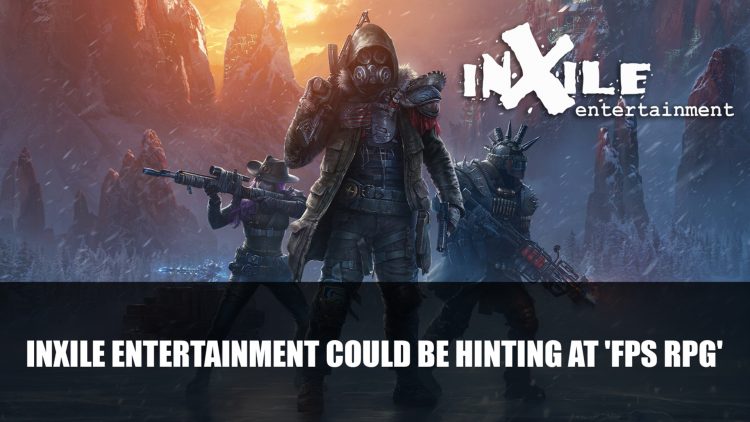 The next title from inXile Entertainment points to an FPS RPG heading to Xbox.

inXile Entertainment Could Be Hinting at ‘FPS RPG’ for Xbox

It looks like inXile Entertainment are developing an FPS RPG according to a hint dropped by the Wasteland 3 studio when responding to an Xbox tweet asking “What kind of game should I play next?”.

inXile Entertainment responded with “Pulled NEW + FPS + RPG,” which looks like they are teasing an FPS RPG. This means inXile would be working on an FPS as their first project under Microsoft.

This isn’t the first we’ve heard of details of what the developer is working on, as the details of their game were spotted in job listings that were posted back in January. The description mentions both “tactile first-person weapons” and under-required skills “first-person shooters and RPGs”. This new tweet backs up these snippets of information, supporting the idea that their next game will focus on a first-person shooter.

It was in 2019 when inXile Entertainment was acquired by Microsoft, and this would be the first RPG project developed since they joined Microsoft Studios, adding to the number of developers including Obsidian who are now working on Avowed. Adding to one of the few first-party studios developing RPGs for Microsoft, which also now includes Bethesda.

It is not known whether their next game will be a console exclusive, but since they are now working directly with Microsoft it could very well be that way. As for what we do know, is that the title is a AAA, set to be developed using Unreal Engine 5.

Currently, inXile Entertainment are continuing to focus on their tactical squad-based RPG Wasteland 3, which will receive its first expansion Rangers of Steeltown on June 3rd.

If you want to know what we thought of the latest entry Wasteland 3 be sure to check out our Wasteland 3 Review: Baldur’s Gate Meets X-Com.