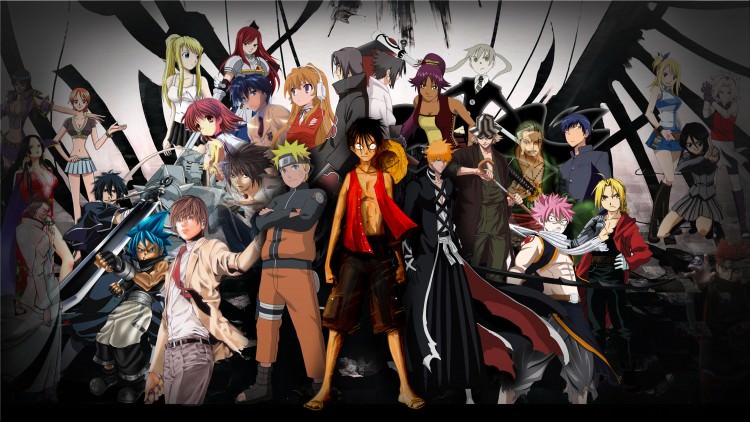 ARTICLE INFO: This article was made by request from a friend. It lists several different genres and gives and a brief description for each one. It also gives various tips on what to watch, what not to watch,  and it gives a list of recommended anime shows and where you can find them.

Anime is a type of Animation usually from Japan. They have their own style and it can show that in strange and wonderful ways. Anime also has its own sense of comedy and has a unique way of thinking. It can get  really deep and serious, or it can become the silliest and craziest thing you have ever seen. Anime is also related to manga, which is similar to the super hero comics, well, in the way that its presented. Most Anime shows are based off of popular mangas, they just put a little more life into them. Anime is special to many people for several different things and newcomers to anime need find out what certain types of anime shows interest them in order for them to enjoy it more.

There are several different types of anime out there, some can be funny and some can have a deep touching story. Just like books and movies anime can be separated into different genres or themes. When looking for a new anime to watch you should first try to figure out what genres fit your own personal style and what you are in the mood to watch. Below I will list a variety of genres related to anime and I will put a brief description by each. It is also important to know that anime has certain types of genres that you would not normally see in movies and books.

What newcomers should avoid

Before you start randomly searching on the web for an anime to watch there are somethings you should be aware of. These are areas that aren’t recommended to newcomers, later on once your more used comfortable with anime you can do whatever you want, but for newcomers its recommended to stay away from these areas until you have a better understanding about anime and its sometimes strange ways. It is also recommended that you should stay away from some of the really old animes since the old style and older voice styles can put newcomers off. In the following I shall tell you about certain genres and why they should be avoided.

This regards the types of anime shows that are just straight up comedies and little else. Its recommended that newcomers should avoid these anime shows mostly because they won’t get the jokes as well. Japan has its own sense of unique style when it comes to jokes and if you have never experienced it before it can seem very strange and unusual to you. Especially when this regards the chibi stuff. Chibi stuff is basically when suddenly everything becomes cute and the animation suddenly changes. Anime does this in order to add more humor to certain moments or to make something super cute. Shows that are heavy with parodies are also things that should be avoided. This is because anime will parody things that are common to japan or other anime shows. So unless you already know a ton about anime and Japan you won’t understand the jokes.

These are Anime shows that should be avoided and for good reasons. Animes heavy in the ecchi genre should be avoided for a variety of reasons. One reason is that most of the show is just boobs and butt, or basically fan service shoots. This can be entertaining to a point but it usually takes away from the story. Its hard to take any of the characters seriously if all you see is their butt or breasts throughout the entire series. Also the stories themselves are usually boring and not clever. Some anime use ecchi just to add in dumb jokes but this is still an area that should be avoided unless everything else in the show is really good and you are used to all the fan service.  Harem should also be avoided they are usually full of ecchi stuff and their stories go no where. I have seen some where the story actually goes somewhere cool but usually they all end in the same way with every girl still in love with the same guy and nothing really changing at all. These animes are annoying at times and are kinda unrealistic with multiple people in love with the same person, and somehow all of these people are still friends.

This genre isn’t as bad for newcomers as the previously mentioned ones but it should still be noted. As stated in the genre list these animes are about everyday life with nothing really eventful or different happening to the characters, its just stuff that could happen in anyone’s life. The problem with these kinds of animes is the fact that its mostly about life in Japan, and if you don’t understand what its like to live in Japan or what its culture is like you may get confused by what going on. Another reason for this being avoided is for the fact that some animes in this genre get really boring and annoying.

What newcomers should know and try out

Now that you know what should be avoided you can now learn about the things you should know before starting an anime. It is recommended that newcomers start with english dubs/voice overs (or whatever your main language is). Its easier for newcomers to watch anime this way for a couple reasons one being “to focus on the anime more” another being “some subtitles go by super fast and newcomers will have a hard time keeping up”. It is also recommended that newcomers start with anime movies, its usually shorter than watching a whole series and can be just as good. A great anime studio that produces some of the best anime movies ever is studio ghibli they produce all kinds of anime and usually have a great feeling to them.  As stated there are a ton of anime out there and chances are if you are not familiar with anime or its style your probably gonna hit a bad anime that you don’t like or understand. Below are some basic rules that newcomers should follow in order to find the perfect anime for them.

Animes to start on So if you tried all of the rules but are still unsure of what to watch as a newcomer or you are simply too lazy to do all that stuff (which I wouldn’t blame you I can be pretty lazy too) then heres a list of anime that are recommended for newcomers. Some of these do not have an english dub so I would recommend watching the ones with dub first if you plan to try to watch the whole list. Some possible places for legal streaming anime are Funimation.com , Fnimation’s youtube channel,  Crunchyroll.com , Netflix, and Hulu. Note that Crunchyroll is english sub only.

Special Thanks: I’d like to thank all the people that gave me ideas for this article. Thank you forum members Cas, Reaperfan, and  Twilightwarwolf. I would also like to thank my offline friends Mark, Alli, Chris, and Jeremy/Dead46

Now that this is finally done I’m gonna play some video games. If you have any questions or just want to talk about anime feel free to pm me.

15 comments on “Introduction to Anime”