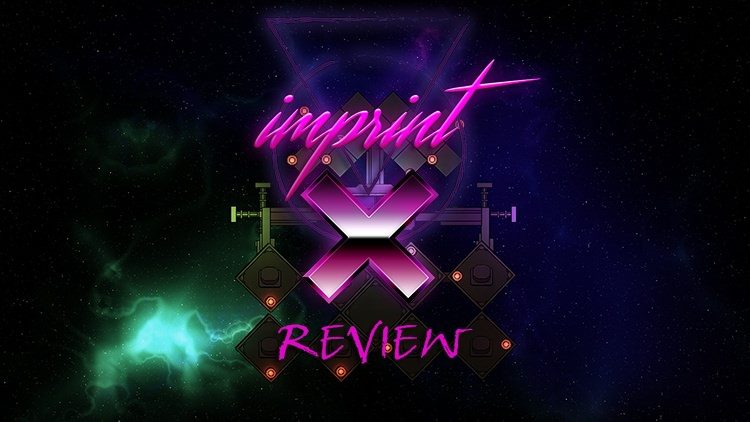 Puzzle games are not a new genre of video games but the modern era of gaming has allowed them to take on a variety of looks while also allowing for some actual storytelling and innovative mechanics. Gone are the days of just playing Mahjong to music, many puzzles have a narrative that informs how you play. We gave new puzzle game imprint-X from developer Morgondag a try to see what this new Steam greenlight game brings to the genre. The results are uneven, but oddly hypnotic.

Some games boast phenomenal story writing, relying on plot, characters, and setting to keep the world immersive and the player playing. Other games use the setting more as a means to an end, giving themselves a barebones, skeletal framework as an excuse to string along gameplay elements. Imprint-X is definitely the latter. The plot is presented using what appears to be MS Paint to slide a number of oddly-proportioned still images around and give a general sense of why the main character is clicking buttons. As far as I can tell, some astronauts were excavating an unknown alien machine from an asteroid, it activated and spat robot bugs at people, the robot bugs put computer chips in the people’s heads, and now the main character needs to save them by hacking the computer chips in space. At least, I think it’s in space. It may have taken place in some sort of “mindspace” instead, the game wasn’t terribly clear on that point. Fortunately, imprint-X doesn’t dwell on its plot (or lack thereof) for very long before skipping directly to the aforementioned gameplay elements. 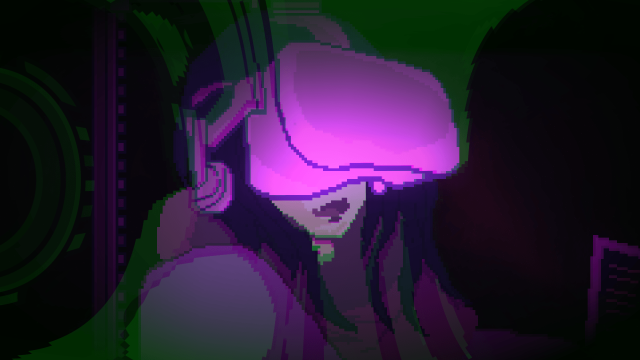 This is one that takes a bit of patience before it starts to become interesting. Despite first appearances, it is in fact a puzzle game, though it spends plenty of time in the beginning with levels whose only purpose is to demonstrate what a new button type does, and the first hour was spent on “puzzles” that could be solved simply by clicking the only button you’re able to push at the time. Something to the tune of 20 levels, if I was counting correctly. Once the basics are in place, the game picks up a steady pace and wastes no time concocting devious schemes interspersed with enough new mechanics to keep the old ones from getting stale. As a general rule, the puzzles in imprint-X tend towards memory tests, often using pattern recall like Simon Says or a number of switches which reveal colored symbols that you have to match with other hidden symbols you’ve seen before. 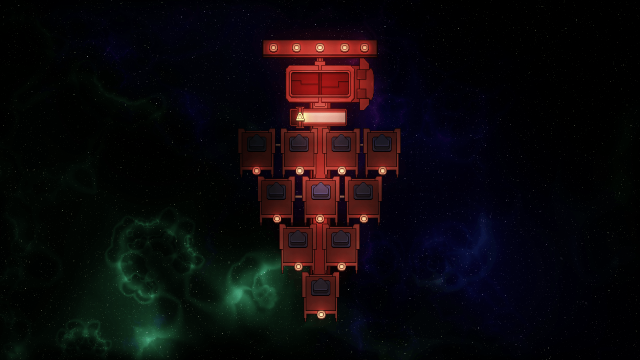 The player starts each level with a set life counter, which depletes by one step each time you press a button or fail a puzzle and refills by one or two steps each time you successfully clear a major segment of the puzzle. The goal is to finish the puzzle before you run out of life, and the fact that activating buttons and moving through the puzzle costs life means you’ll have to make your choices carefully. The player is given a few limited-use tools to make things easier, those being a 30 second time slow, a full life refill, and a level skip, but they each take a few levels to refill and spending them all at once could leave you helpless against the more difficult ones. 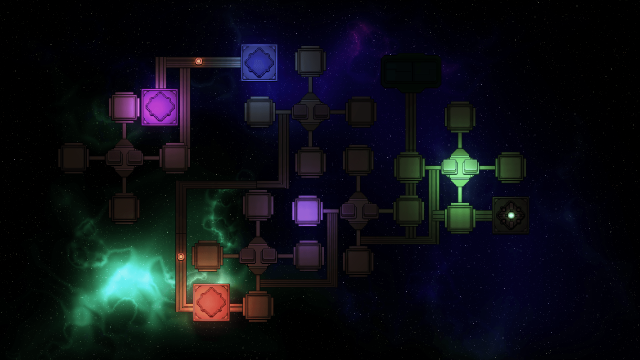 Overall, it’s an enjoyable experience while it works, if you’re into puzzle games. I’d probably recommend it to anyone with a whole lot of time to burn if it weren’t for one near-fatal flaw. There’s a particular type of puzzle that comes up very frequently, involving boxes that fly around in patterns to fly through a goal repeatedly, and you’re supposed to click when the box is inside the goal to score a point. The problem is, the game’s input detection is VERY laggy, and in practice you aren’t clicking while the box is inside the goal so much as you’re clicking long before the box ever reaches the goal in the hopes that the game registers it in time, with the input lag getting worse when several boxes are zooming about in constantly shifting patterns while the goals are moving in opposite directions and sometimes overlapping with different boxes. I’m sure you can see how this might be something of an issue. This problem disappears when slow-mo is activated, but I’ve failed more than a few missions due to that alone. This problem also extends to every other moving object in the game, but it’s far less noticeable since few of them move around as quickly as the boxes do. 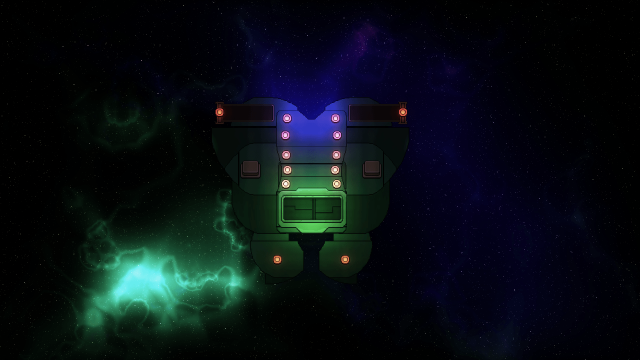 I strongly suspect imprint-X was hand-drawn using MS Paint or similar software. Graphically impressive it ain’t, but the style works well enough for gameplay purposes and I never had any trouble understanding what was on the screen. That’s a switch, there’s a button, these are rotating platforms, you get the idea. The character art is amateur and weirdly proportioned in an uncanny valley sort of way, but there’s an option to turn it off so it wasn’t a problem for very long. Actual gameplay takes place in what looks to be an artist’s representation of space, filled to the brim with glowy and constantly swirling nebulae, which when combined with the chill synth soundrack and repetitive tasks has a hypnotic effect that might lead to a couple hours disappearing on you. The main character makes sounds that I can only describe as “synthetic girl noises” whenever you successfully accomplish something or fail it, but they tend to blend into the background noise and stand out only just enough to let you know that you didn’t screw up. Usually. It can get grating after a while, especially if you’re stuck on a particularly difficult section. 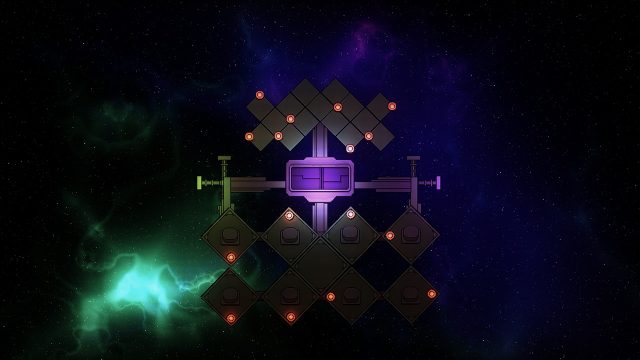 6.5
Summary: Overall, imprint-x is a puzzle game you play while in a light trance. The puzzles range from simplistic to cruelly complex, the game maintains a quick pace once it gets past the hour-long introduction stage, and the gameplay constantly morphs as new mechanics are added at a rapid pace. If it weren't for that one issue with movement and input lag, I'd almost consider it worth the five dollar asking price.
Story & Setting (6)
Gameplay (6.5)
Visual & Audio (6)
Replayability (8)
Pricepoint (6.5)