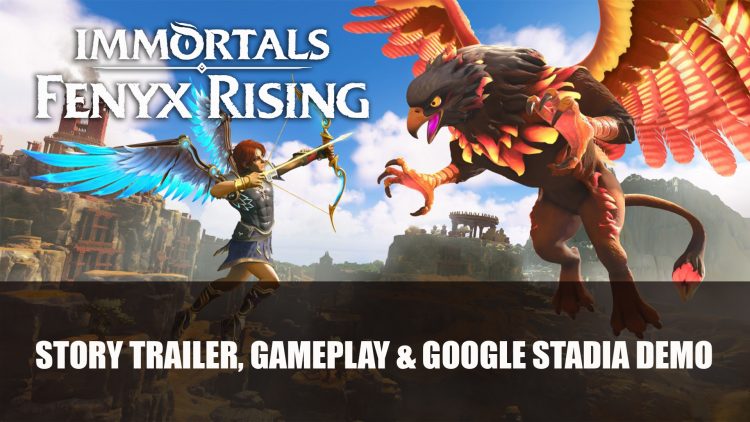 Ubisoft have release a new trailer featuring the action-adventure Immortals Fenyx Rising, along with a free demon on Stadia.

The latest trailers for Immortals Fenyx Rising comedically introduces the story told by Zeus and Prometheus. There is also a new gameplay trailer that features some of the in-game gameplay. Immortals Fenyx Rising now also has a playable free demo on Stadia, Google’s streaming game platforms which is currently supported in a number of the countries.

In order to try the demo you will need a stable and fast internet connection for the best experience, and be in one of the supported countries. The demo is free to try, you don’t need to sign up for a paid account in order to access it.

Immortals Fenyx Rising is a mix of mythological adventure with some exploration, survival and a Breath of the Wild-esque type gameplay. It is full of Greek gods, and a quest to save them from a dark curse. You can create your own character, and customise it to your preference, which includes what the character looks like, skills and the game let’s you upgrade your weapon of choice.

Immortals Fenyx Rising looks to be a good mix of fun gameplay, light-hearted storyline with some Greek mythology. Hopefully it can hold it’s own with what it has to offer. Previously the game was called Gods & Monsters when it was first announced, but was renamed Immortals Fenyx Rising.

Immortals Fenyx Rising will be releasing on December 3rd 2020 for PS5, Xbox Series X/S, Nintendo Switch, PS4, PC, Xbox One and Google Stadia. The demo is available for free to try out on Stadia.