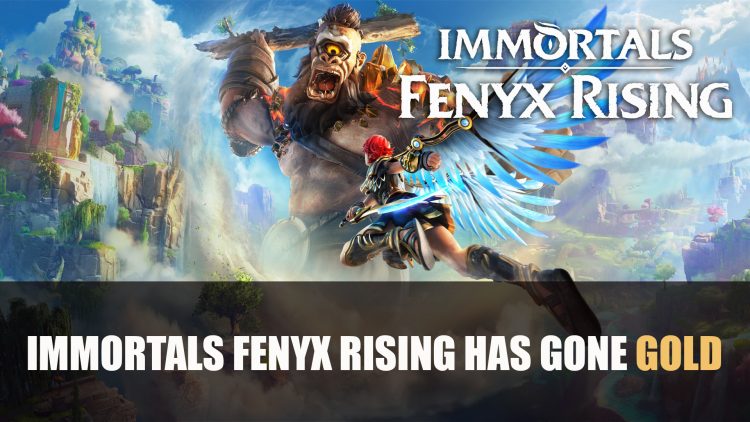 Ubisoft have announced that the upcoming action-adventure title Immortals Fenyx Rising has officially gone gold. This means the game is all set for its launch this December 2020.

Ubisoft’s next big release before the end of 2020 is the Zelda-esque adventure title Immortals Fenyx Rising. Previously called Gods & Monsters, the game will be launching on December 3rd. Ubisoft have officially announced that the game has gone gold, meaning it’s ready to be shipped out for launch day.

Recently Ubisoft released a demo on Stadia, allowing anyone who signed up for the streaming gaming service a chance to check out the game before it releases in December.

Immortals Fenyx Rising is a mix of mythological adventure with some exploration, survival and a Breath of the Wild-esque type gameplay. It is full of Greek gods, and a quest to save them from a dark curse. You can create your own character, and customise it to your preference, which includes what the character looks like, skills and the game let’s you upgrade your weapon of choice.

We’re incredibly excited to announce that #ImmortalsFenyxRising has gone GODLY! ?

Your heroic adventure to save the gods & take on mythical monsters starts on December 3. ⚡ pic.twitter.com/li1qngGjJ0

Immortals Fenyx Rising will be releasing on December 3rd 2020 for PS5, Xbox Series X/S, Nintendo Switch, PS4, PC, Xbox One and Google Stadia. The demo is available for free to try out on Stadia.

For more news be sure to read next Fallout 76 The Brotherhood Of Steel Releases This December. For a recent rundown of RPG news find it here in Top RPG News Of The Week: October 25th (Darkest Dungeon 2, Valhalla, Mortal Shell And More!).