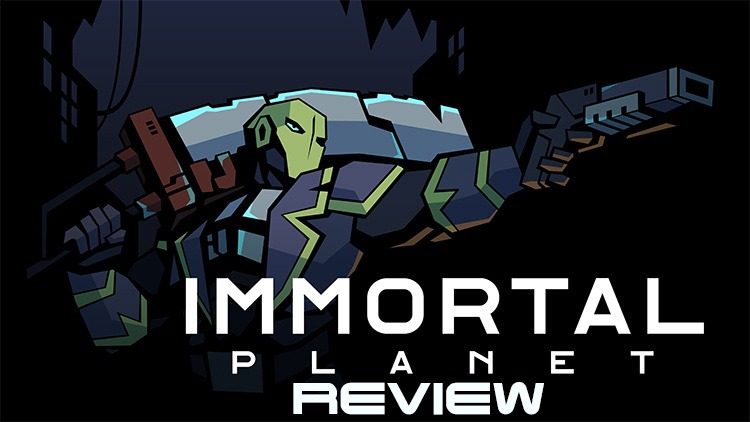 If you follow FextraLife, chances are you’ve heard of Immortal Planet by now: the unabashed Souls homage from teedoubleuGAMES.  We were lucky enough to go hands on with it pre-release a few weeks ago, and came away feeling like one of the most pure “Soulslike” games to date was about to drop.  The game is out. There’s plenty of gameplay hours behind us.  It’s time to check in on the final product. Read on for our Immortal Planet review.

The game loads and the player selects a starting weapon and gift. That is the end of customization for now. You start off as a nameless and faceless entity with no memories; on a cold planet where immortals such as yourself slumber.  You awaken into a realm of violence and conflict as you search for your sense of self. 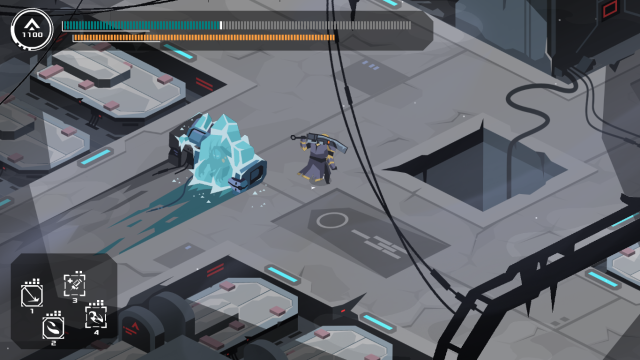 Immortal Planet has you piecing bits of information together to come to conclusions on several narratives.  “Who the heck am I;” and, “what’s going on here” chief among them. There is little in the way of story handed to the player, with scattered NPCs providing relatively small portions. A diary of sorts contains entries into the world’s enemies, with information unlocking after killing enough of each type. These provide further insight into the overall narrative as well as fun facts on the enemy type.

It’s one thing to write a story down, but quite another to show it. Immortal Planet demonstrates a good amount of caution in how they elect to use details to create their world. An outdoor platform is accompanied by the sound and evidence of wind. A well placed item on a corpse, in what appears to be a cockpit, tell you all you need to know about that room. Enemies noted to be prisoners have the bars around them to prove it. 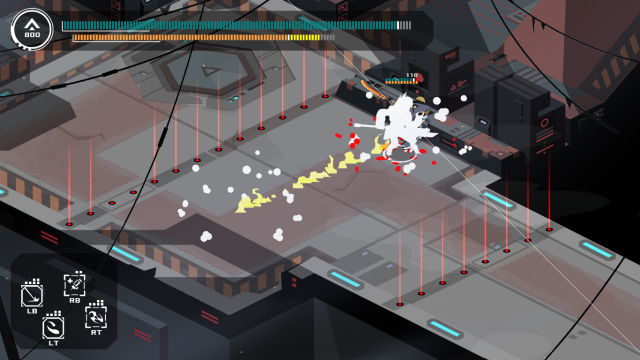 Immortal Planet keeps things somewhat vague; with the player expected to chase clues on the way. As a result, I won’t go into too many details to retain the intended experience.  To give the gist, it’s no longer just Immortals with their cyclic slumber parties on your icy world. And not everyone has been playing nice.  Embedded in this tale of conflict is a theme of the need to shape one’s own destiny.

The narrative tends to take a backseat to gameplay, but there’s enough bits and pieces scattered around to satisfy someone willing to look.

Last time, FextraLife noted that we felt this game would ultimately be judged on the back of it’s gameplay, and that statement holds true. With that in mind, let’s take a short tangent:

The hardest part of a review is assigning a number. For FextraLife reviews, nowhere is this harder than when a game goes out of its way to be called a “Soulslike.” It’s easy to say “this isn’t like Souls” and call it a negative. However, this can obscure the positives a new title may bring with it. If Immortal Planet was made by From, I have no doubt it would be mercilessly bashed for a few deviations from the formula. Taking a step back shows some innovation.  Is it “Soulslike?”  Can you give me a “Hell yes?”  But it’s not “Souls” and that’s completely fine… 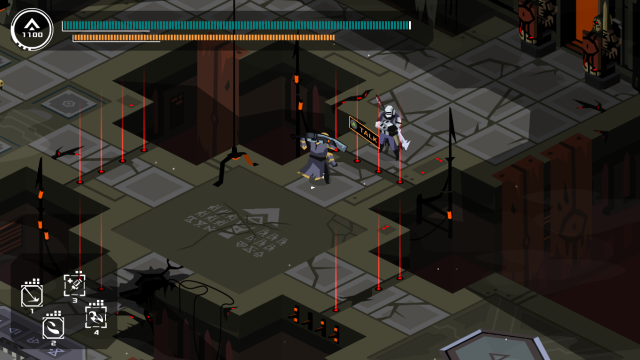 As noted, character creation is merely choosing a weapon (of three) and gift (also three).  The gift acts as a permanent buff and serves to reward successful maneuvers like parries or evasions with instant buffs like stamina regen.  Taking a page from Bloodborne, each weapon has two phases with some very creative designs. Typically each has a short/fast mode, and a long/heavy hitting mode. When transitioning from short to long (stop giggling), weapons have a unique technique. The assaultblade regenerates stamina. The mace class weapon creates a shockwave capable of clearing the area around you.

Attacks are limited to one button, but can be mixed and matched to some degree as attacking while running and some specials differ by weapon.  Parrying, blocking and quicksteps make an appearance of course.  Souls fans will know to check their stamina before using these techniques.  All in all, melee options will feel quite familiar for most of us. There’s even a few new things to try. Dashing into an opponent who has no stamina left (which is a visible meter in Immortal Planet) stuns them and can be used to knock them off cliffs.

There’s not as much weapon diversity as a Souls fan would expect, with weapons of different classes having the same basic swing speed, damage and more in some cases.  Similarly, it took until the fifth weapon I discovered to find a reason to use the “short” or base mode of a weapon. While the longer mode does use more stamina per swing, it hits quite a bit harder with negligible swing speed difference. The fifth weapon that broke this trend followed suit, but had a considerable drawback to the “long” or heavy hitting mode. This weapon’s heavy mode ignites enemies and the surrounding area.  You’ll understand why this can be a drawback in just a minute… 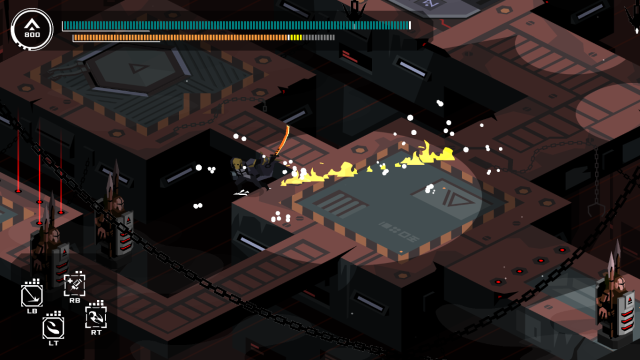 While Immortal Planet’s melee offerings fall somewhat short, they actually surpass From when it comes to “other combat.”  For the sake of review, a balanced character was created that could use everything pretty well.  Stats are slimmed down compared to Souls, but all have meaning.  Rolling a character oriented on “items” or “spells” is possible and is supported well in the character progression screens.

Spells and items create a wealth of tactics through a carefully designed set of unique options. A small AoE ice spell, that’s actually effective, slows and drains stamina. Once stamina is depleted it eats away at the enemy’s health. A ray of fire ignites a path directly in front of you. A pistol shoots things (sometimes you just want it straightforward). And these are only the first few. Later, homing soul mass like spells, a predator like throwing disk that can hit twice, sleeping gas and more make an appearance. Rather than rely on an abundance of similar but incrementally more powerful options, Immortal Planet creates a small list of memorable tactics. 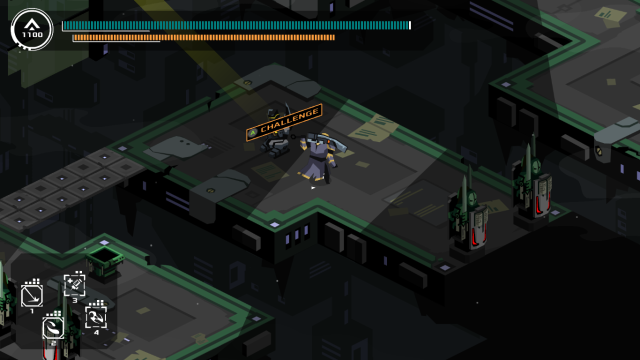 Challenge? More than the rest of the game?

The true brilliance of these shine through as the player slowly learns the rules of the world. Rules such as:

The playstyles are incredibly well balanced, making “builds” a delight to explore. If you rely on melee, you will always have a steady method of damage with no limits.  If you rely on spells or items (or both), you will have a finite but VERY powerful set of tools.

Enemies are on the scarce side compared to most isometric action games, but each is ready and willing to punish sloppiness. There was no shortage of trips stopped right before a boss because of a lack of consumables. If you’re a level grinder, trips offer valuable practice in getting out of confrontations unscathed.  The game plays very much like “isometric Souls” with a few tweaks.

There’s little to discuss in the way of audio. Ambient music conveys a sense of isolation and cold.  Sound effects are appropriate for their intent.  There’s no voice overs to worry about.  There’s nothing to complain about here, but nothing that stands out either.

In the preview we compared it to a less colorful version of Transistor in appearance and that holds up.  The industrial/electronic theme is evident.  Design wise, the world is more focused on function than beauty. It’s not likely to be breathtaking, but everything is easily identifiable. Area designs rely on a fairly small number of sections, with an emphasis on connectivity to a central hub.  Each region is distinct, but primarily due to color scheme and a few architectural elements.  The archives have a few less “laser bars” than the prison section for instance. Overall, the game comes across as taking place in a small region that was designed and built by the same architects. 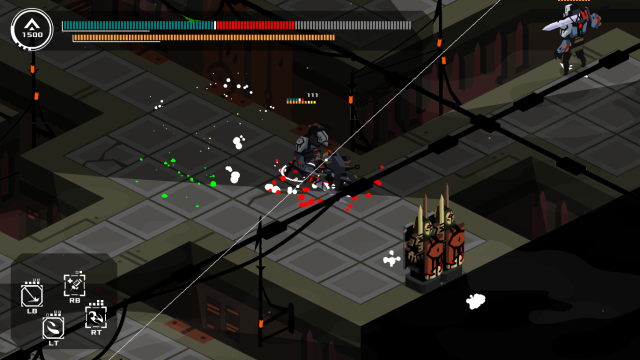 The biggest disappointment for character designs is the inability to play Fashion Souls. Not only is customization limited to weapon type, but the protagonist is the most generic character in the game. While this is actually perfect for the narrative, “mask envy” became a thing when it became clear how much more interesting enemies and NPCs are to look at. Enemies themselves are designed with great care. Each “faction” or class of enemy has a distinct style that allows for recognition. Within each faction are several subtypes and there’s no confusion as to which type is which. This is a game where it’s a necessity to be able to tell the difference between an enemy with a shield and one with a gun. Blessedly, this is no problem. Presentation is perfectly fine, but that’s about it.

8.2
Summary: Those looking for a narrative focused experience or breathtaking visuals will probably come away disappointed. However, Immortal Planet translates the SoulsBorne world into a small isometric package and runs with it. For every Souls feature it misses the mark on, it makes up for it with an innovative twist on the formula with marked improvements in some ways. Immortal Planet manages to capture the strategic adrenaline rush of the Soulslike, while forging its own identity along the way.
Story and Setting (7.5)
Gameplay (9.5)
Audio/Visual Design (7)
Pricepoint (8.5)
Replayability (8.5)