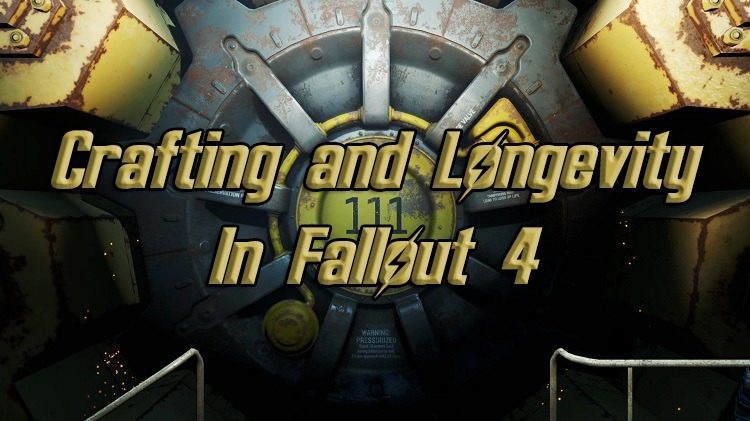 Bethesda’s Fallout 4 has its flaws, and they have been discussed extensively. The main story had its issues, the Factions were underwhelming and the voiced dialogue was jarring for some. Yet often overlooked is what the game got right, and of those, the crafting is possibly their biggest success. For me personally, crafting is what has given the game enduring value and has provided the motivation to explore as many locations in this massive game as possible.

It is natural to begin any discussion on crafting in Fallout 4 with weapon mods and armor mods, as this is where crafters spend their bulk of their time plying their trade. I was no exception to this and it became a ritualized habit to travel to brand new location, clear the scene of enemies, loot the entirety of the location and then return to Sanctuary and hit the workbenches to see what mods I had acquired enough materials for. Bethesda made the guns modifiable in all the right ways, allowing for some very interesting, and fun combinations without being ridiculous. Throwing a barrel on a shotgun to narrow the spread and increase the range was my first aha moment and it felt like I was playing a version of Borderlands where I could actually choose the outcome instead of relying on an RNG. This made the system very gratifying, especially when the weapons would behave in practice as I had imagined while crafting them. I largely ignored armor mods at the beginning but once I spent some time exploring the options I became similarly addicted to the constant tinkering and improving. 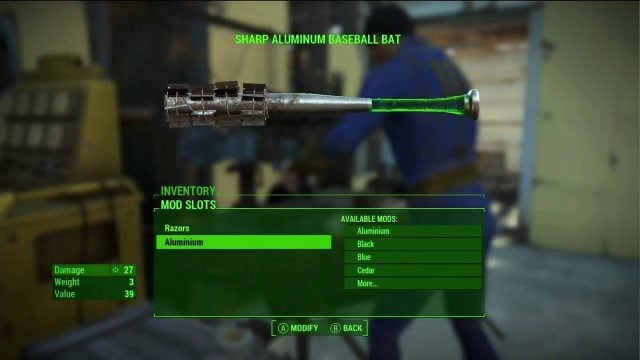 Another element of crafting that I became enamored with was making food. I am a compulsive harvester in games which often results in a bloated inventory with few real benefits. In cooking recipes however, I discovered a method to alleviate my equip burden and create helpful items. I grilled, fricasseed and concocted my way to success in the Wasteland, and every time my pockets were overburdened from a loot fest I was glad I had taken the time to prepare some grilled radstag. For the first time I would hit the overworld looking for specific wild game to hunt. I also find the simple in game activity of sitting over the cooking fire relaxing, similar to how I feel about it in real life if you removed all the worry. 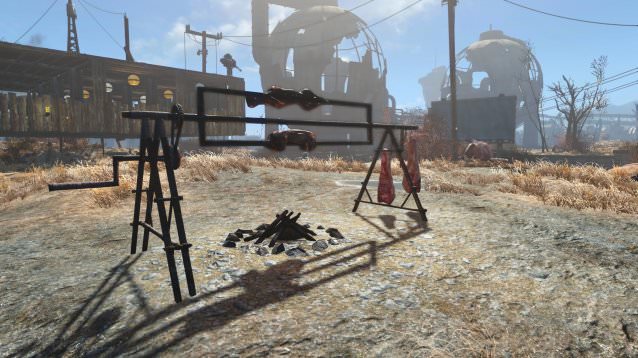 Crafting also gave me a reason to explore every nook and cranny and consider every item I encountered. Materials aren’t always easy to come by and I found myself paying attention to every vendor’s inventory and considering that shipment of screws that Carla had. When I discovered I could make adhesive from scrapping vegetable starch, I razed all my other crops and focused on Tato, Corn and Mutfruit. If I needed tech materials I sought out locations on the map that were science related, figuring I could find rarer pieces of equipment there. Subtly the crafting system was giving me a reason to pay deep attention to everything around me. In turn I gained a better appreciation for all that went into the game’s development and how it was designed with item population in mind. 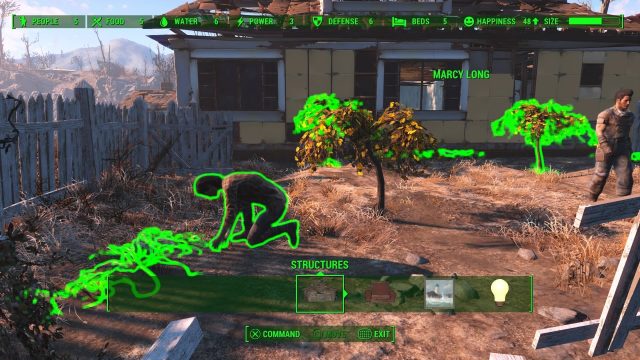 Progression is the key to what made the crafting system so addicting. I felt through crafting a stronger sense of progression than through the game’s leveling and perk system (minus the perks that unlocked better mods). I felt most powerful in the game when creating a weapon that matched my playstyle exactly, and grinding for materials to build a new mod often paid off. My resultant crafted gear usually provided noticeable improvement against enemies. Every time I came back to craft I would feel more powerful when I would head out to start the process over. 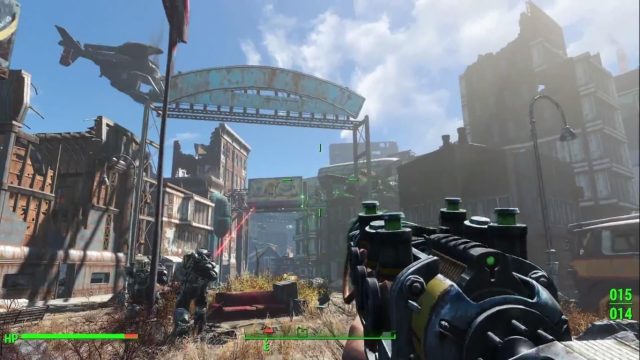 For a system whose iteration was in essence a new feature for the series, the crafting goes quite overlooked in favor of the sexier gripes out there. Not all the new additions such as settlements lived up to their potential but to say the game played it safe by doing more of the same from Fallout 3 would also be omitting what was ultimately a deep and addicting element to the game’s core. These kinds of activities epitomize what the sandbox genre should be and give players complete agency over what they become, with the game providing as much freedom for the imagination as is technically possible. What do you think about the crafting in Fallout 4? If you’re still playing it extensively what’s keeping you going?

4 comments on “How Crafting In Fallout 4 Kept Me Going”