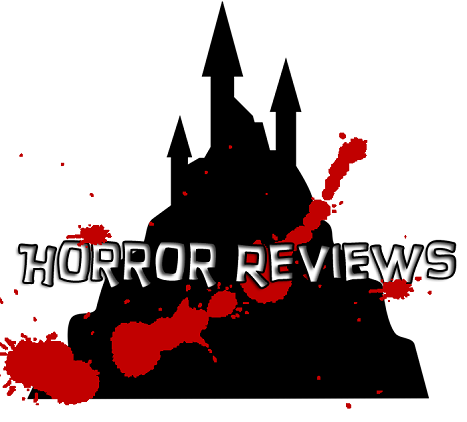 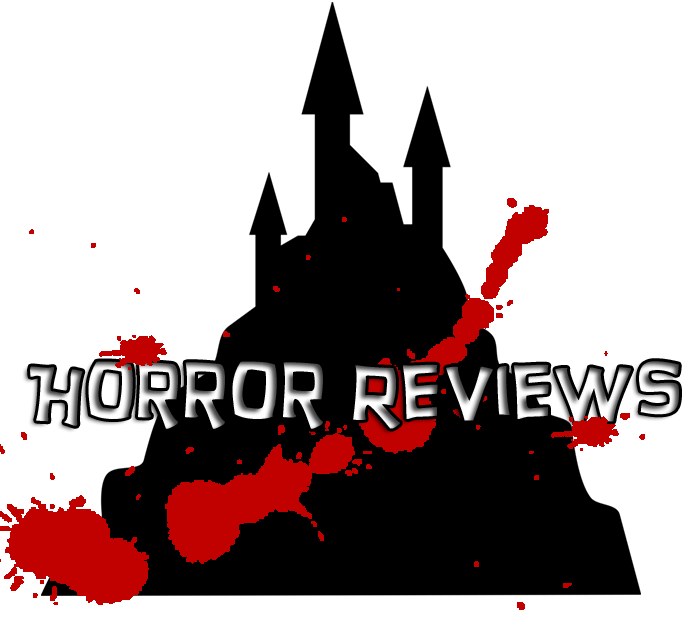 There’s no danger of the faint-of-heart accidentally picking up Outlast thinking it’s a staring contest simulator. It is very obvious what this is. It’s a visceral horror game set in an asylum. You can’t get anywhere near this game without that being as plain as the nose on your face (though whether that nose will continue to be attached to your face is not quite so clear). This is hardly the most original of settings. But then again, neither was the haunted prison of The Suffering, which was and remains a classic. Outlast is not exactly The Suffering ten years on, as the latter armed you with conventional weapons and a hulk-out rage mode, whereas Outlast, true to its name, is a survive-’em-up. The parallel is taking a more than familiar horror trope, and making you experience it through some good design and solid mechanics.

The quality you get as a result is immediately apparent. The game starts with the protagonist driving (at night, natch) along a country road. As the player, you know where you’re going, but when Mount Massive Asylum first looms up in front of you it’s still a powerful moment. A quick set piece has your first-person view glance at the file on the seat next to you and quickly we discover you are Miles Upshur, independent investigative journalist who has been contacted by a whistleblower about the dire goings-on at the Asylum, now run by the Murkoff Corporation. There is then a brief introduction to the game’s mechanics: you get more information if you are recording on your video camera when events happen, and you can use the camera’s night vision to navigate the dark. With that out of the way, you’re then free and clear to do what no one in their right mind would do, which is climb into the asylum run by an evil corporationy corporation with the abandoned military vehicles out front. There is even a little self-referential nod early on, when Miles encounters a slaughtered SWAT team (or private equivalent) and the dying leader tells him to get out. Miles’s response is to dryly observe he wished someone had mentioned that before he got trapped inside. It’s not original, but it looks fantastic and it’s easy to control. You know you’re going to get into trouble in less time than it takes to skin an inmate, and you do, and then you’re on adrenalin from here on out.

The game does a good job of creating tension. You know there are going to be jump-shock moments, but that doesn’t mean you can predict when they are going to be. The video camera needs batteries to run, or you’re stumbling in the dark. And of course, you cannot fight, so the noble art of running away is on full display here. This is perhaps where the Splinter Cell experience of the team is apparent. There are guards – or in this case, crazy dangerous people – on semi-predictable patrol in moderately open-world set-piece sections. That doesn’t decrease the tension any when you see one of them looming out of the green-screen night-vision dark at you. There are some nice details too – at one point, you’re in a room on your own, and vault up into the ventilation shaft to get to another location. If you happen to look back, you see someone just closing the door of the room you just left….they were right behind you….

Despite the overriding objective being escape, the journalist in you can still hunt down clues to what has been going on at Mount Massive, which will likely not really be a surprise to anyone in big picture terms even if the details are well-written. If there are any niggles with the game, the almost obligatory sewer-section feels a bit tired, though the other locations are convincing, and also there is a little bit of Drag-it-out-itis at the end, a disease which primary symptom in any game involves an objective to ‘turn on the sub-generator.’ There’s also a bit where you drop your camera and have to go get it back, which also feels like padding.

Outlast is twice the price of many other Indie titles, but it has big studio production values and has a very sizeable campaign. Even if bits I personally felt were padding were removed, it would still be a ‘full size’ game and an awful lot cheaper than the 60 bucks most publishers expect for games less polished than this. This is not a story and atmosphere game, it’s a shocker, and at that it is first-rate. 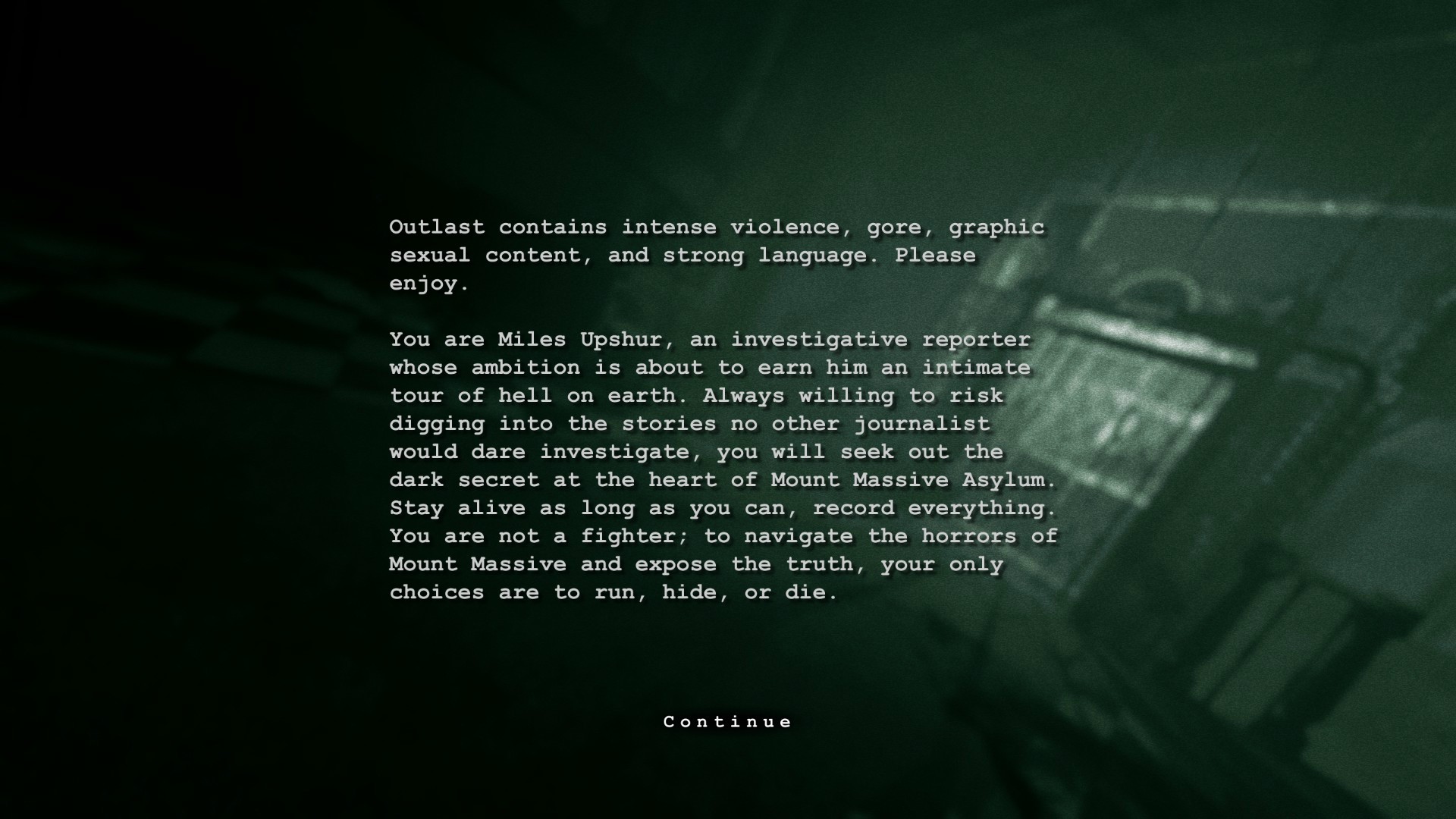 I wondered how ‘graphic sexual content’ could be contained in the game. Then I found out. It involved a favourite prison activity, only with one of the participants absent the normal complement of heads. Eww. 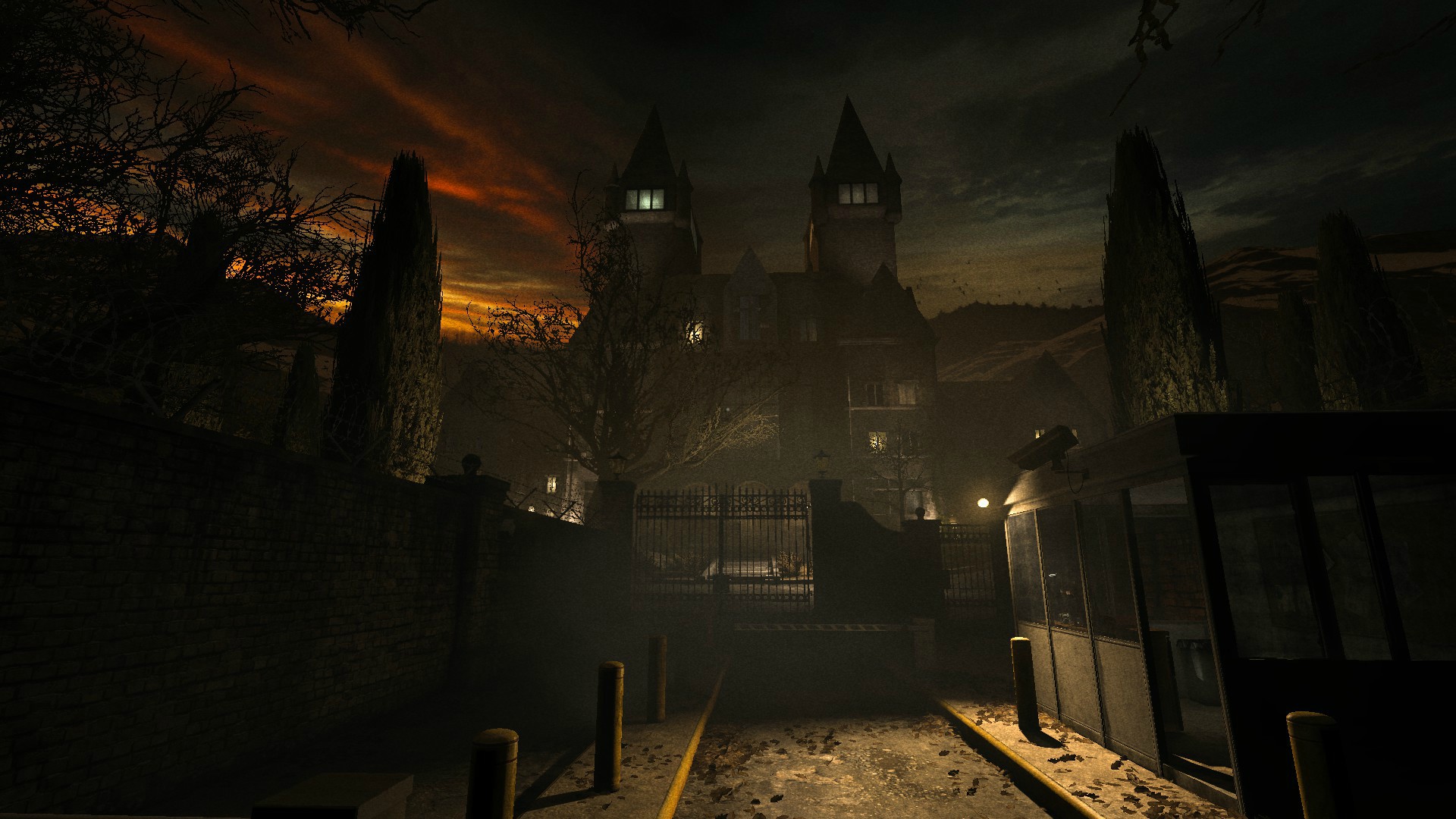 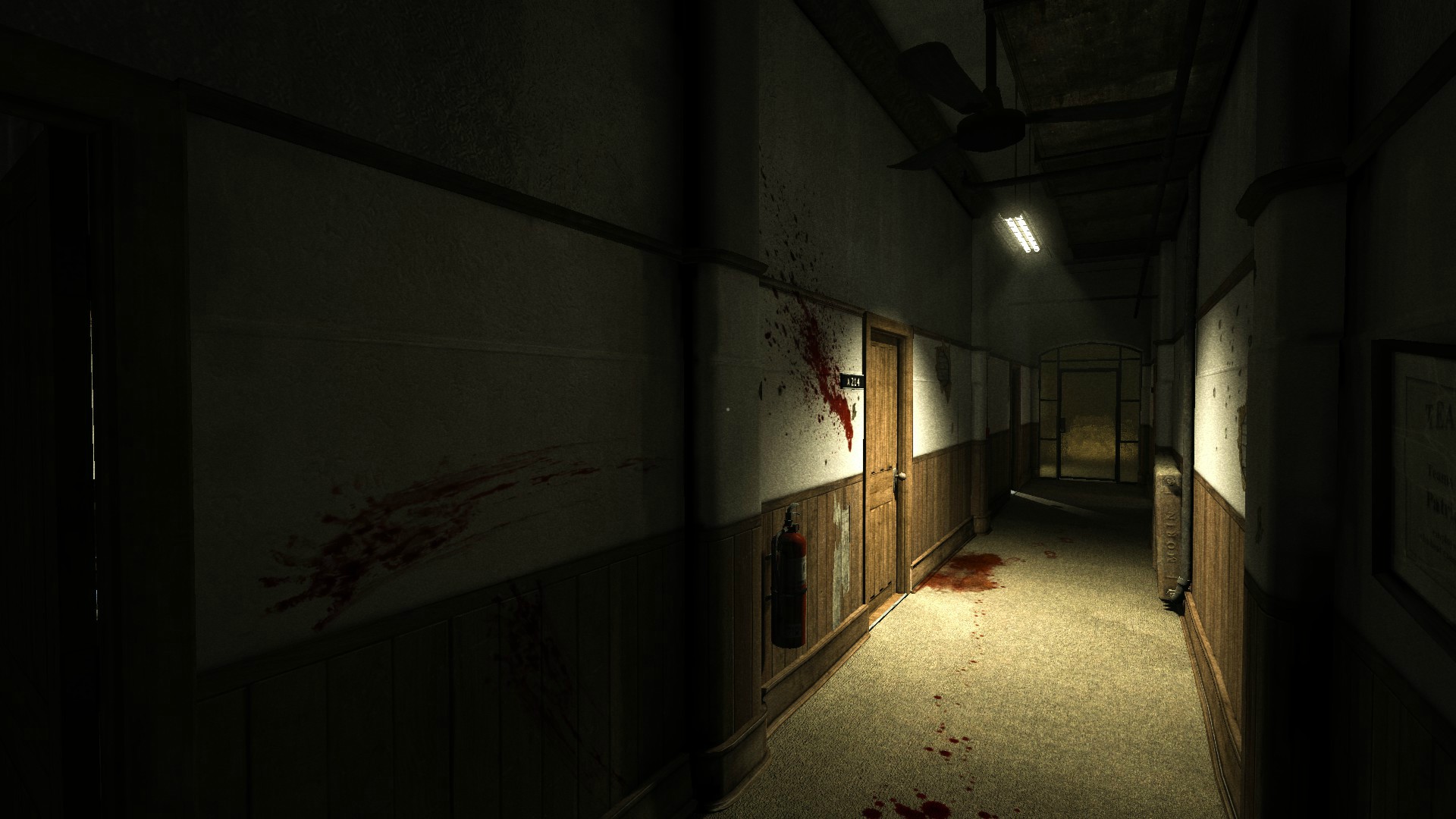 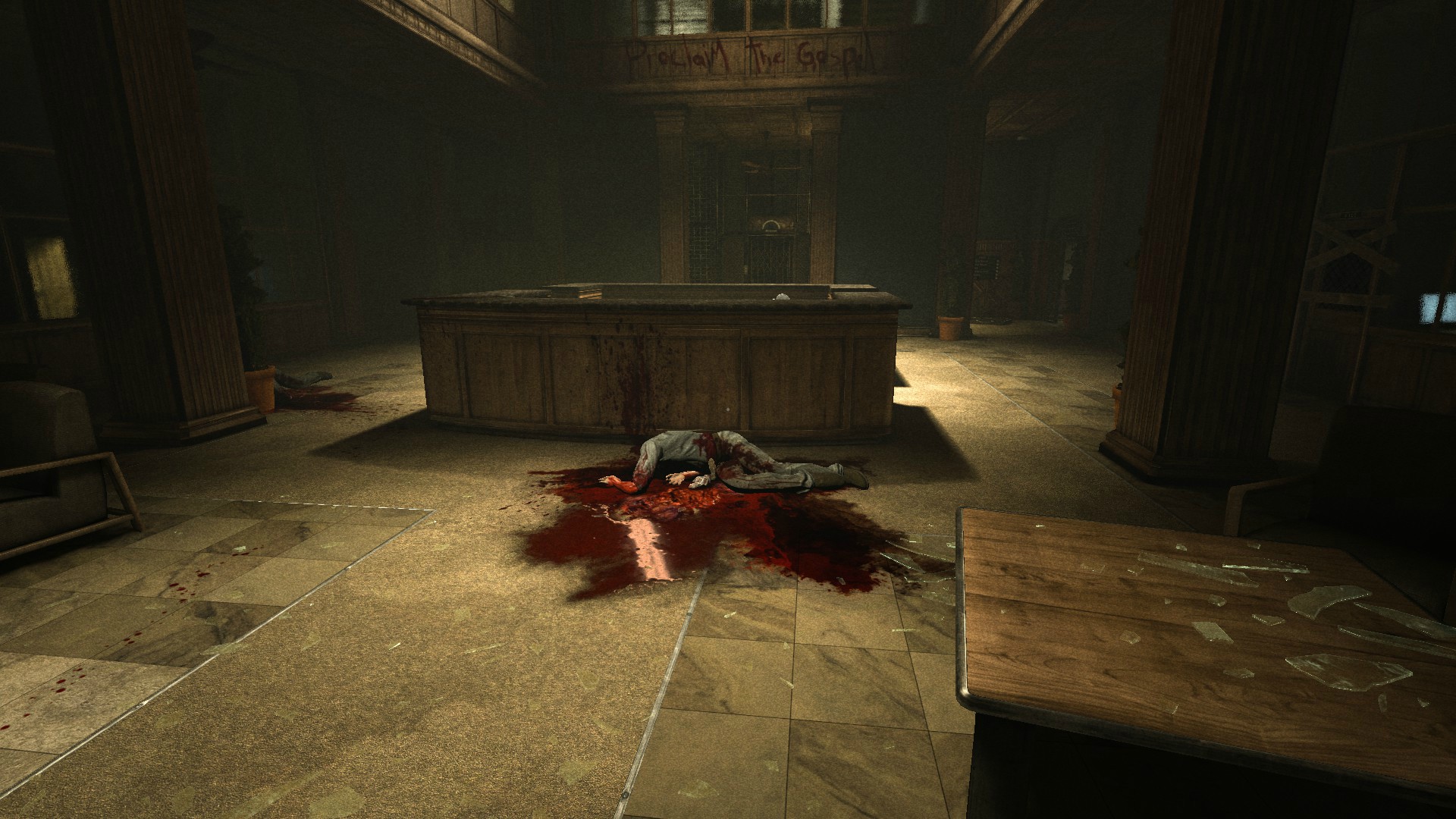 I’m in trouble here, aren’t I? 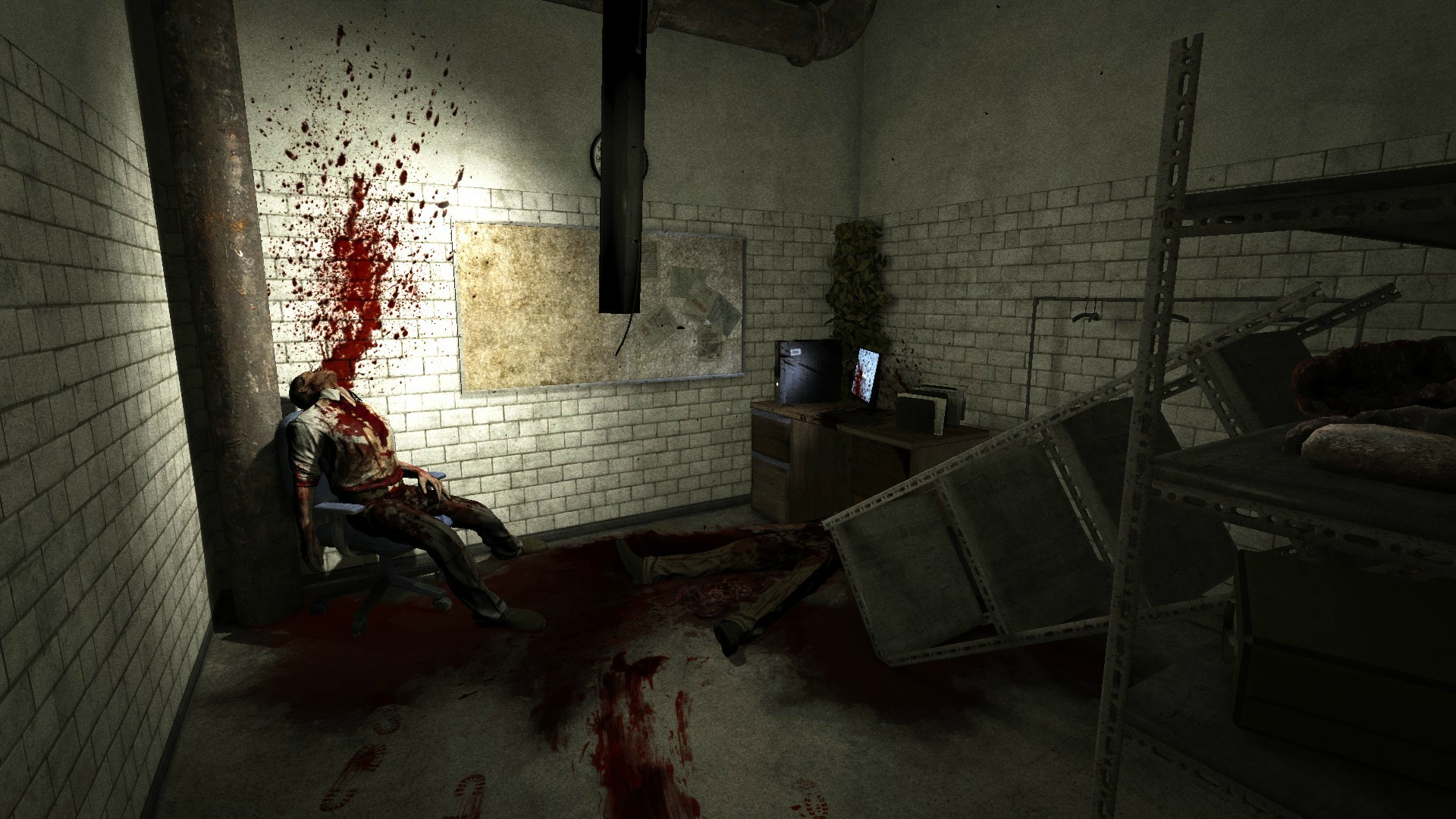 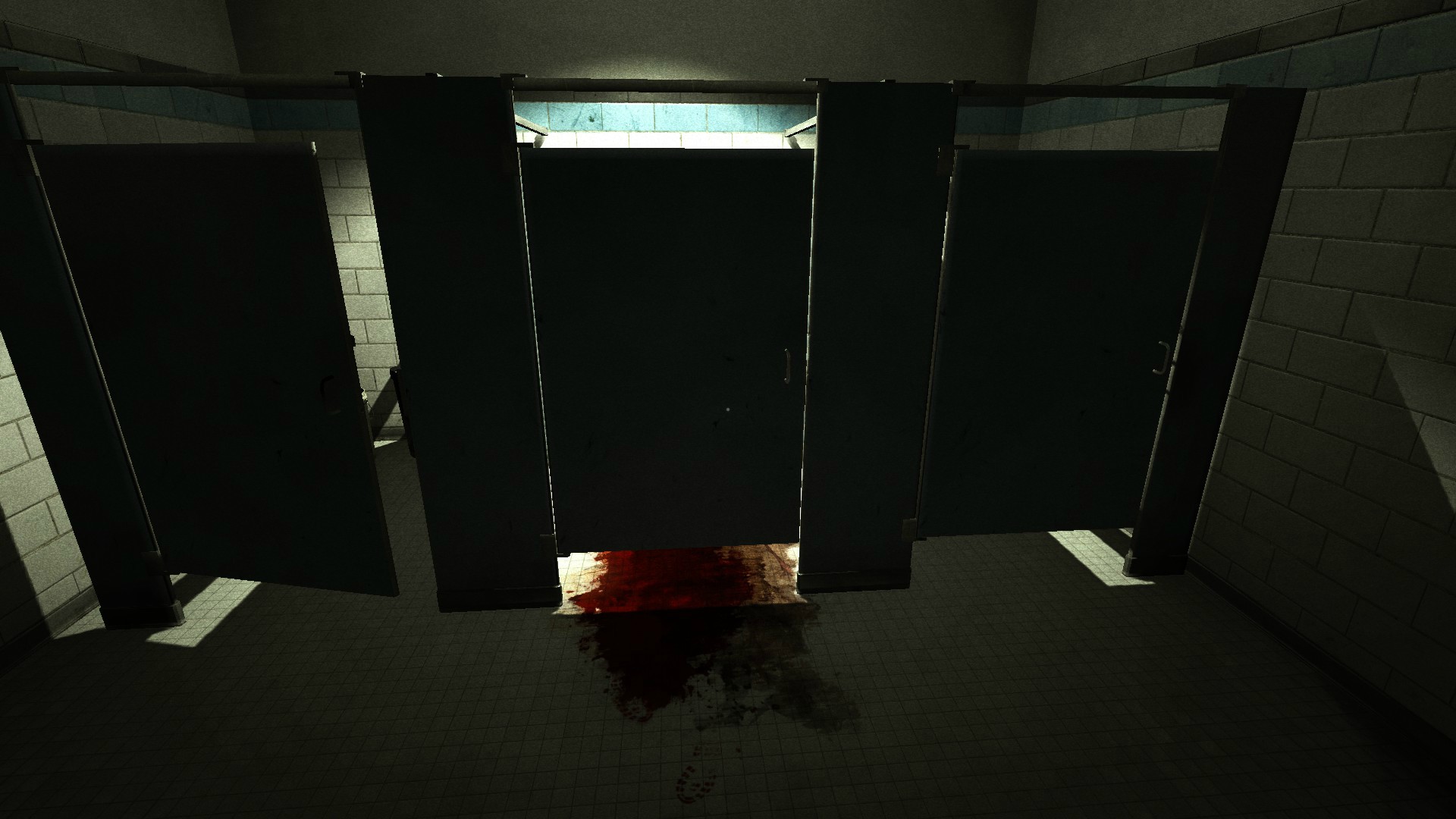 Shouldn’t have had that curry last night, mate 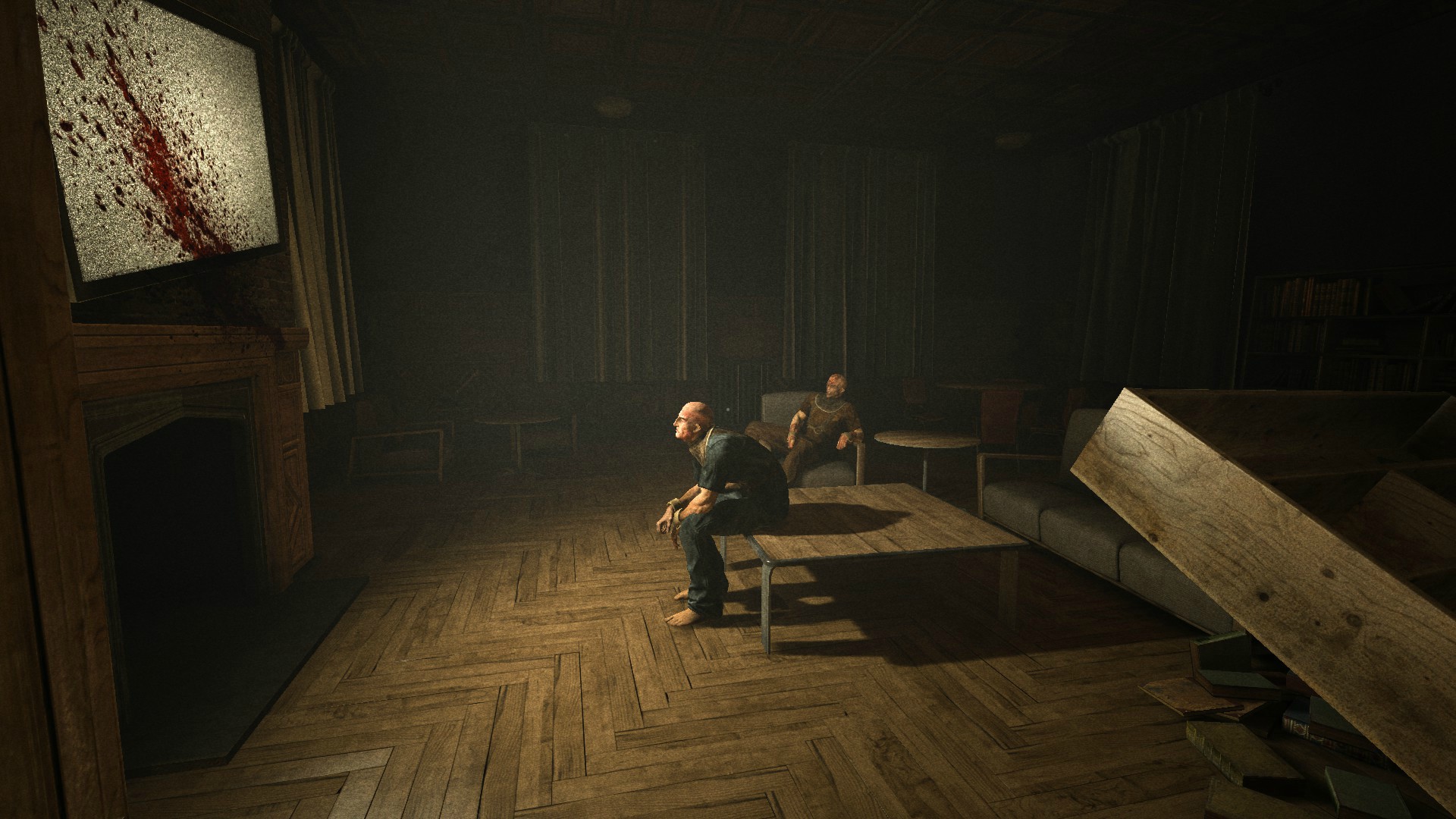 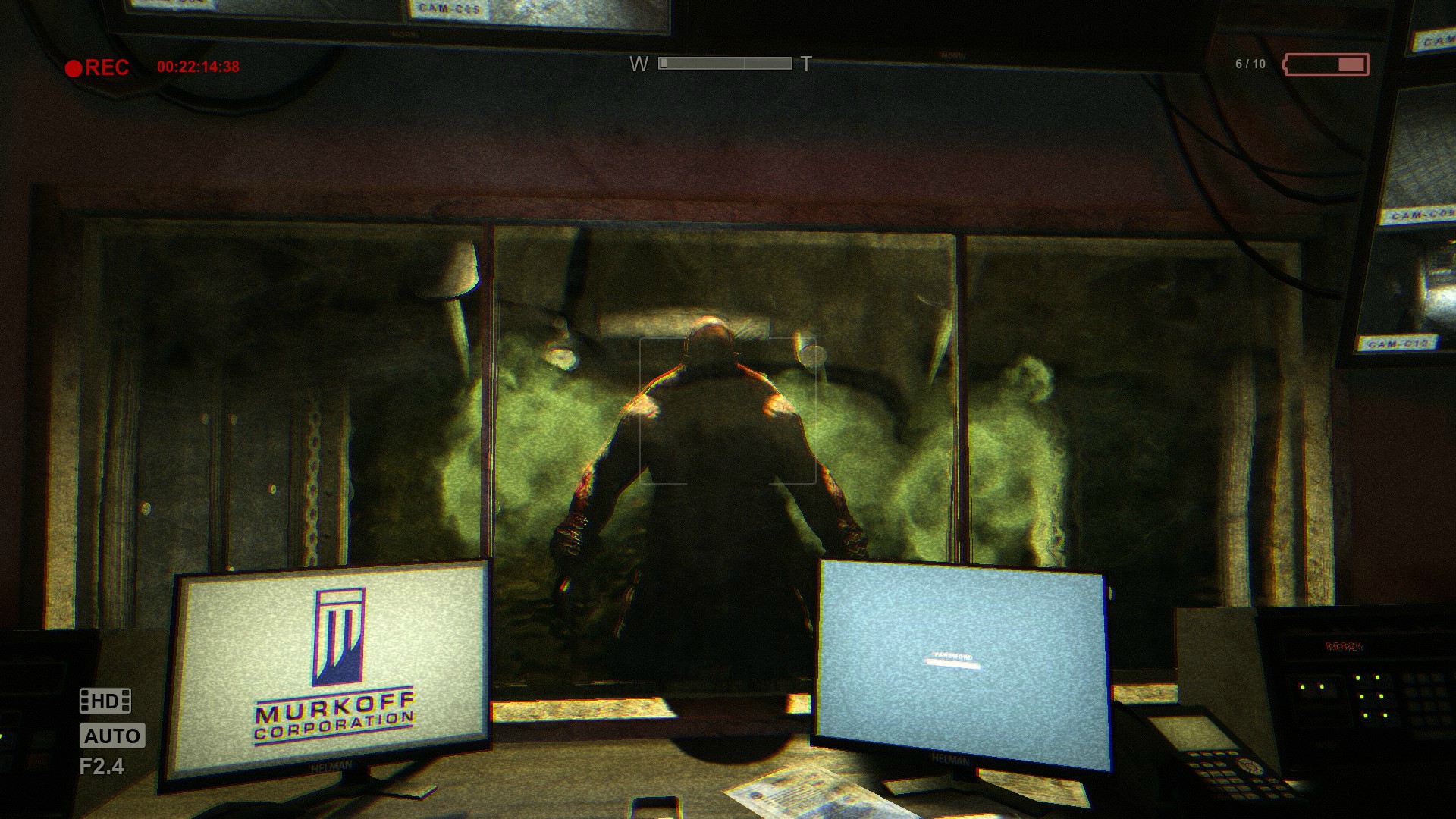 Why, hello there. Are you here to help? 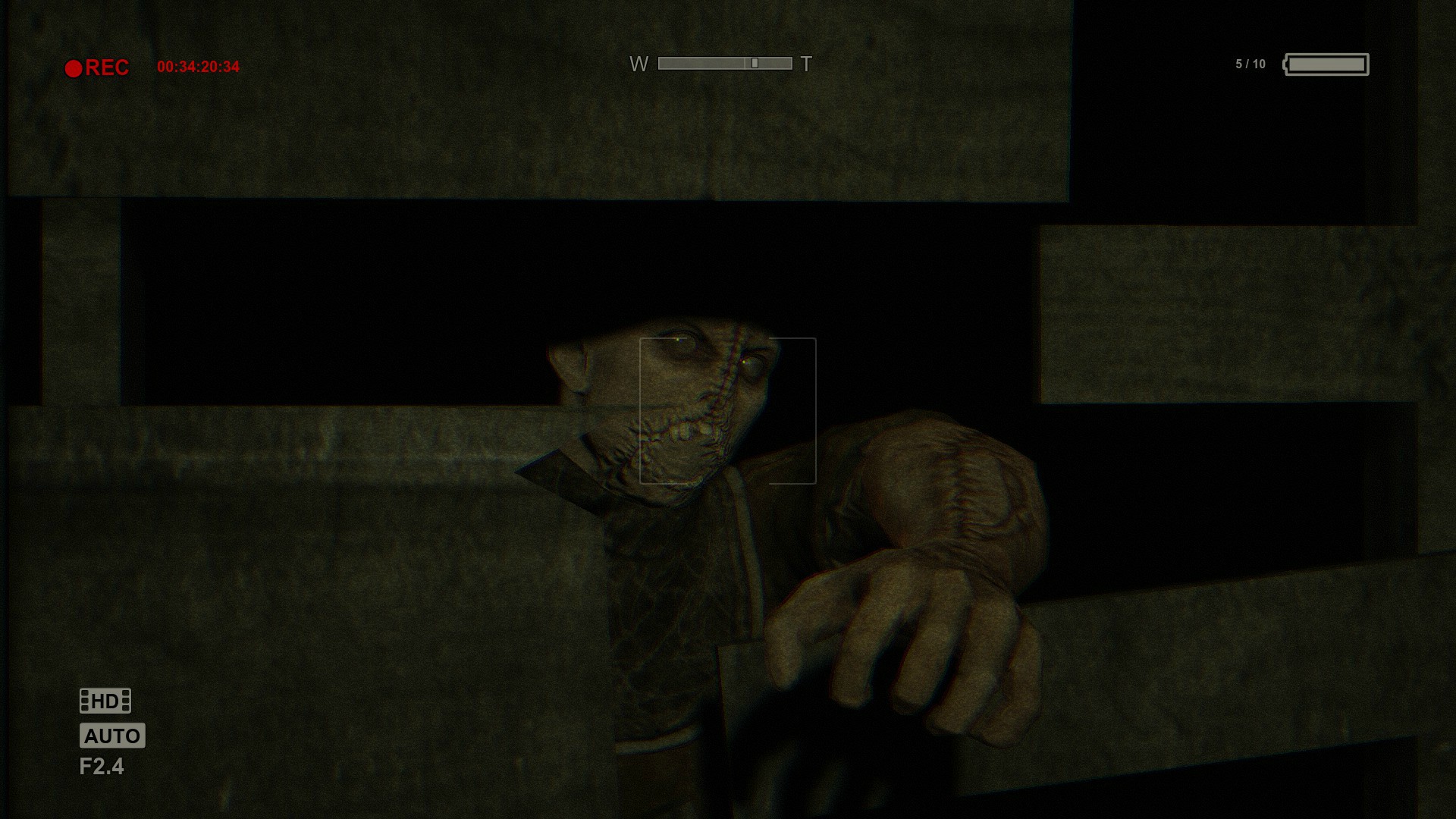 It’s time to run away. Again. 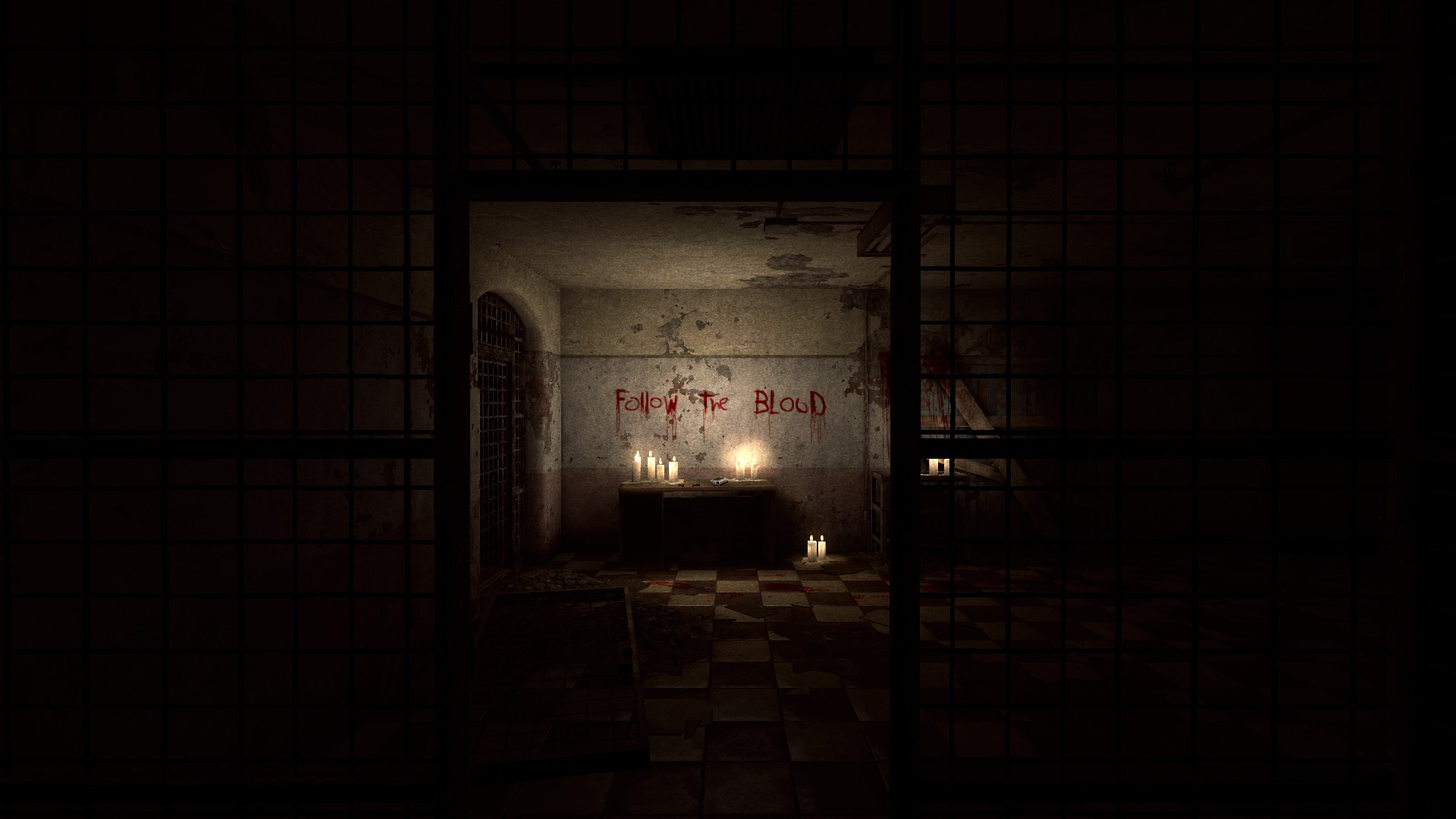 Follow the blood? Would you care to narrow that down? There’s an awful lot of it round here 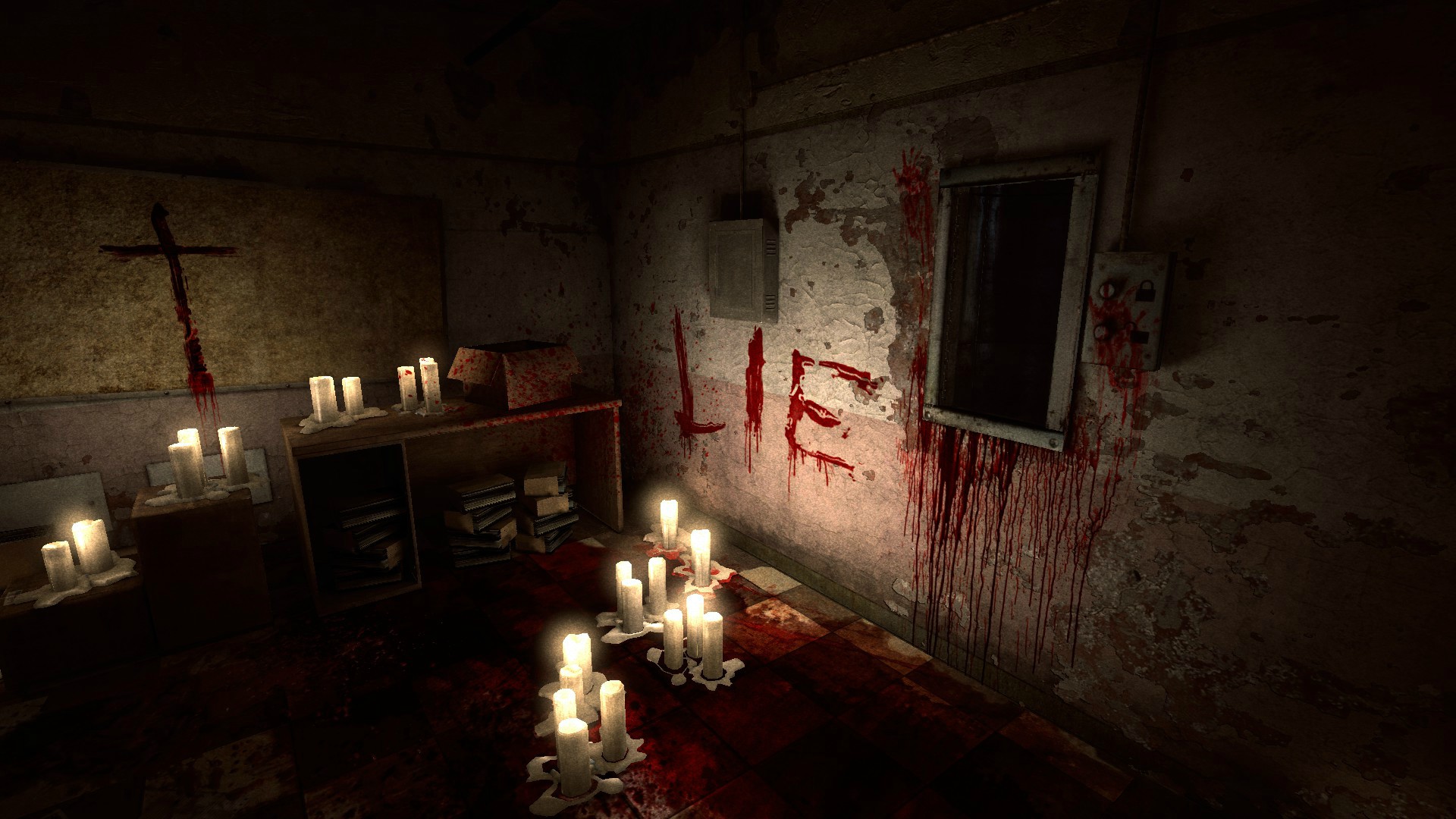 Oh good grief. Well, I appear to still be alive at this point. That’s something, I suppose 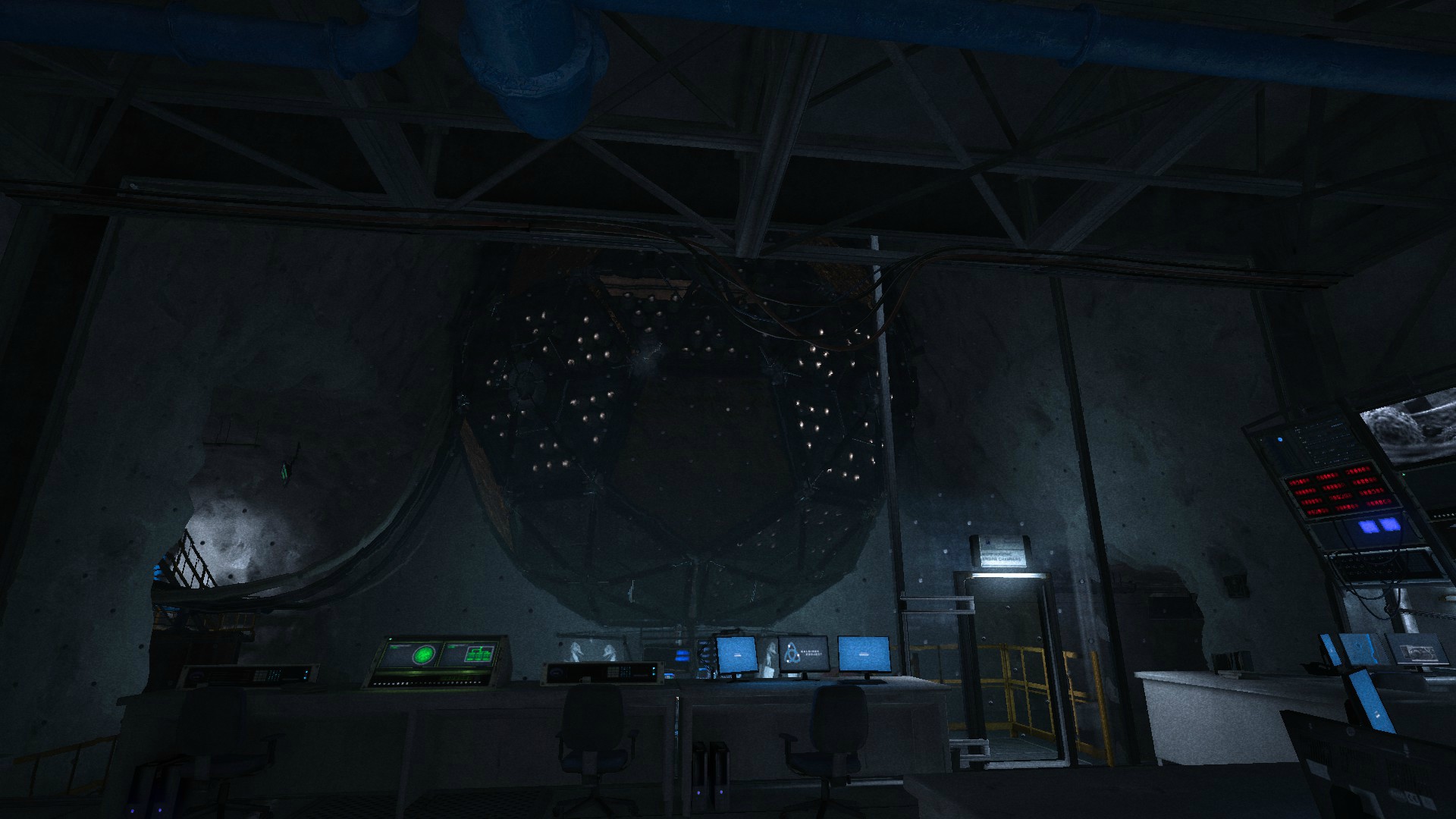 Stupid Evil Corporation! Have none of you seen Event Horizon?

Review Guidelines: How I review

Personally, I think the key factors in assessing a game are Story, Game Mechanics, and Frustration Factor.

That’s what I’d want to know to make a decision. I hope it’s useful.