I recall reading a newspaper retrospective on the film version of The Exorcist where the journalist authoring the article wondered if the movie’s reputation did it a disservice: for a first time viewer, how could a mere piece of story-telling on celluloid ever live up to that reputation? This is not to say that DreadOut is a hyped or famously scary game; on the contrary, it’s a localised-to-English version of an Indonesian game that had the potential to be an unexpected gem. It is more that once expectations have been set high, disappointment bites all the harder, and after a fantastic start, this game unfortunately lets itself down.

The game starts with an enthusiastically cheery title song that did make me smile. The contrast to the horror theme of the game is well done. We’re then introduced to the characters: a female teacher and four high school students, two boys and two girls, including protagonist Linda. There’s more than a little of traditional Japanese anime character archetypes about them, but that is fine, I accept those readily enough in well-done Japanese games, and they are well-acted here too, and genuinely amusing.

A wrong turn at the highway, a bridge unexpectedly out, and faster than you can say “creepy looking statue” we’re in weird territory. Getting lost and winding up in a ghost town is not an original setting, but I am not sure if there are many original settings left anymore; what’s more important is what is done with it. In this game, it is nicely built. This is not cutting-edge super-HD big studio graphics, but the developers have instead gone with a pseudo-anime style which is almost reminiscent of cell-shading. This allows them a softer edge to the graphical tone, and I liked the ruined buildings half visible in the gloom and the way objects and wreckage loom out of the fog. I also liked a number of the ways the developers prompt you to infer things: the name of the town is smeared away from the sign which greets you, and one of the boys notices, when passing the gas station: “they had gas for 7 cents!” which I thought a nice way of conveying the age of this deserted place.

Then a short cut scene, more weird shenanigans, and Linda is on her own exploring an abandoned school. This is part exploration and part survival. Linda apparently possesses some ‘power’ which manifests as a coloured tinge to the edge of the screen: blue means something important is nearby, and red indicates a supernatural entity. Linda has a mobile phone, which is somehow linked to her newly awakened (or perhaps reawakened) powers. This is better integrated to the gameplay than, say, Daylight, or that horrible mess Huntsman. It can be used to light the way, uncover important clues, and reveal supernatural beings – or, rather more importantly, their weak spots.

Unlike Daylight, which alternates from safe location to hostile location, DreadOut’s school is a good mix of exploration and dealing with the supernatural, with a certain degree of freedom as to how you approach this. There are the inevitable documentary records to discover which fill in some of the back-story or just add colour to the game world. In addition to the standard inventory and archive of records found, Linda also maintains a “Ghostpedia” which is an interesting window onto how another culture views the supernatural.

However, while the exploration very much works, the encounters with the supernatural very much don’t. The game can be controlled through keyboard and mouse or Xbox controller (and I noted the Steam ‘Owl’ controller in the manual as well, which was a first for me). However, there is no option to invert the Y axis, and turning around was just too slow on the Xbox controller. The game plays better with a mouse – although that is a superlative, not an absolute. It plays better; it does not play well.

The first real combat encounter is with a ghost which is actually referenced in the manual as an example of how to fight. You go to first-person mode, which involves raising the phone screen, and once the entity gets in a certain range, taking its picture will prompt some form of reaction. The first ghost, it seems you are meant to stun her with the camera, then get behind and snap a revealed weak spot on her back. Actually achieving that is entirely different, and it’s clunky enough for you to wonder if you’re doing something wrong.

The ghost also has an annoying habit of appearing right on top of you, gaining it free hits and often a free kill. Sustain too many hits, and you’re cast out into limbo, where you have to run back across darkness towards the light, while random messages appear which are supposed to be ‘tips and tricks’ but includes a variety of irrelevancies including ‘winners don’t do drugs.’

If this is annoying for the first ghost, on the scissor-boss, it is writ large. While there is some nice ominous music, and, if wearing headphones, some creepy and disconcerting scissor-snapping noises at different points and sometimes behind you, the boss fight is an exercise in frustration. It will appear on top of you and can get you in a kill-lock where it hits you and by the time Linda has finished her aggravating reaction animation the boss is hitting you again. If it appears behind you, the controls simply don’t respond fast enough to allow you to run to the other side of the room, turn around, and raise your phone, before it has hit you again. And the input recognition is weak; I found myself, with the right mouse button held firmly down, shrieking at poor Linda to “just lift the f***ing phone!” on more than one occasion.

I’m not sure what the limbo mechanic is supposed to achieve either. Each time you are killed, the distance Linda has to run to the light in order to return to the world increases. For a player already penalised by defeat and frustrated at the cheapness of it, this is only additional aggravation. During the inevitable repeated kill-lock deaths at the hands of the scissor-boss, it is an invitation to give up and play a better game.

The game also bizarrely hides much of its light under the proverbial bushel; after the walk through the ghost town, you are pretty much directed to enter the school. However, if you do not, turn around and walk back into town, there is a whole bunch more of the game which the player would otherwise completely miss.

This is indeed a shame. This was a great start let down by poorly implemented combat mechanics. Longevity is not created through a difficulty spike. I was sufficiently charmed by the game in the beginning I was looking for ways to get it to Recommended. However, considering the cost of this game is USD 14.99 plus replacing the mouse or controller you have inevitably hurled into a corner, I simply cannot. 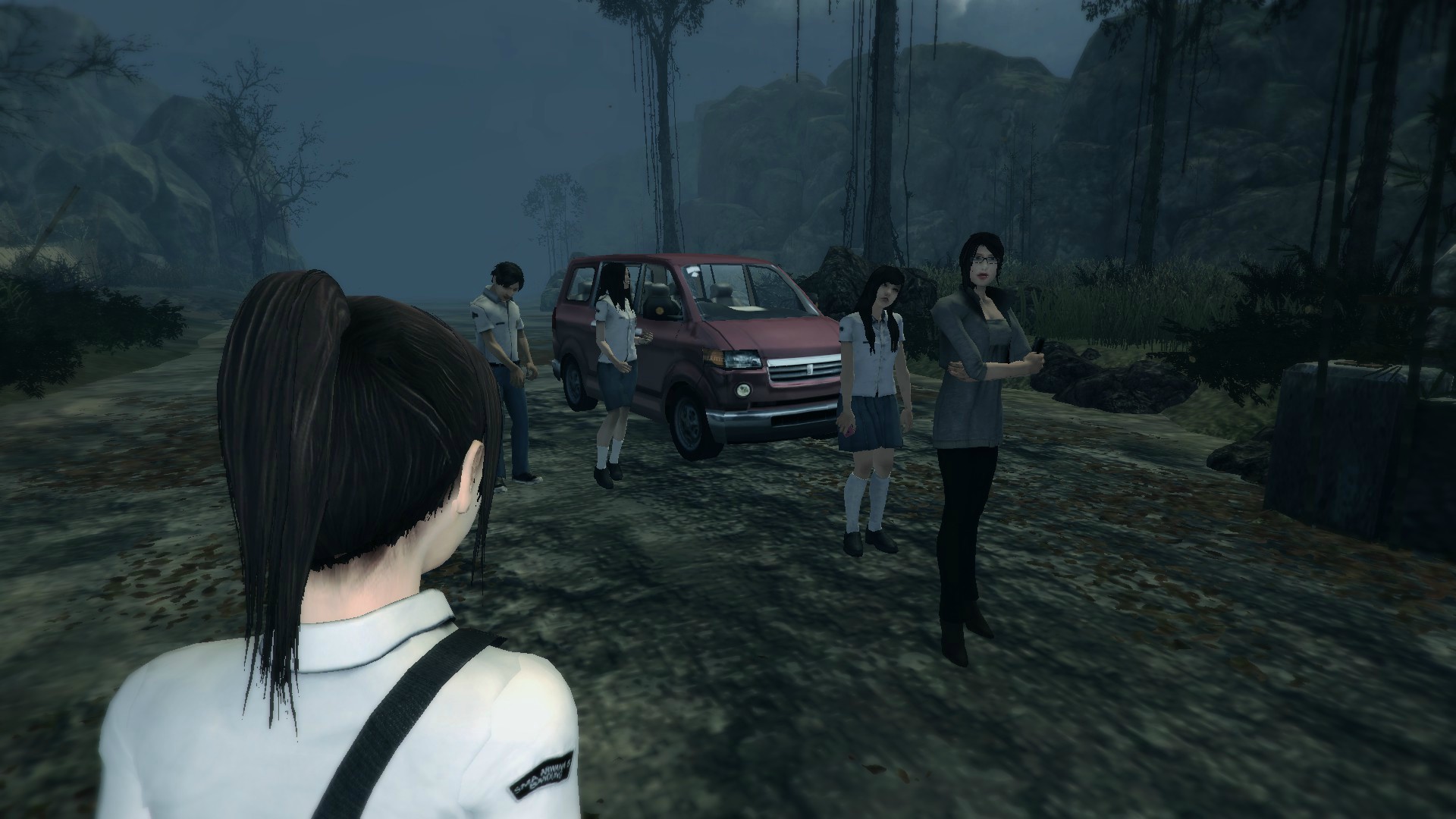 We took a wrong turn at the highway, the bridge is out, a fog is descending, and it’s close to nightfall. OK, as long as we don’t see any creepy statues, we’ll probably be fine 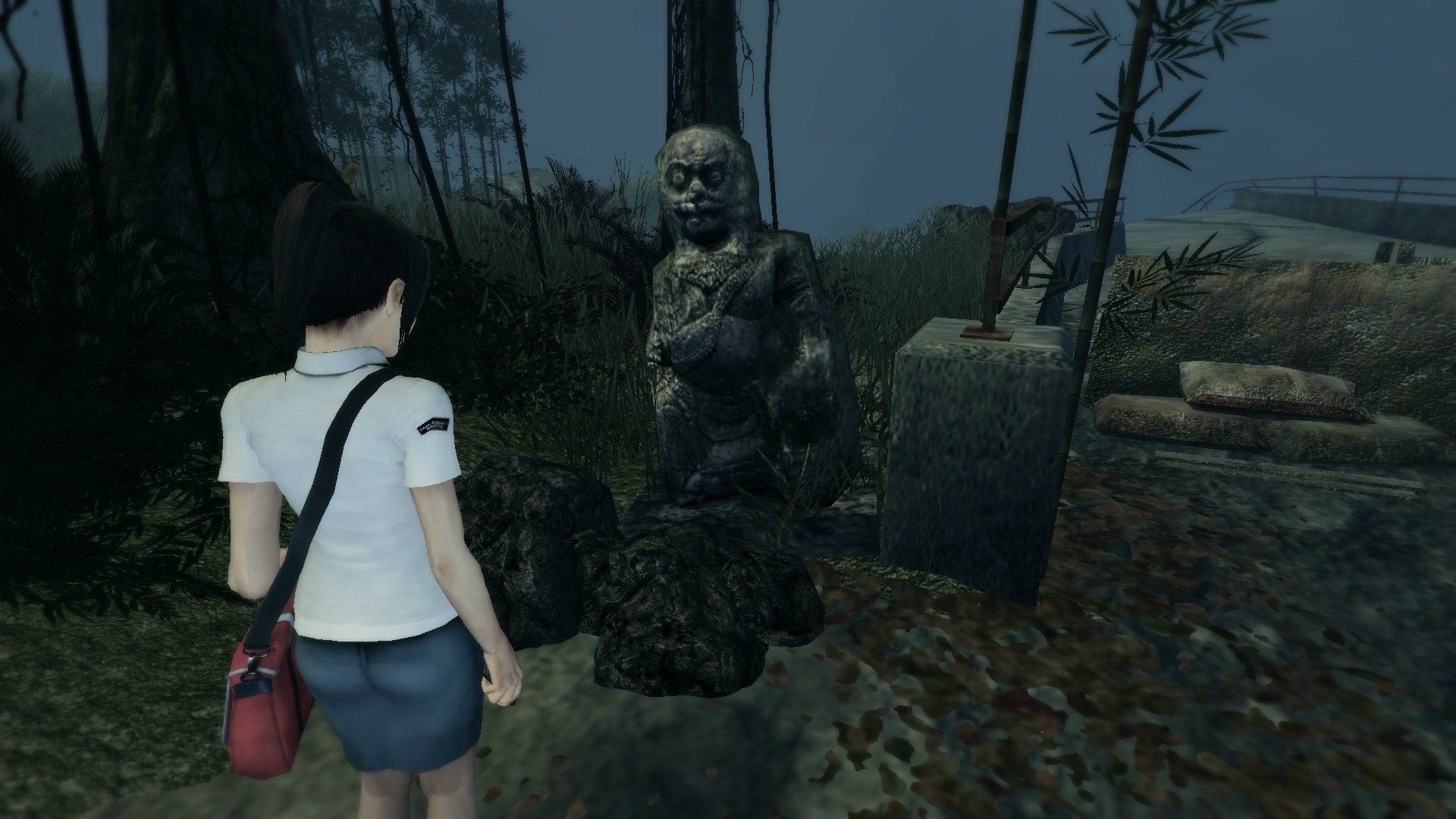 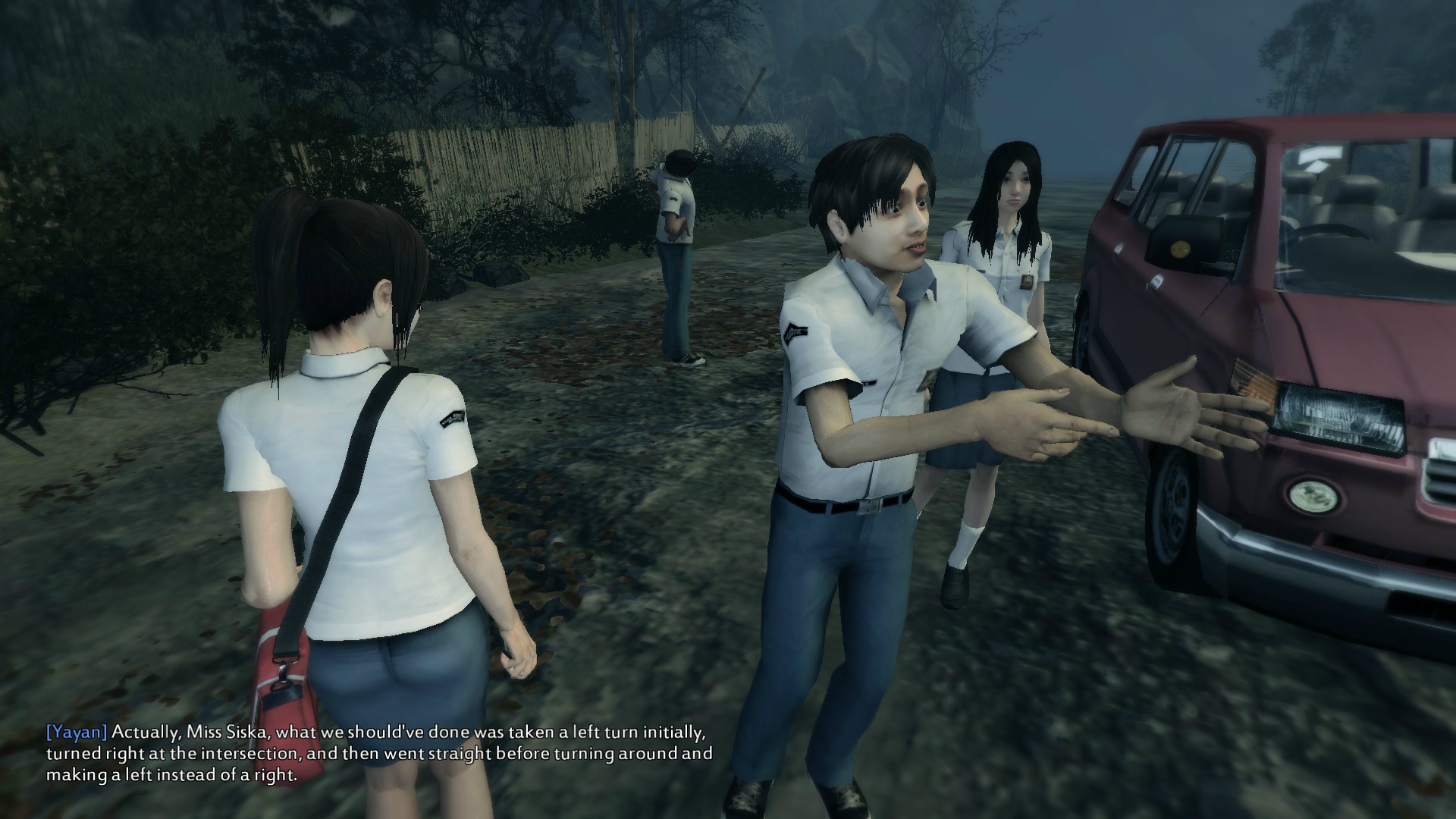 You are a dork. But an earnest dork. I like you 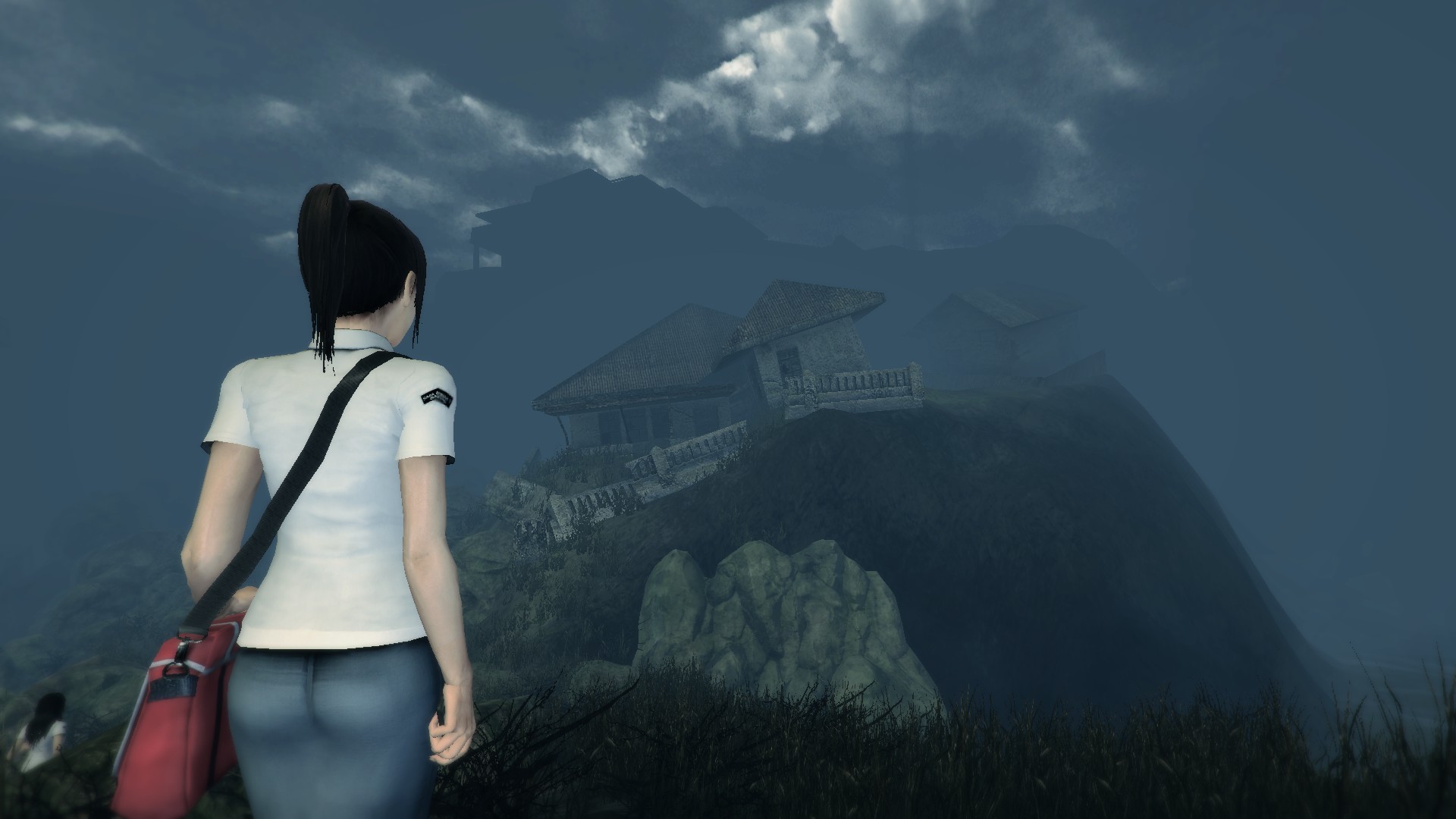 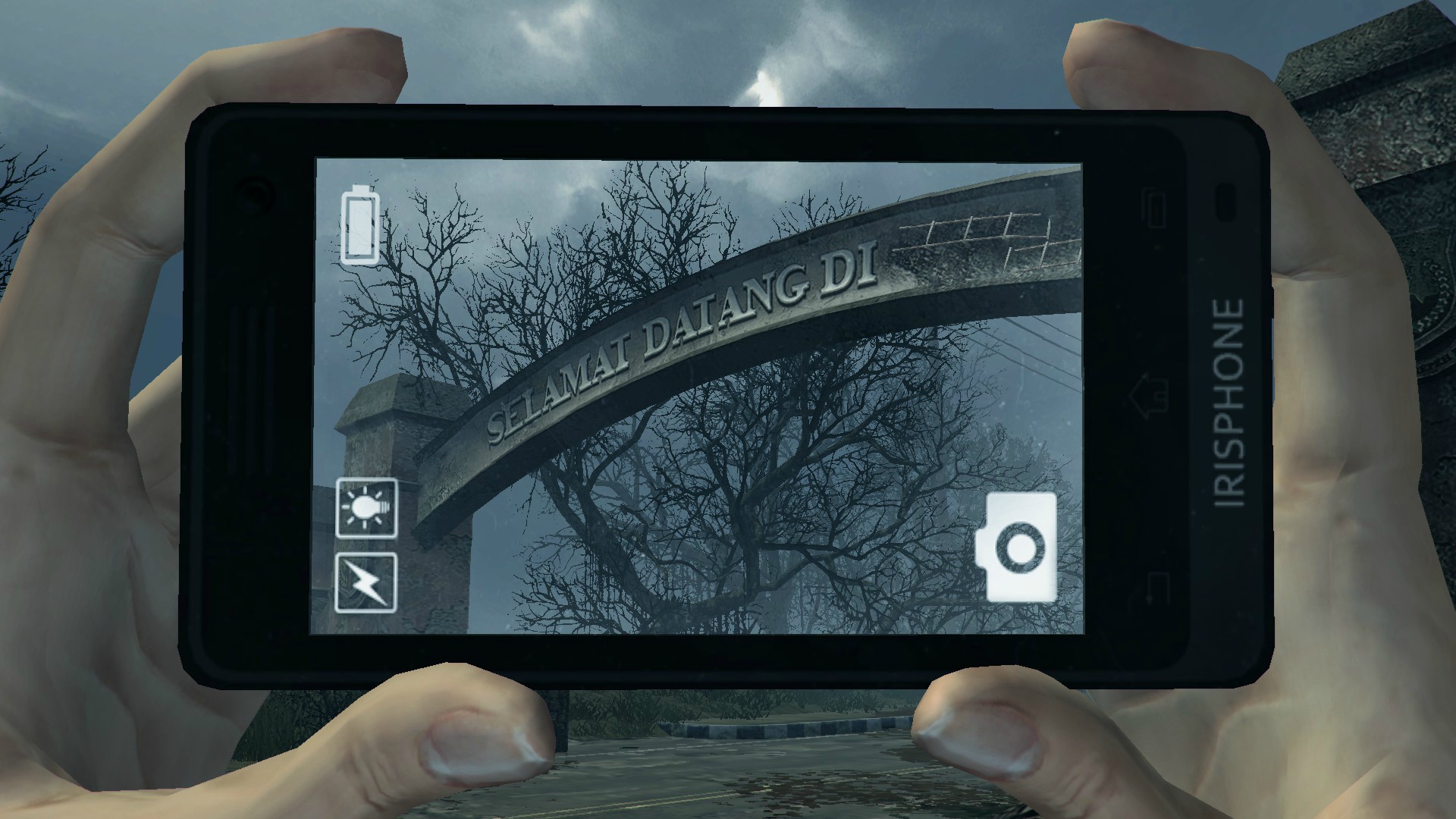 The jungle? The Pleasuredome? Your doom? 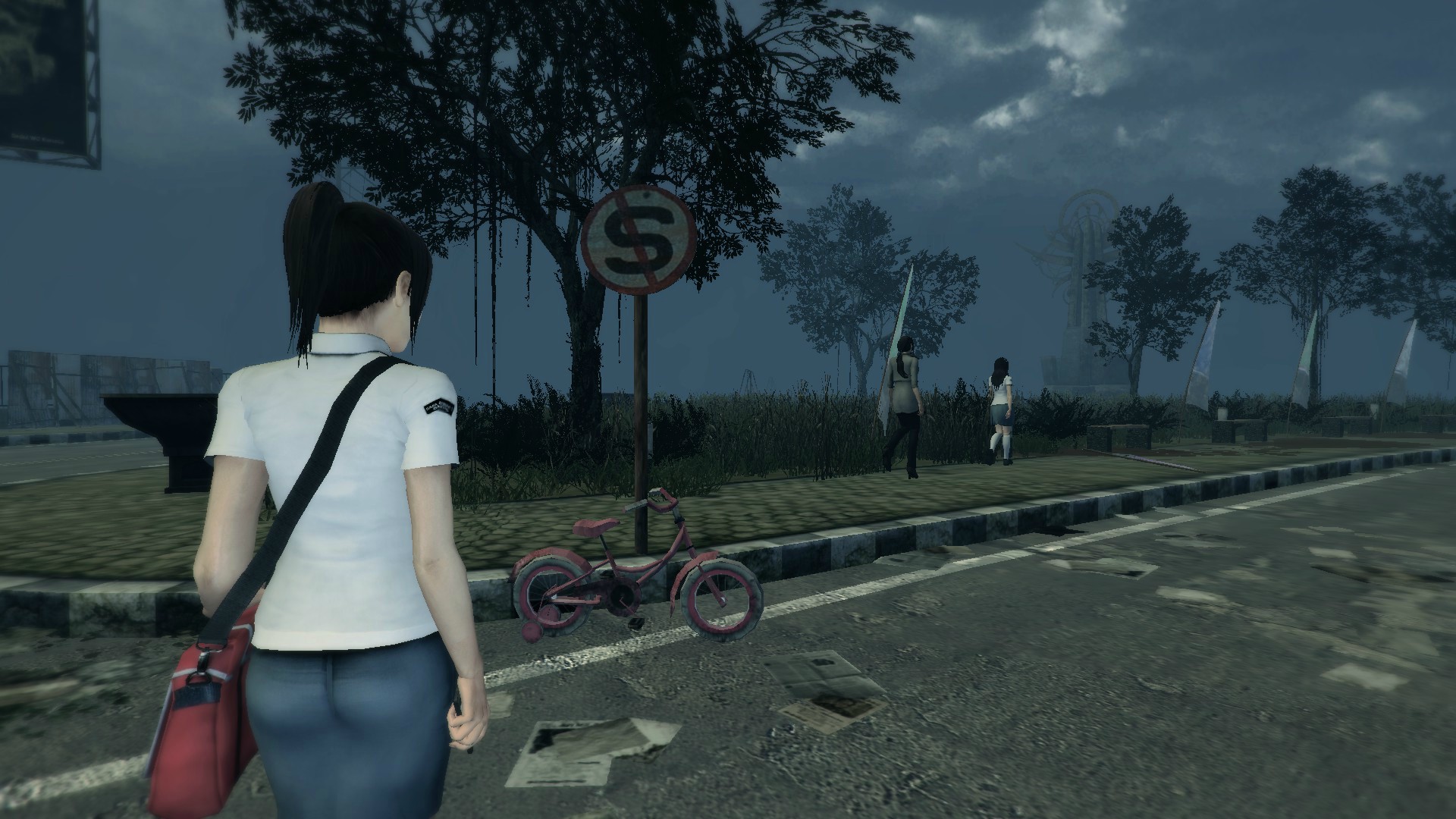 Pink bicycles are fine in this ghost town, but the letter S is strictly prohibited 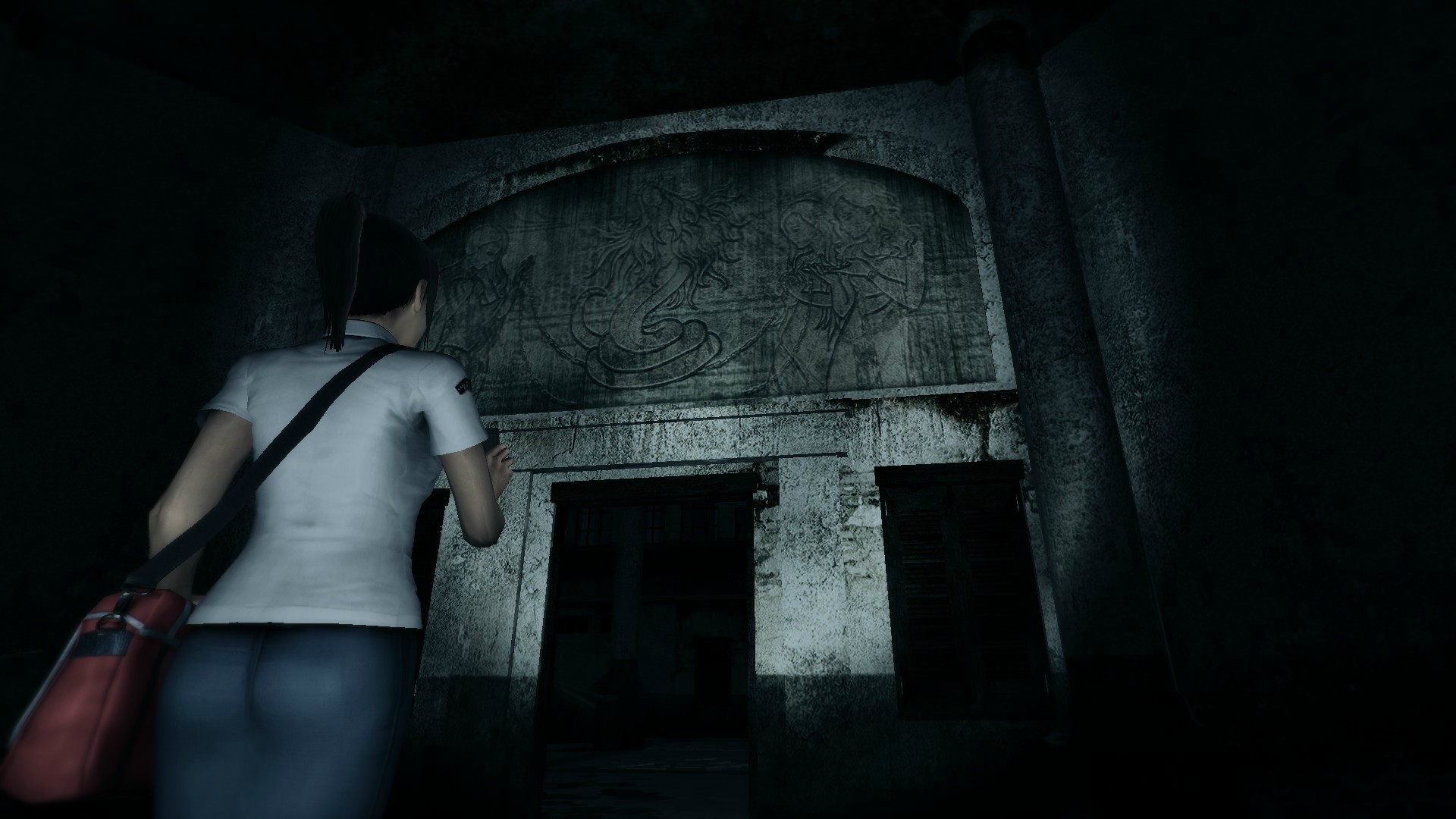 See, my school didn’t have serpent women being worshipped by maidens at the entrance. This is the problem with these modern schools 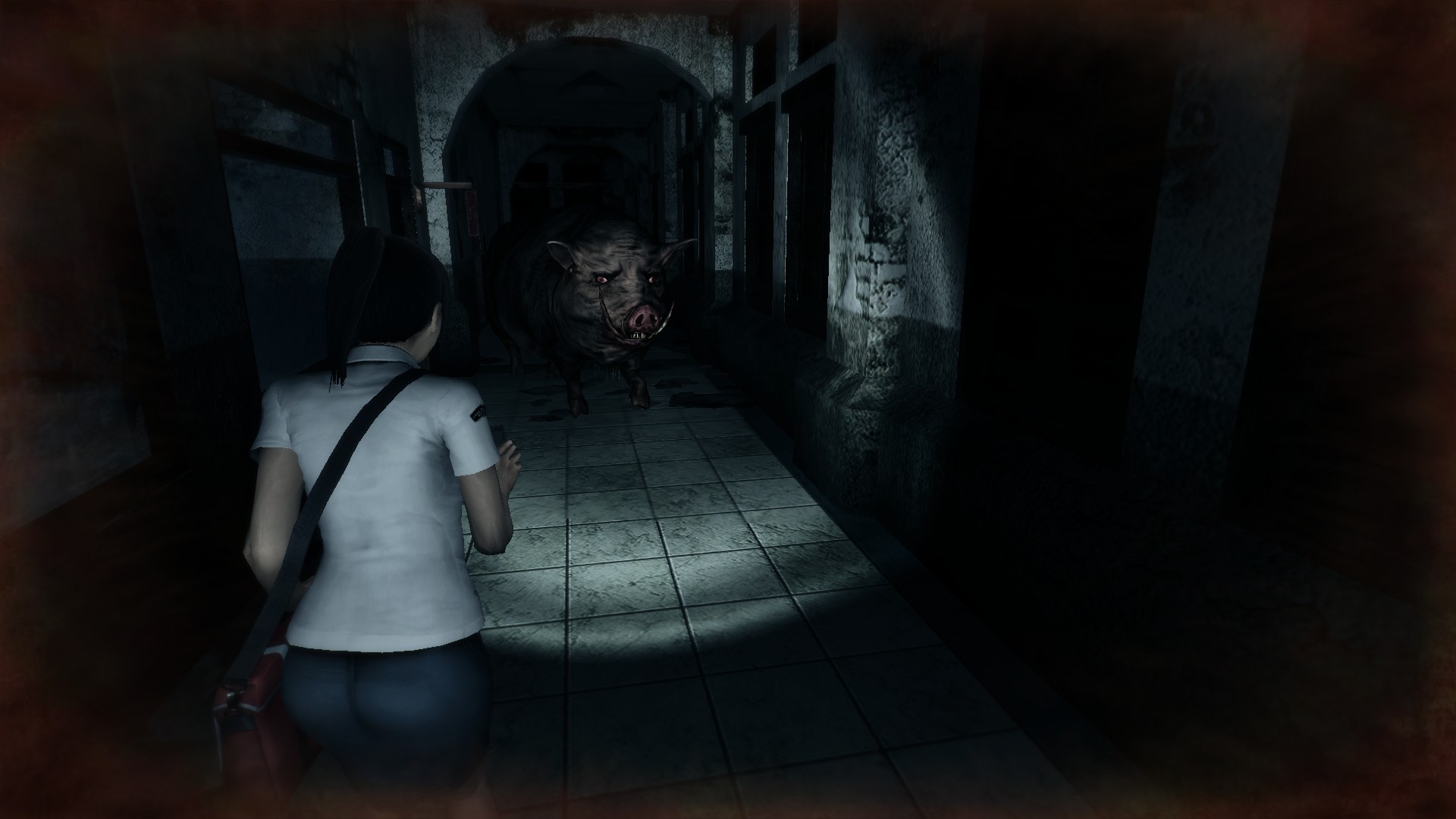 Hey, a giant pig with a key round its neck. Well well. I wonder if it can suck money out of nearby houses? *Checks Ghostpedia* Huh. How about that 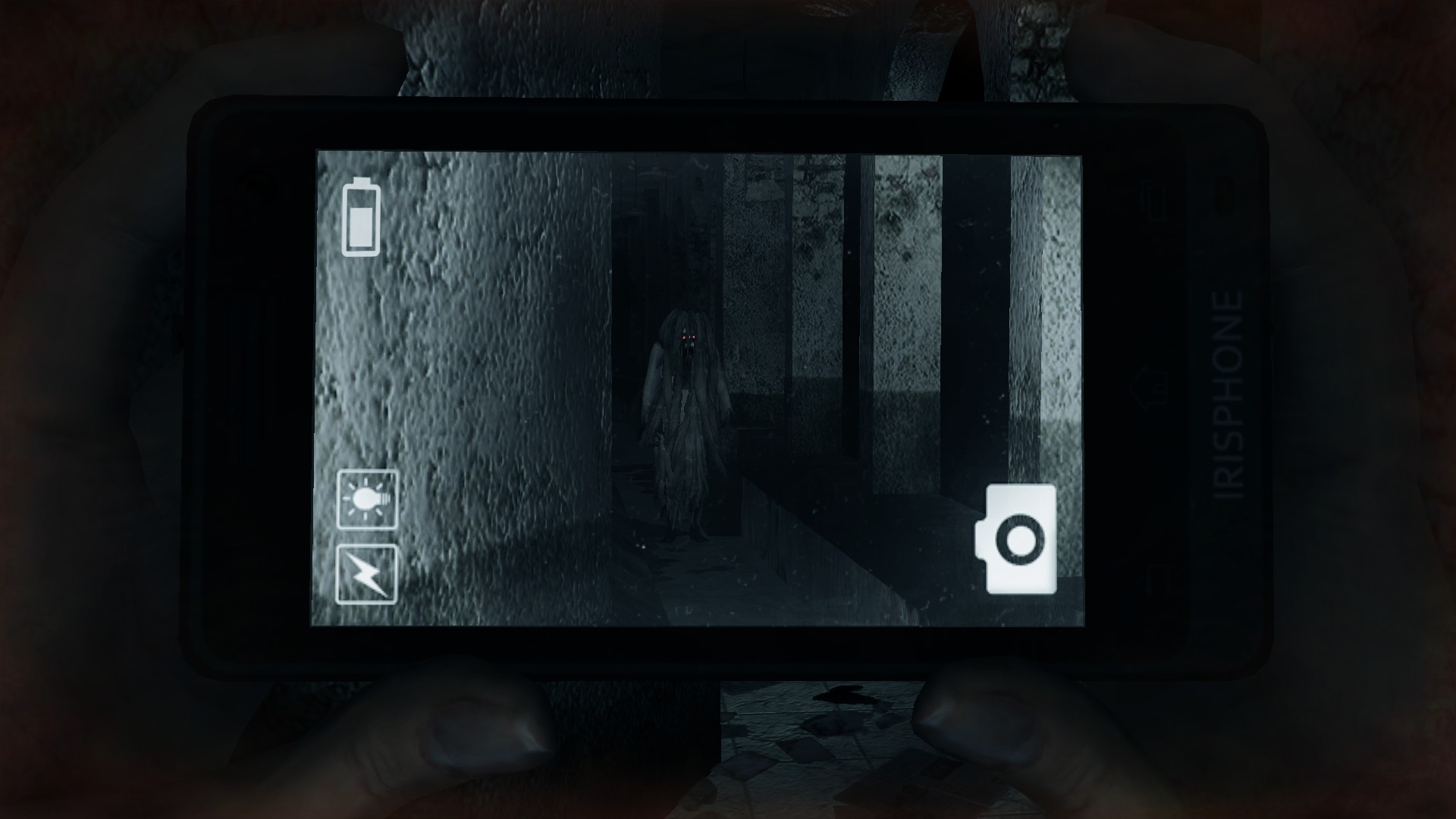 To channel Marge Simpson: this is less encouraging 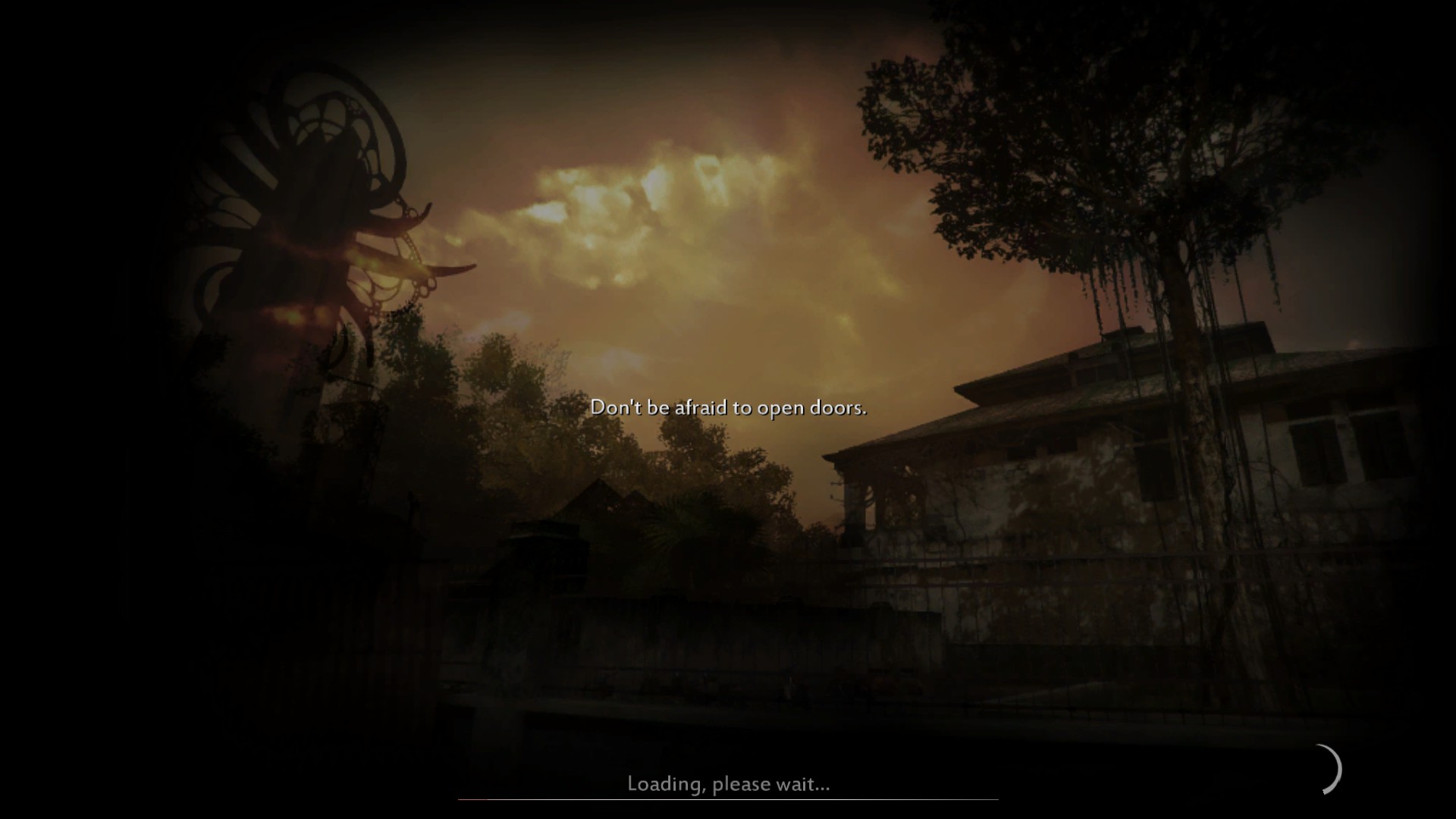 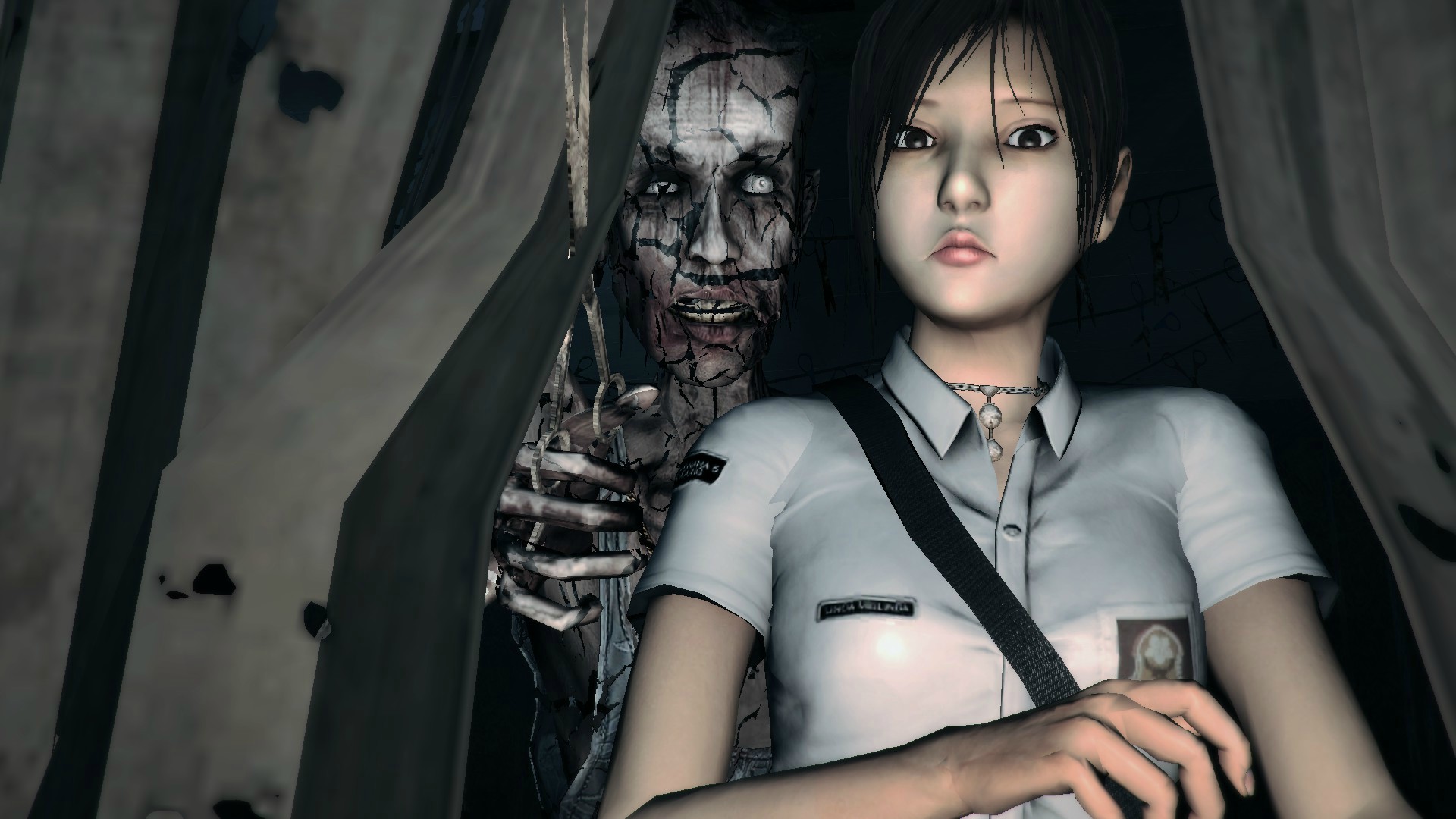 I think there must be a canary behind me. Suddenly I can hear this CHEAP CHEAP CHEAP noise 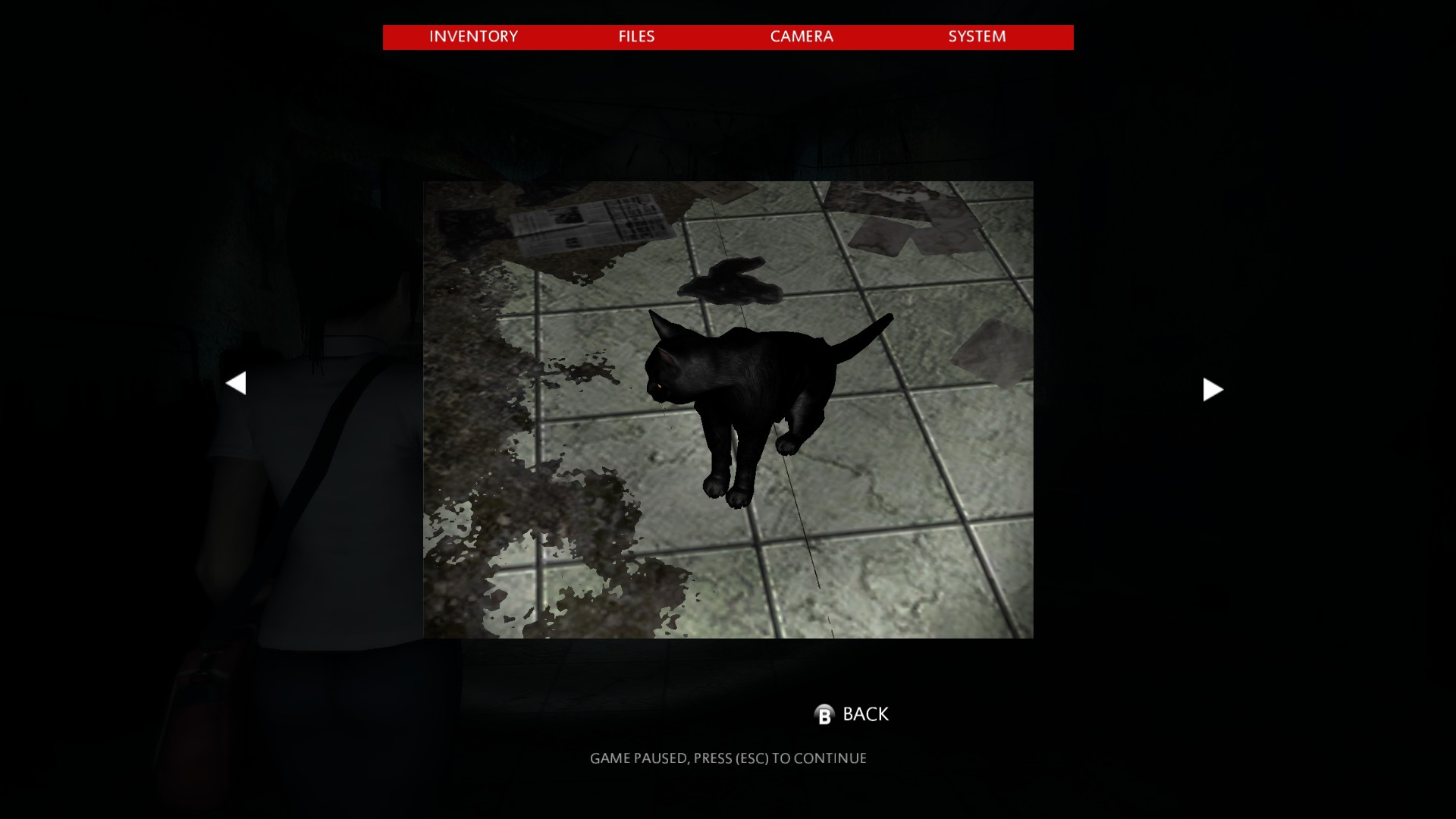 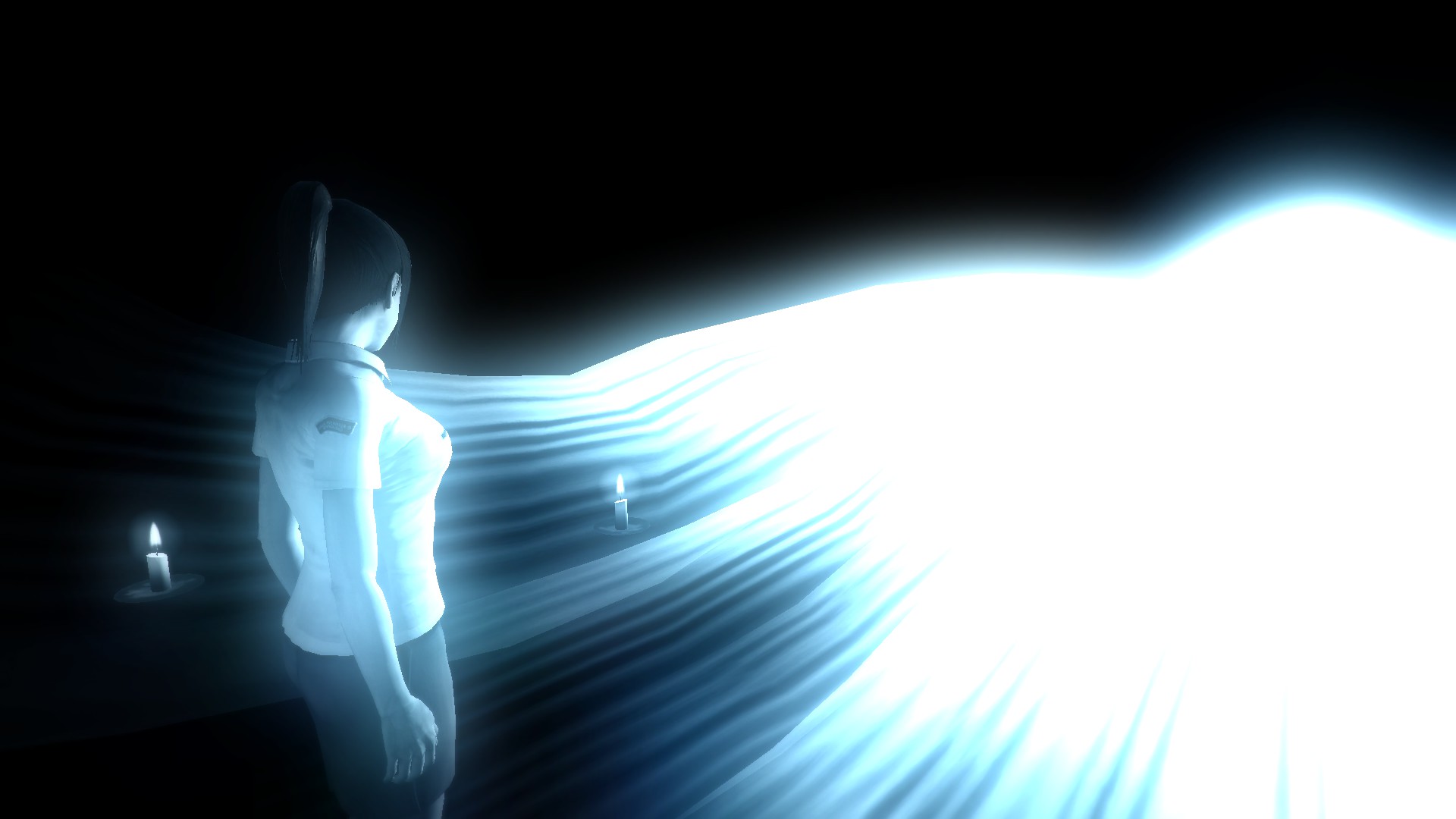 First time I died, woke up surrounded by candles, blurry light in front of me, back to it. Oh, those heady days of innocence 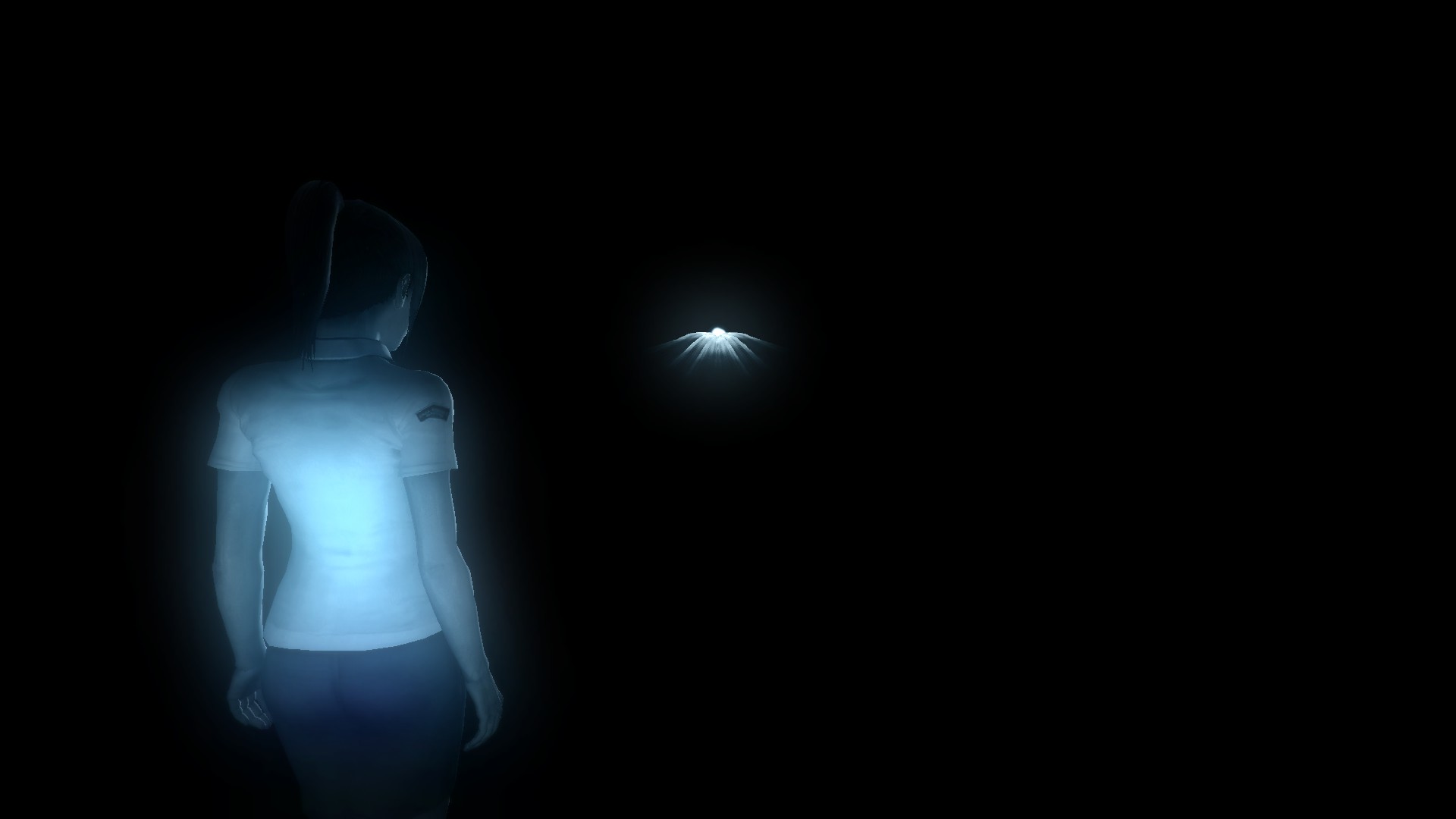 Hmm, it’s going to take me five minutes of running to get back to the light, only to be right back in front of that kill-lock scissor boss, and….what? What’s that you say? Go play Wolfenstein and shoot nazis in the head instead? Why, yes, I think I will