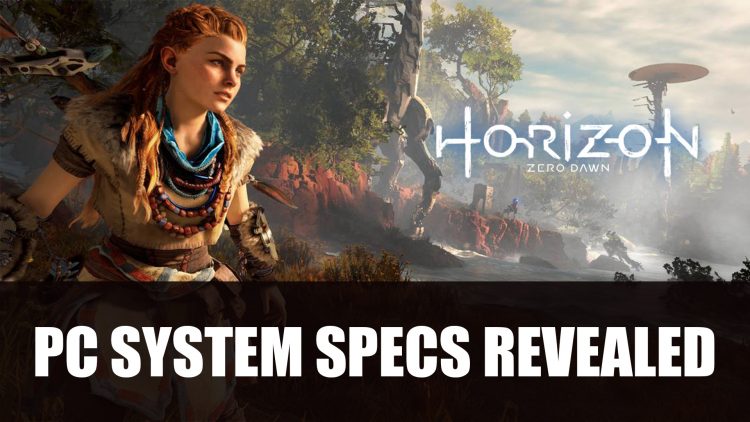 Horizon Zero Dawn is launching on PC next week, the specs for the Action-RPG have been released showing both minimum and recommended requirements.

The Action-RPG Horizon Zero Dawn lands on PC next week, bringing Guerrilla Games’ open-world title to a new platform. Ahead of its launch are new details for the minimum and recommended spec requirements to run the game. If you’re planning on playing on PC you will need a minimum graphics card of Nvidia GeForce GTX 780 or an AMD Radeon R290.

But if you’re looking to see the title in all it’s glory, the recommend graphics card is an Nvidia GeForce GTX 1060 or AMD Radeon RX 580. You can check out the full spec requirements below:

Horizon Zero Dawn is getting quite the upgrade on PC, and you’ll need a decent spec to see it with all its details. The required spaced need for storage is a rather large 100GB.  Previously it was announced the PC version will come with couple of new upgrades including higher variable frame rate, ultra wide support, graphics customisation and some very detail reflections. There was also the announcement of the sequel Horizon Forbidden West which will be coming to PS5 in 2021. Will you be jumping into to Horizon Zero Dawn? Let us know in the comments below.

Horizon Zero Dawn is coming to PC via Steam on August 7th and it currently available to play on PC.