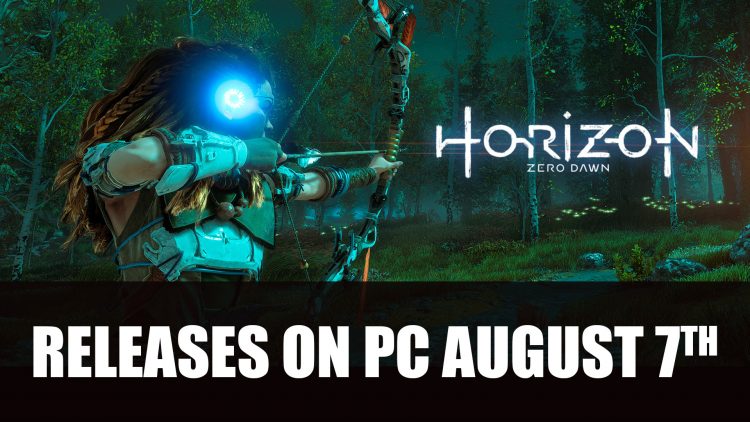 Guerilla Games have finally announced that Horizon Zero Dawn will be coming to PC this August.

PC fans rejoice as Horizon Zero Dawn has been announced to be coming to PC this August 7th. The Action-RPG will be releasing on Steam as the Complete Edition of the game, this means you will get the original version along with the DLC The Frozen Wilds, a digital art book and some additional in-game outfits and packs. You can pre-purchase Horizon Zero Dawn at the retail price of $49.99.

Along with the announcement is some brand new footage of Horizon Zero Dawn running on PC, getting a major upgrade on a new platform. It comes with a higher variable frame rate, ultra wide support, graphics customisation and some very detail reflections. So if you thought it looked pretty good on PS4 Pro, it will look even better on PC.

Guerrilla Games also recently announced the sequel Horizon Forbidden West which will be coming to PS5 at some point in 2021. The sequel sets to be far more expansive than the first entry, highly detailed and will require “virtually no loading screens”.

Horizon Zero Dawn is currently available on PS4 and will be coming to PC via Steam on August 7th.

For a round up of recent RPG news find it here in Top RPG News Of The Week: July 5th (Cyberpunk 2077, Monster Hunter World, Anima Song From The Abyss And More!).