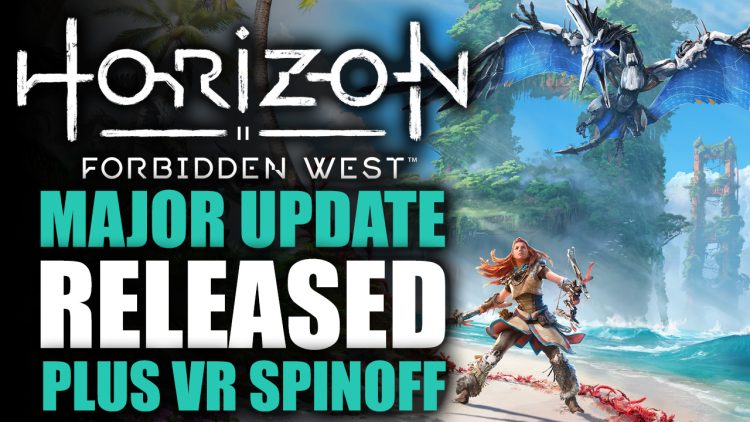 Horizon Forbidden West and Call of the Mountain were two of the big highlights in yesterday’s June 2022 State of Play.

Fans of the Post-Apocalyptic Horizon series have some more things to look forward to, thanks to Sony’s June 2022 State of Play. One of the highlights was that Horizon Call of the Mountain received its first in-depth look at gameplay in a new trailer. Next, Horizon Forbidden West gets a meaty update that warrants a return to the Sundom and the Forbidden West.

What’s good about each of these? Let’s find out!

Guerilla Games is proud to release Horizon Forbidden West’s Patch 1.14, which is a major update in terms of additions. The team has heard the calls of fans of Aloy and the machines, has listened to feedback and implemented some popular requests.

Both PlayStation 4 and PlayStation 5 consoles will be receiving Patch 1.14, available for download right now. As with any patches, this update will also include many bug fixes and other optimizations that are not listed below. These are just the highlights.

First up is the much-awaited New Game+ mode. This lets Aloy begin her journey fully decked out in endgame gear, and have access to exploration tools such as the glider. Of course, Horizon’s New Game+ will feature new gear, trophies, and face paint to collect and show off. 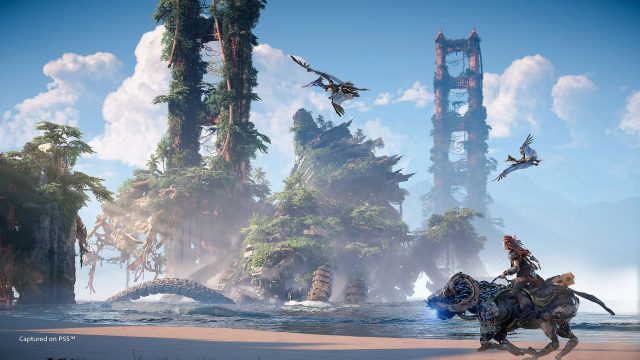 The Ultra Hard difficulty will also now be available for players that want more of a challenge in the game. Perhaps facing off against Thunderjaws wasn’t hard enough. This ultra-difficult mode will be accessible by new players or those attempting a New Game+ playthrough.

Next is a huge improvement to the game’s Performance Mode which targets 60 fps. While the game did run super smoothly in this mode, there were problems with the Anti-Aliasing implementation as well as some shine introduced because of their methods. 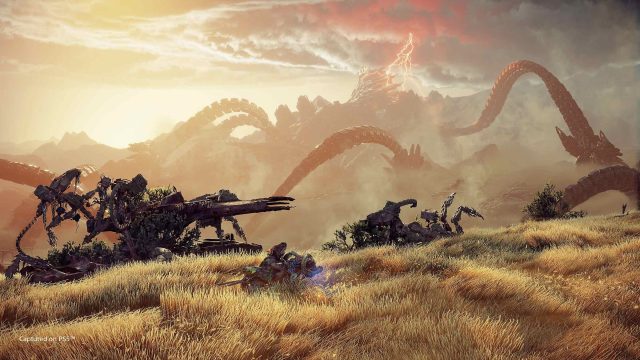 Forbidden West Performance Should Be Better

Guerilla Games has now improved their implementation of Horizon Forbidden West’s Temporal Anti-Aliasing. This should make things much smoother to look at and remove any jagged edges around some visual elements such as vegetation. Early reports also claim that the game still runs as smoothly as before, so the visual upgrade is quite stunning in motion. It also seems that the dynamic resolution scaling isn’t as harsh as it used to be, ensuring the highest resolution at any given moment.

Lastly, Guerilla Games is working on its next performance update. They plan to include Variable Refresh Rate (VRR) as well as a 40 fps mode for 120hz screens.

Horizon Call of the Mountain 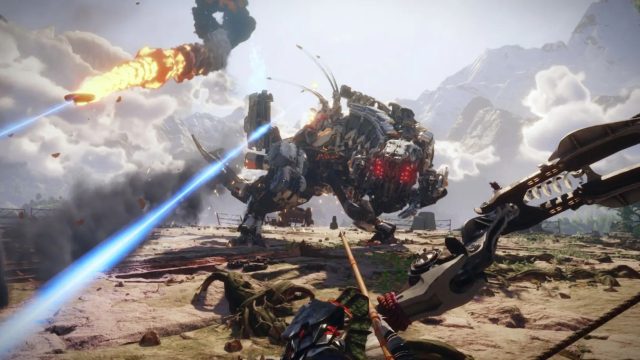 Come on, You Got This

We’re put into the shoes of former Shadow Carja, Ryas. Much like Aloy (who you’ll also be able to meet in your travels), Ryas is also a master at bow and spelunking. As such, a big chunk of your time will be climbing up mountains, rappelling through zip lines, and most importantly, shooting arrows at wayward machines.

Just like the mainline games, you will be able to collect loot and upgrade or customize your equipment in Horizon Call of the Mountain. 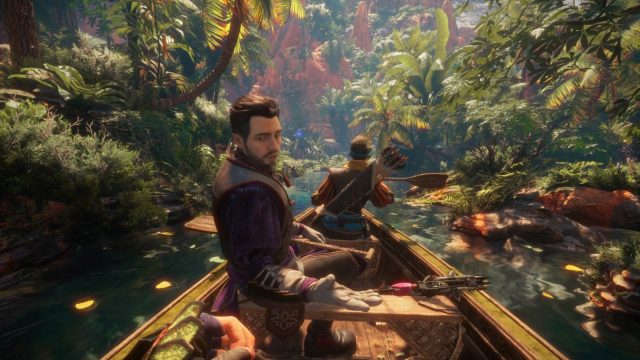 Also, a new River Ride experience is a neat way to show off all the cool tech and what the PS VR2 headset is capable of. You’ll be able to sit back and relax on a small boat while sailing through the jungles. Who knows, maybe some machines will even come and say hello.

The Journey Has Just Begun

Horizon Forbidden West’s Major Update 1.14 has already been released and should be downloadable right now. Early impressions are very positive, and in some cases, warrant a second (or third) playthrough. Call of the Mountain, however, does not yet have a solid release date as of writing. 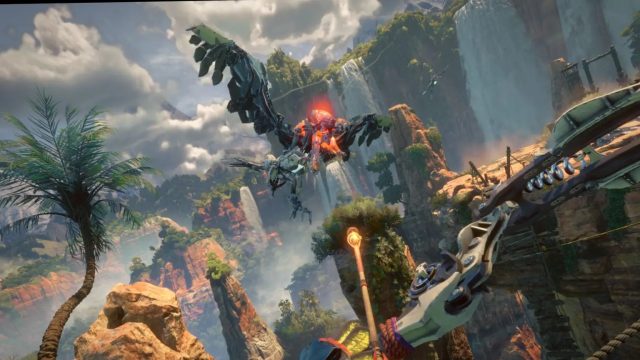 Look at Horizon In A Way Like Never Before

If you’ve ever wanted to try getting into the Forbidden West, the upcoming PS Plus Deluxe will have a 5-hour trial available, along with Cyberpunk 2077. Also, check out our Review and Top 10 Tips for new players.

For more news, check out our Top 5 RPGs of June 2022. View the rest of our coverage for the State of Play Here: