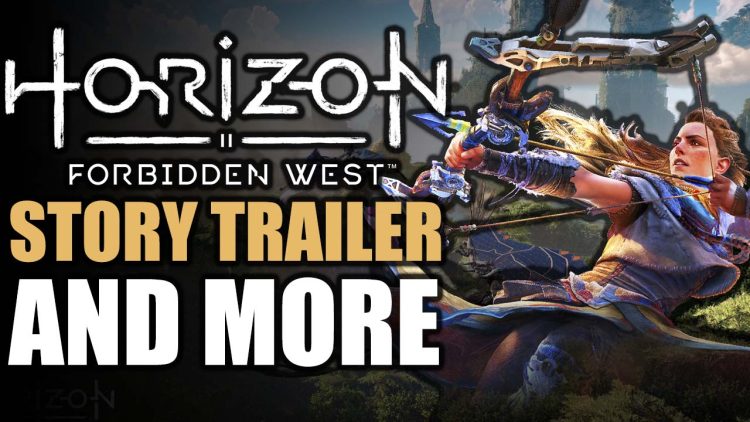 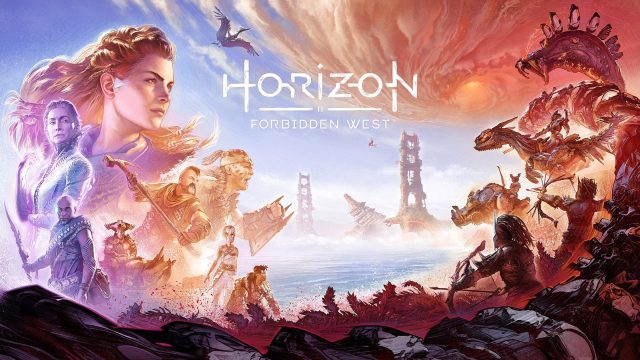 Horizon Forbidden West unveiled its latest trailer on January 19th. This focused on the story, and what Aloy’s motivations are for moving into the Forbidden West. Aloy will have to combat a world-ending blight, rebel leader Regalla and her hordes, and even a familiar foe.

The Horizon series follows our heroine Aloy, as she wanders a post-apocalyptic world. This world is filled with fantastical and majestic robotic creatures. Horizon Zero Dawn, the original game, was developed by Guerilla Games and released on February 28, 2017. The sequel is set to release on February 18th, 2022 which will be almost 5 years apart.

Combat was extremely varied as Aloy had multiple options for dealing with her enemies. She had access to stealth kills, taking down foes with brute force, or by setting traps and tripwires and using guile to defeat any threats. Forbidden West is shaping up to have even more options. It was previously announced that she’ll have more tools at her disposal, including a grappling hook and more melee options.

The machines that are supposed to help humanity have started losing control once again. This is likely due to the “red blight” that has started affecting them. To find a solution to this, Aloy must venture into the Forbidden West. Here, war is power, and peace is the exception. Our heroine must go against the vengeful Regalla. This new foe is extremely dangerous and kills anyone who would dare go against her. She has legions of followers, has an ample supply of weapons, and can even control the machines just like Aloy can. 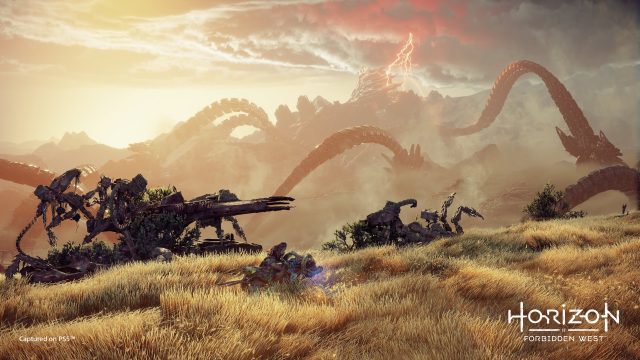 Tribes of the Forbidden West

The previous trailers featured some of the tribes that will be present in-game. The Oseram and the Carja make their return from the previous title. New tribes include the Utaru and the Tenakth. The Utaru are trying their best to heal the land from the red blight’s corruption. The Tenakth on the other hand, are a warring tribe made up of three separate clans. These clans are in an uneasy truce at the moment, as they are uniting against a common foe – Regalla. 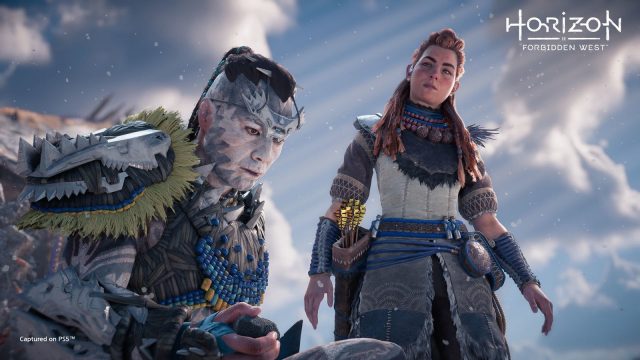 Amidst this is also the rumour of a clan that’s even more powerful, out in the west searching for explanations. They are “strangers past the shore”. Nothing much is known about them. At the end of the story trailer, we are greeted with a robotic voice. This unknown character states that Aloy will find her answers, but warns that she isn’t the only one who seeks them. It is highly likely that this is a reference to the shadowy tribe mentioned in the Tribes trailer. 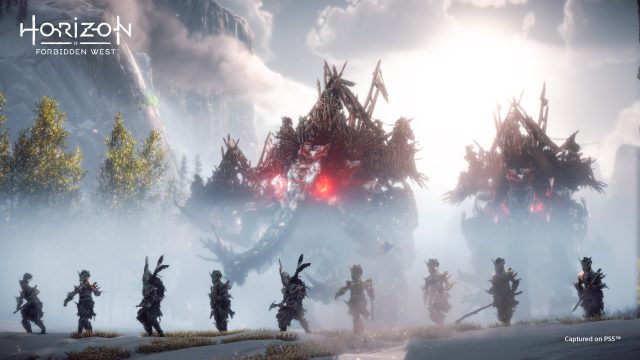 Aloy will need all the help she can get to face off against these new threats. Joining her as well are old friends, such as the hammer-wielding Erend and Varl. She’ll also be joined by three newcomers, Catalo, Zo, and Alva. 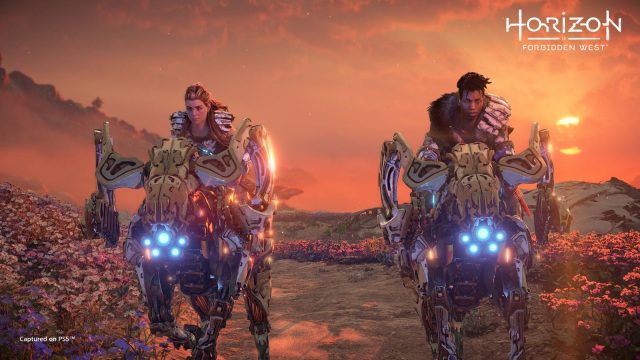 We are also introduced to Tilda, voiced by Carrie Ann Moss. Tilda’s outfit looks futuristic indeed, and even more regal looking than the clothes the holograms in the previous game wore. It isn’t clear whether the visage we see is a projection of some sort, but she clearly isn’t a hologram as those are usually pixelated purple blobs. It also isn’t clear if Tilda will cooperate with Aloy, or try to bring her down. 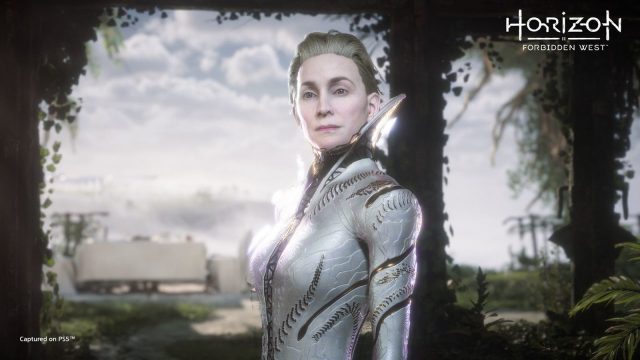 The release date for this highly anticipated game is just under a month away. We cannot wait to follow Aloy into the Forbidden West. It will be great to return to the beautiful world that Guerilla Games has created. Horizon Zero West will be released on February 18th and will be available on PlayStation 5 and PlayStation 4. 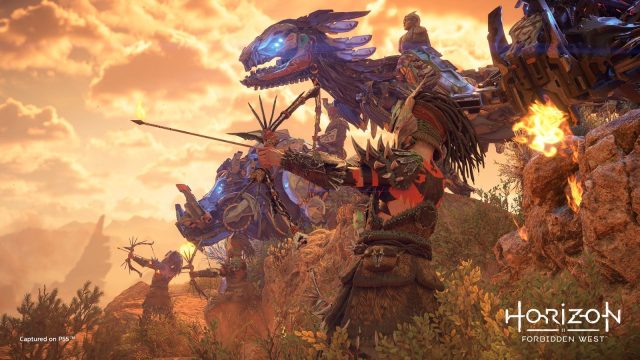 War is King in the West

For more Forbidden West coverage, be sure to check out screenshots for the PlayStation 4 version. We also have a Horizon Zero Dawn wiki for information on the first game. While waiting, be sure to check out some of our other action-RPG coverage for games like ELEX II, Nier, and Nobody Saves the World (which got released yesterday, January 18th).

For more news, be sure to check out Cuphead Gets Netflix Trailer and We Explore the Delicious Last Course and Lost Ark Character Creation and Customisation Revealed in Latest Video.