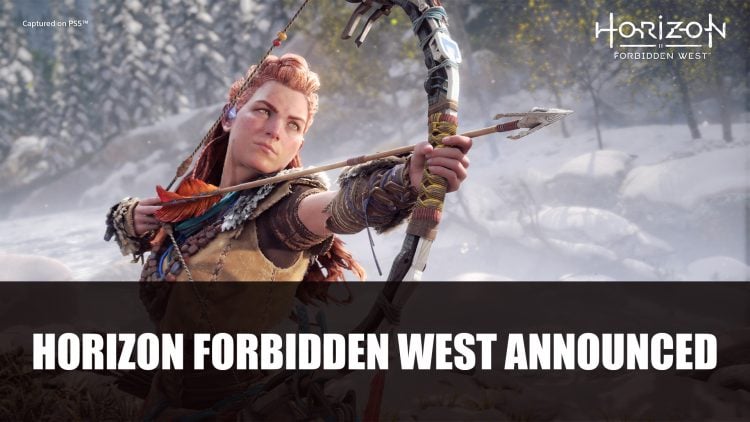 The sequel to Horizon Zero Dawn was announced today called Horizon: Forbidden West which will be coming to PS5.

Set to pick up where the last game left off, Horizon: Forbidden West will follow Aloy heading out…well west into the post-apocalyptic ruins of America. It will continue to investigate the mysteries that caused her world to be destroyed.

It’s the follow up to the 2018 Action-RPG Horizon Zero Dawn, under the developer Guerrilla Games. In the trailer it features some new elements being added with this sequel including underwater exploration and the introduction of new robot type creatures to fight in the dangerous frontier.

This confirms the previous rumours that Guerrilla Games was working on a sequel, which were sparked by job postings concerning a “new open-world game”.

These hi-res screenshots from Horizon Forbidden West capture some of our favorite moments from the announce trailer!#HorizonForbiddenWest pic.twitter.com/qPoVCssIoI

No release date was given but it has been confirmed to be coming to Playstation 5 as an exclusive according to the trailer.

For more news from today’s Playstation 5 event be sure to check out next Demon’s Souls Remake Announced and Godfall Reveals First PS5 Gameplay Trailer.